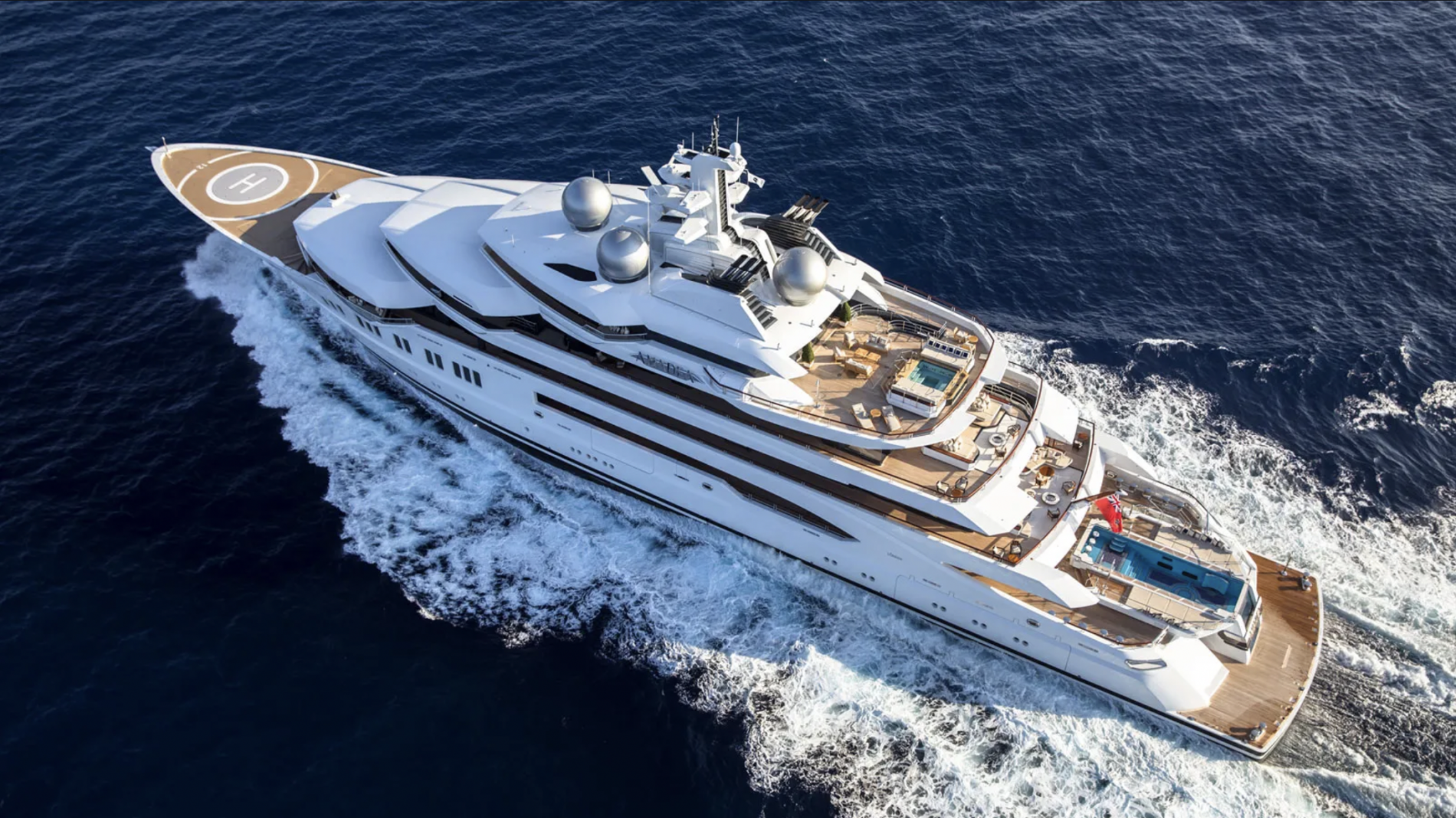 Amadea, the 106m behemoth from German shipyard Lürssen, was delivered in 2017 and measures an impressive 106 metres LOA. Evgeniy Kochman, which acted as the owner’s representative during the construction process, has described Amadea as “one of the most detailed vessels ever built.”  With an ornate design by Espen Øino International and interiors by Francois Zuretti, Amadea boasts impressive attention to detail. BOAT discovers some of the most unique features on board...

A private cinema is located on the bridge deck, with movies shown via a full retractable projector and big screen and complemented by a popcorn machine. To make the experience even more immersive, the sofas are controlled by D-Box motion control, and can move forwards, tilt backwards and shake in sequence with the films shown on screen.

2. A five-tonne albatross adorns the bow

Weighing as much as five tonnes and constructed entirely from stainless steel, an enormous albatross figurehead has been welded to the front of the yacht, with its vast wings wrapped around the bow. The piece was created by Dutch artist Willem Lenssinck and designed in an art-deco style.

3. There’s a live lobster tank in the galley

The galley on the top deck has a live lobster tank so foodies can enjoy the freshest seafood grilled over the giant barbecue. The area has also been designed in an open, chef’s table style so guests can be involved in food prep.

4. Live bands can entertain on the party deck

The party deck has the ultimate entertainment set-up. The spa pool and sunbeds can convert into a live stage with 20,000 Watts of built-in speakers, stage lights and laser beams. Bands and DJs can plug directly into the ship’s audio system for optimum sound quality. Even at half volume, "you could feel your chest pounding," according to the captain.

The owner’s cabin has a private terrace complete with a mosaic-lined spa pool. Overhead, a fresco of the night sky with the Zodiac constellations is lit up by 2,000 fibre-optic cables and a spinning disk that creates a twinkling starlight effect.

Everything on board, from the entertainment to the curtain and blind controls, is controlled by iPads. In fact, there are more than 6,500 electronic devices throughout the interior.

7. The helipad has some extra special features

For smooth arrivals and departures, Amadea is equipped with a helipad that can accommodate a craft of up to 3.5-tonnes, specifically an Agusta 109 or an EC135. But, going far beyond class requirement, the landing area also features a glide path indicator which resembles a dormant party light on the foredeck.

Once the favoured piano brand of Chopin and Ravel, Peyel was responsible for the Directoire baby grand piano that decorates Amadea’s interior. The soundboard and ribs of the piano are built of solid spruce from Italy’s Fiemme Valley and the hardware, including pedals and hinges, are made from 24kt gold. The vines and flowers adorning the instrument are hand-painted by Pierre-François Battisti, and the piano in total took 18 months to construct.

9. There's plenty of equipment for a beach party

If guests want to stretch their sea legs on shore, Amadea is equipped with a crane that can lower the on board hog-roaster to the ground for a beach party feast. Other items tucked away in storage include a limo tender, a Pascoe beach lander and a cabrio sports boat for bringing guests to the shoreline.

Despite the incredible amount of detail that went into Amadea’s design, the build took just 31 months from the first steel cutting until delivery to her owner. For a yacht of her size, “that is very fast,” attests Michael Breman, sales director at Lürssen. The build was able to be completed so swiftly thanks to similar technical specifications as a Lürssen project launched in 2014, the 104 metre Quantum Blue.