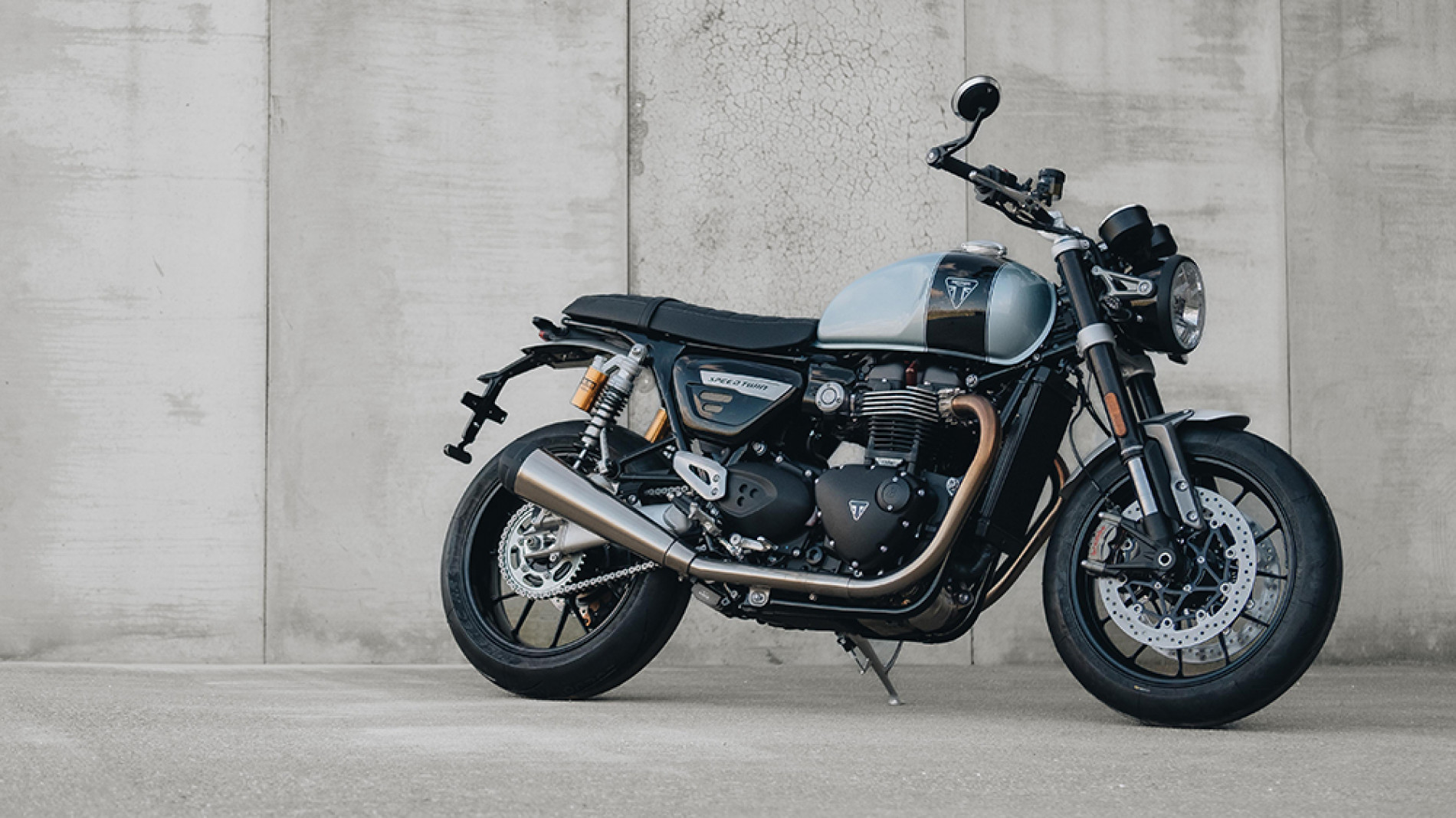 Some collaborations make so much sense that you can’t help but wonder why they didn’t happen sooner.

Two of the UK’s preeminent luxury brands, Breitling and Triumph, have finally joined forces. And just as you’d expect from the watch maker and motorcycle manufacturer, there first joint project has resulted in a limited-edition timepiece and bike, both of which were inspired by café-racer culture of 1960s London.

The Swinging Sixties was a decade to remember for both brands. Triumph’s athletic and stylish two-wheelers were the vehicles of choice for young people zooming around the British capital from one café to the next (hence the bikes’ café racer nickname). Meanwhile, Breitling released the Top Time, a chronograph designed for “young and active professionals” that was inspired by the speed-driven style of the day. Like Triumph’s motorcycles, it would prove to be a hit.

Breitling is releasing a special version of that chronograph called the Top Time Triumph as part of the collaboration. The limited-edition watch features a brushed ice blue “Zorro” dial that showcases both brand’s logos. The hue is inspired by color of the 1951 Triumph Thunderbird 6T motorcycle Marlon Brando rode in The Wild One and a noted Top Time from the ‘70s. It comes with a racing-style black leather strap, an etched caseback and is powered by the watchmaker’s Caliber 23 movement. It has a 48-hour power reserve.

Triumph, meanwhile, is releasing an exclusive version of its Speed Time motorcycle. The bike is the modern-day successor to the brand’s café racers. The Speed Twin Breitling Limited Edition has a polychromatic blue color scheme that matches the dial of the latest Top Time, along with a custom instrument panel, engine detail and premium leather seat that all bear the Breitling name or logo. Anyone who buys the bike, which is limited to just 270 units, will also have the chance to get an owner’s version of the Top Time Triumph, which features a sunray dial and is engraved with the same number as their motorcycle.

“Triumph’s heritage and modern-retro aesthetic are just two of the many things we have in common,” Georges Kern, Breitling’s CEO, said in a statement. “Their blending of tradition with technology is completely in sync with what we do.”

The two exclusive releases are available now. You can buy the Top Time Triumph from Breitling for $5,500 and the Speed Twin Breitling Limited Edition from Triumph for $21,800.

What better way to relive the café-racer lifestyle?