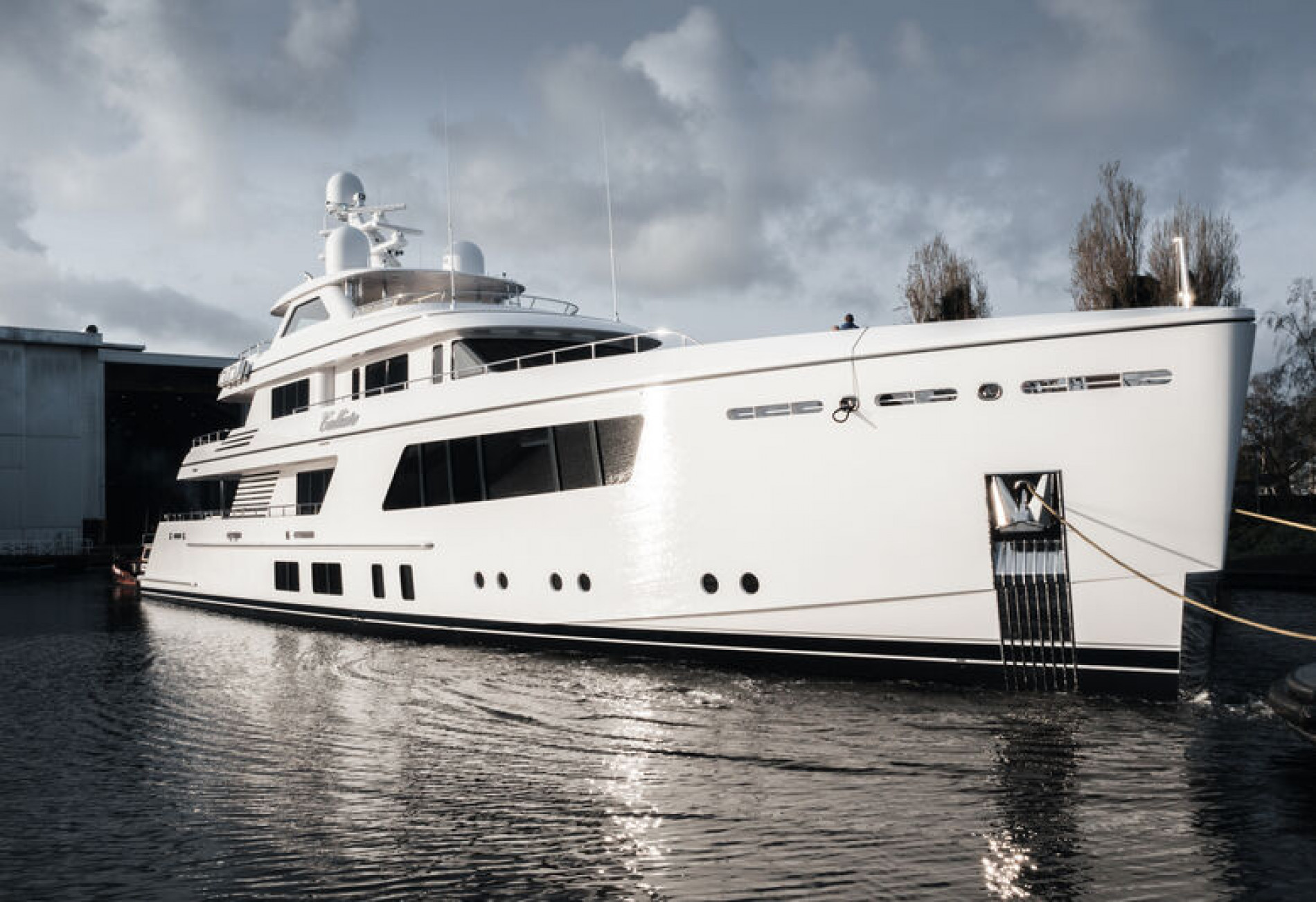 The 42.5-metre Feadship superyacht Callisto was launched at the Feadship facility in Aalsmeer, Amsterdam this morning. The yacht features exterior design from De Voogt Naval Architects, while her interior comes from the boards of Sinot Yacht Architecture & Design.

The yacht was first unveiled in April 2021 when her hull was launched at Gouwerok shipyard in Aalsmeer and relocated for the next stage of construction. She was sold in late 2019 in a deal closed by Camper and Nicholsons and is expected to be delivered in the coming months.

Callisto can accommodate as many as 12 guests between five staterooms. She has a tri-deck arrangement. The 500 GT motor yacht has been built in aluminium and will be capable of reaching up to 21 knots, powered by twin MTU engines.

Callisto has been designed to the exact specifications of her berth in the Mediterranean and has been built for repeat Feadship clients who took delivery of the first 65.2-metre Callisto in 2006.