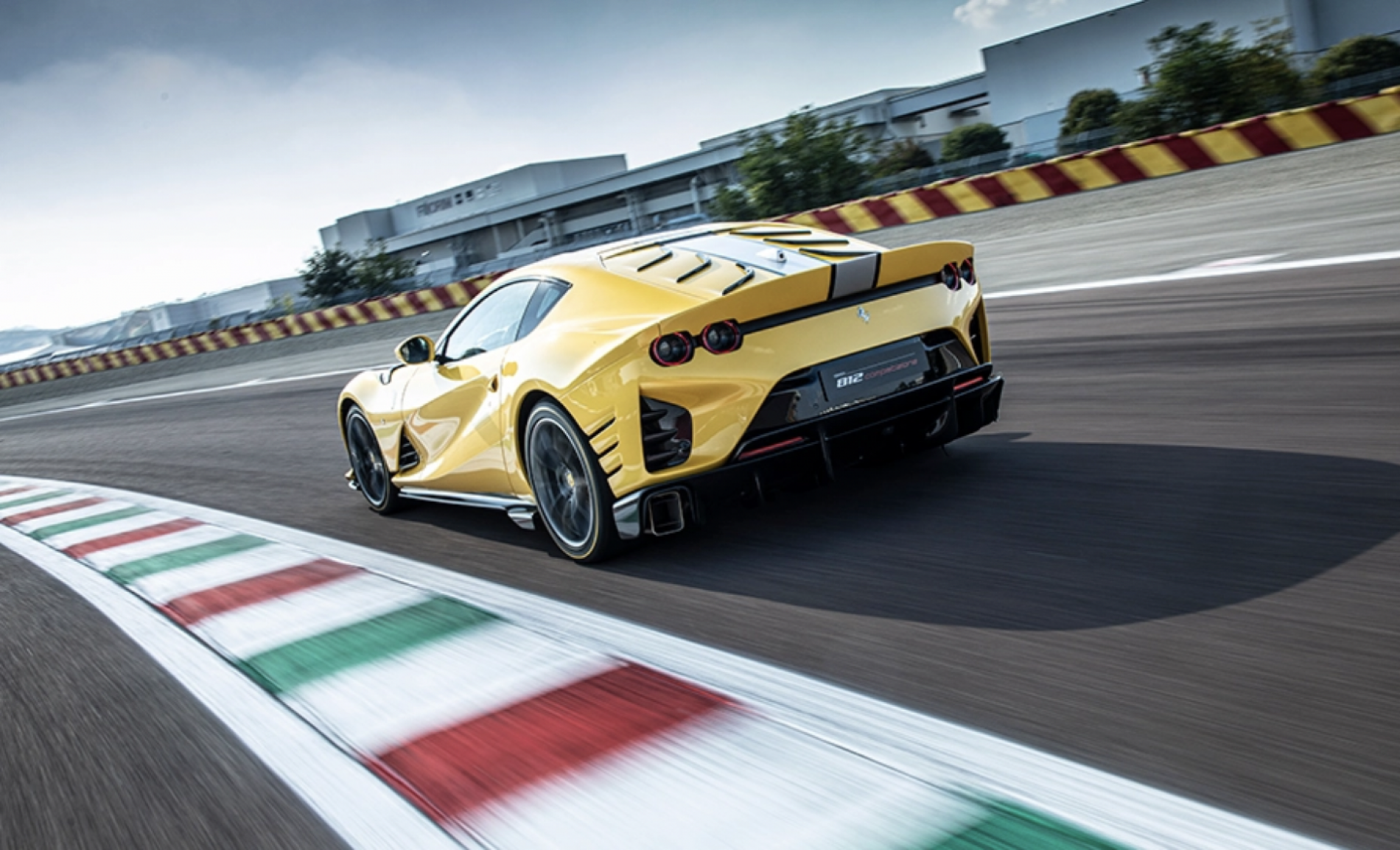 FIRST DRIVE: FERRARI'S SNARLING 812 COMPETIZIONE IS AN 818 HP TRIUMPH OF FORM AND FUNCTION.

Equipped with a 6.5-liter V-12, it's the most powerful naturally aspirated road-going mill in Ferrari history.

Despite the invasion of hybrid power trains, all-wheel drive and a first-ever V-6-powered road car, the soul of Ferrari’s 73-year-old lineup rests on a timeless formula: power delivered to the rear wheels by a sonorous V-12 engine under the hood. Enzo Ferrari famously resisted switching to mid-engine racecars for years, a decision that hurt his motorsport efforts but endeared Ferrari loyalists to the front-engine layout.

Loyalists, rejoice: Ferrari’s new, limited-edition 812 Competizione keeps a flag planted firmly in tradition, a race-inspired special that follows the front-engine, 12-cylinder paradigm while introducing a slew of innovative workarounds for added speed. The Competizione’s 6.5-liter V-12 is the most powerful naturally aspirated road-going mill in Ferrari history, sending a whopping 818 hp to the back tires. Press the red “Engine Start” button on the steering wheel and you’re treated to that unmistakable V-12 snarl, like a jungle cat poked with a hot iron.

Much of the Competizione’s aero prowess is owed to ingenuity. Ferrari engineers rarely position large wings at the back of street-legal cars, and the challenge of avoiding an enormous appendage on the 812’s rump inspired a novel solution: replacing the rear window with carbon-fiber vortex generators attached to a solid piece of painted aluminum. The hockey stick–shaped flicks divert airflow toward an enlarged rear lip, increasing downforce without resorting to a boy-racer wing. (For those wondering about minor details such as visibility, the rearview mirror is actually a digital display fed by a video camera embedded into a dorsal fin.)

A series of complex diffusers, slots and airflow-management techniques also boost downforce and keep drag to a minimum, all while subtly rebuking Enzo’s famous maxim that “aerodynamics are for people who can’t build engines.” The engineers also added a clever feature to the rear-wheel-steering system: In addition to turning the back rubber in or out of phase with the fronts, it can now toe the rear wheels outward under hard braking to keep the tail in check.

The test for any Ferrari is how well it honors the Prancing Horse legacy while still managing to embrace the future. The 812 Competizione adheres to arguably the most fundamental aspects of its heady lineage—though not the most performance-oriented—while absolutely devouring a racetrack, lagging behind the high-tech, all-wheel-drive hybrid SF90 flagship at Fiorano by just a single second. Consider it a remarkable triumph for both formula and function.