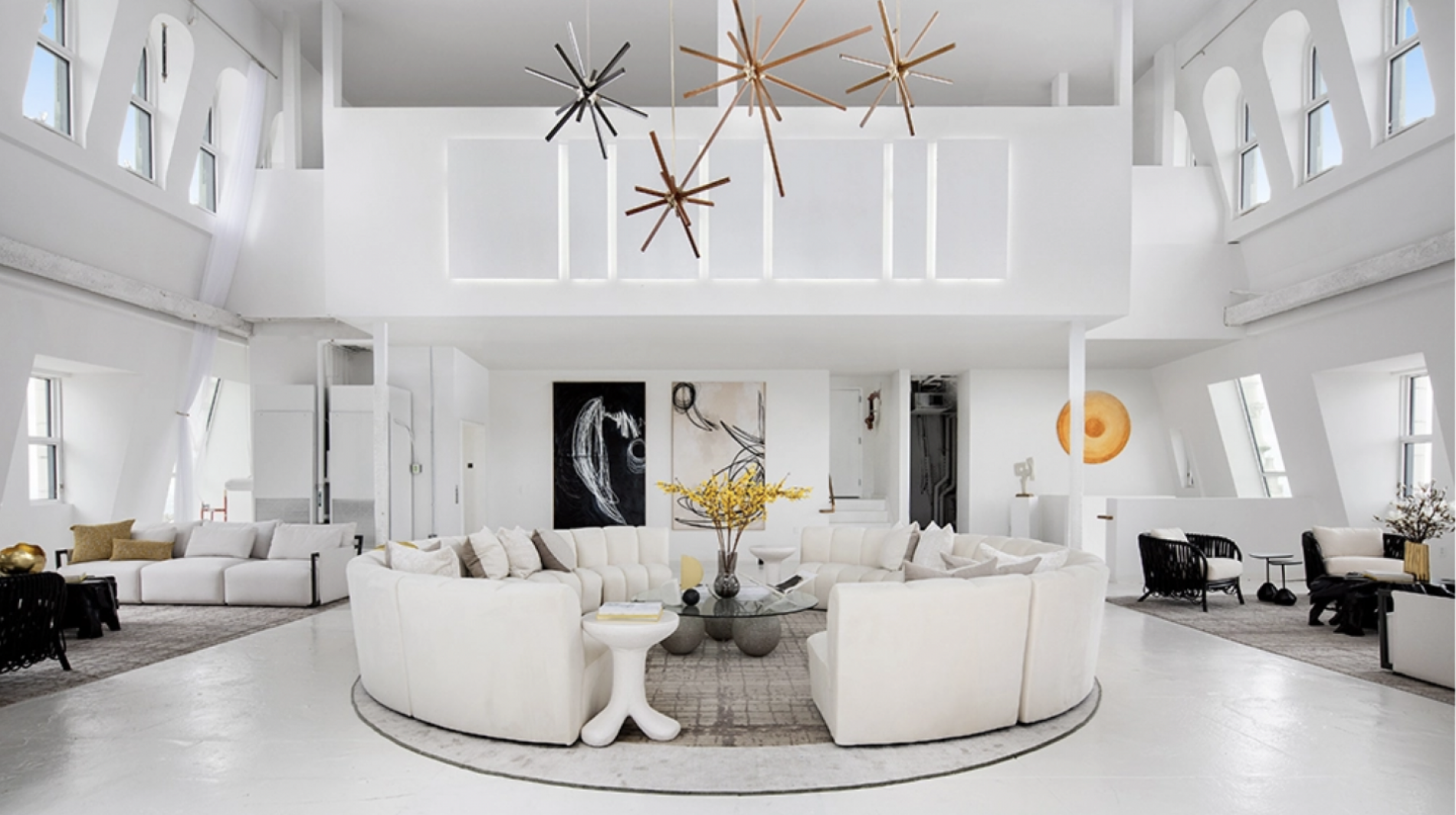 It's a gem in the building's famous crown.

Even out-of-towners have heard of the Woolworth Building. The 792-foot skyscraper in downtown Manhattan was built in 1913 by architect Cass Gilbert for entrepreneur Frank Woolworth, and is instantly recognizable for its Gothic façade. It was an office building that served as the corporate headquarters for Woolworth’s Five & Dime store empire for many years, but the upper floors have since been converted into a series of 33 residential units. Only two remain on the market today, including the uppermost penthouse, dubbed the Pinnacle, for which finished photography is now available for the first time.

Listed for $79 million, the Pinnacle is located in the Woolworth’s famous crown and occupies floors 50 to 58 (the apartment itself is five floors, due to the high ceilings and the original building’s architecture). It’s a 9,680-square-foot residence with an additional 408-square-foot rooftop terrace. This outdoor space used to be a tourist attraction of sorts, as visitors would pay 50 cents to take in the panoramic views of the city; on a clear day, you can see as far as the Atlantic Ocean. A fine enough business model, but we’d advise any future owners against charging guests for observatory access.

In order to comply with regulations, the developer, Alchemy Properties, had to add windows to the space. There are now 125 in the living area to let the light in. However, what’s more intriguing is what Alchemy left alone. While the home is staged, much of the interior architecture was left untouched. Since it’s such a rare space—few other penthouses have so many floors—the team wanted to give future residents a blank slate to work with.

“This is the sort of space where someone is going to have to dictate how they live,” Kenneth Horn, the founder of Alchemy Properties, tells Robb Report.“They can make it a three-bedroom, four-bedroom or one-bedroom. Our feeling was that, because of the uniqueness of the space, someone is going to buy this who really wants to execute on their own vision.” There are two prepared renderings, one from Thierry Despont and one from David Hotson, that can serve as inspiration for prospective buyers.

Since the building is a National Historic Landmark, its restoration and renovation process had to be extremely precise. Alchemy replaced 3,500 of the terra-cotta tiles with new ones using original molds and relocated ceiling elements from Frank Woolworth’s old office to the building’s lobby. The pool, which Pinnacle tenants will have access to, was modeled after Woolworth’s private swimming spot. Other building amenities include a chilled wine cellar, fitness room and private dining and meeting rooms.

Should the Pinnacle be a bit too OTT for your tastes, there’s one other unit in the Woolworth Building that’s still on the market. Dubbed Pavilion A, it was prominently featured in this week’s episode of Succession as Kendall Roy’s war room.