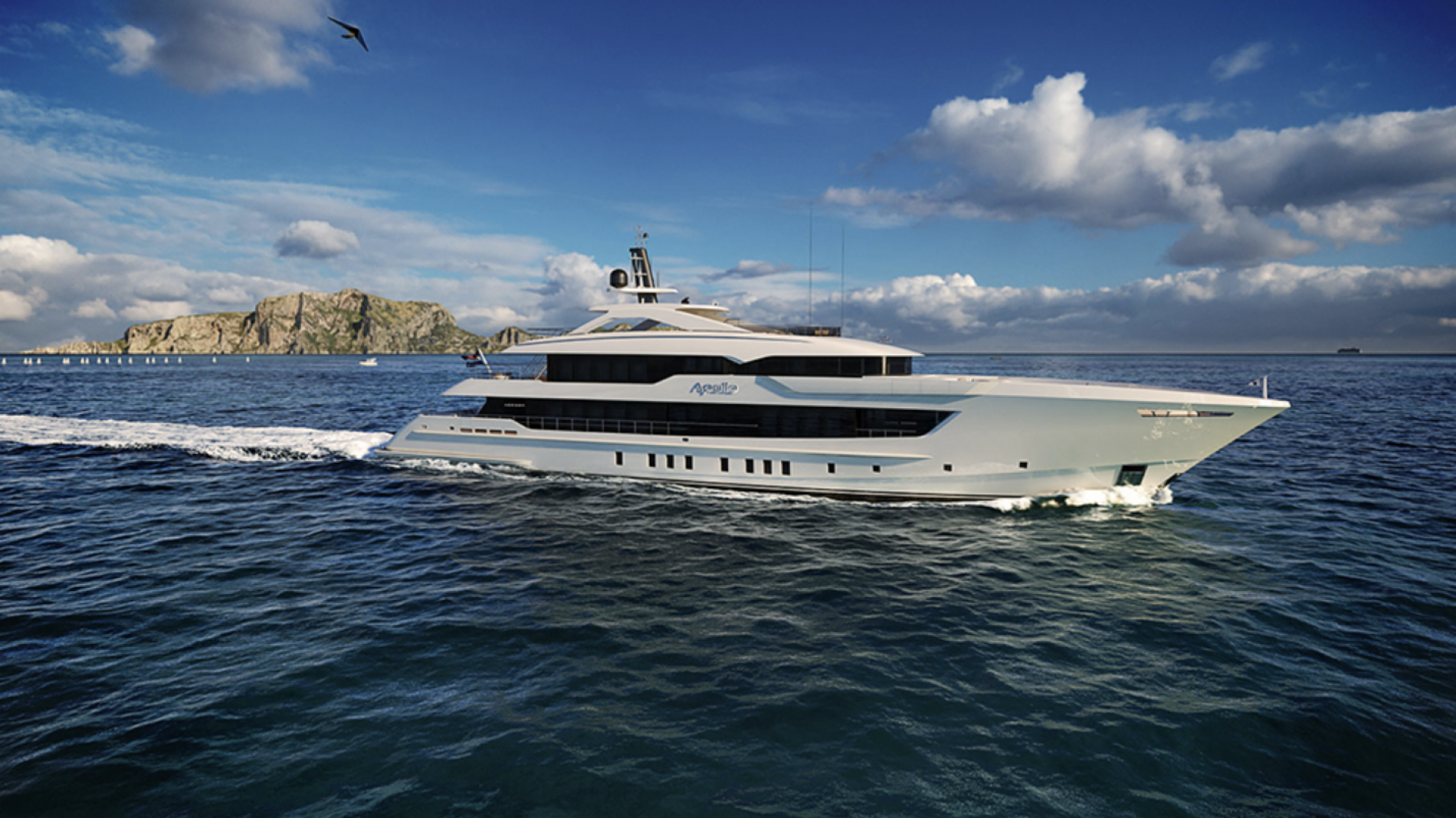 HEESEN'S NEWEST STEEL SUPERYACHT IS CROWNED BY A SPRAWLING SUNDECK WITH JACUZZI AND BAR.

Heesen just flipped the script on one of its most popular superyacht lines.

The Dutch shipyard has unveiled a sleek new vessel, known as Project Apollo, which is the first in the 180-foot (55-meter) Steel class to sport a revised design. Like its predecessors, the superyacht is characterized by a steel fast-displacement hull that is said to offer excellent fuel efficiency, stability and seaworthiness. That’s largely where the similarities end, though.

The 180-footer’s muscular exterior was refined by Frank Laupman of Omega Architects and has been described as the next “evolutionary step.” Apollo sports a more aggressive profile than her counterparts, with large panes of tinted glass and sinuous horizontal lines.

“We opted for a larger expanse of floor-to-ceiling glass, without mullions, in the main saloon and sky lounge,” Laupman said in a statement. “The result is beautiful: we retained the family look and feel, but gave it an elegant touch.”

The interior got a makeover, too, courtesy of Luca Dini Design and Architecture. The central atrium on the main deck now features an extra-wide main staircase from which seafarers can access six spacious cabins. Speaking of cabins, the owner’s apartment has been updated and comes complete with a French balcony and walk-in closets.

Outside, the sundeck has grown in length and now sports a wrap-around bar and Jacuzzi. The exterior furnishings have also been upgraded to give a more modern, upscale feel.

As an added bonus, Apollo’s prospective owner won’t have a long wait time. The project originally began on-spec, which means there’s a much shorter delivery time than a conventional new build. Heesen claims it’s the only Northern European yard to offer a 180-foot steel-hulled superyacht on these terms.

“Our 55-meter Steel is a unique and very competitive design,” Heesen’s CCO Friso Visser adds. “We believe in this proven design platform and have worked with Omega and Luca Dini on creating a yacht that meets the refined tastes of clients who appreciate Dutch quality with a shortened delivery time.”

Apollo’s keel was laid last week at Heesen’s Oss facility and delivery is slated for fall 2023.