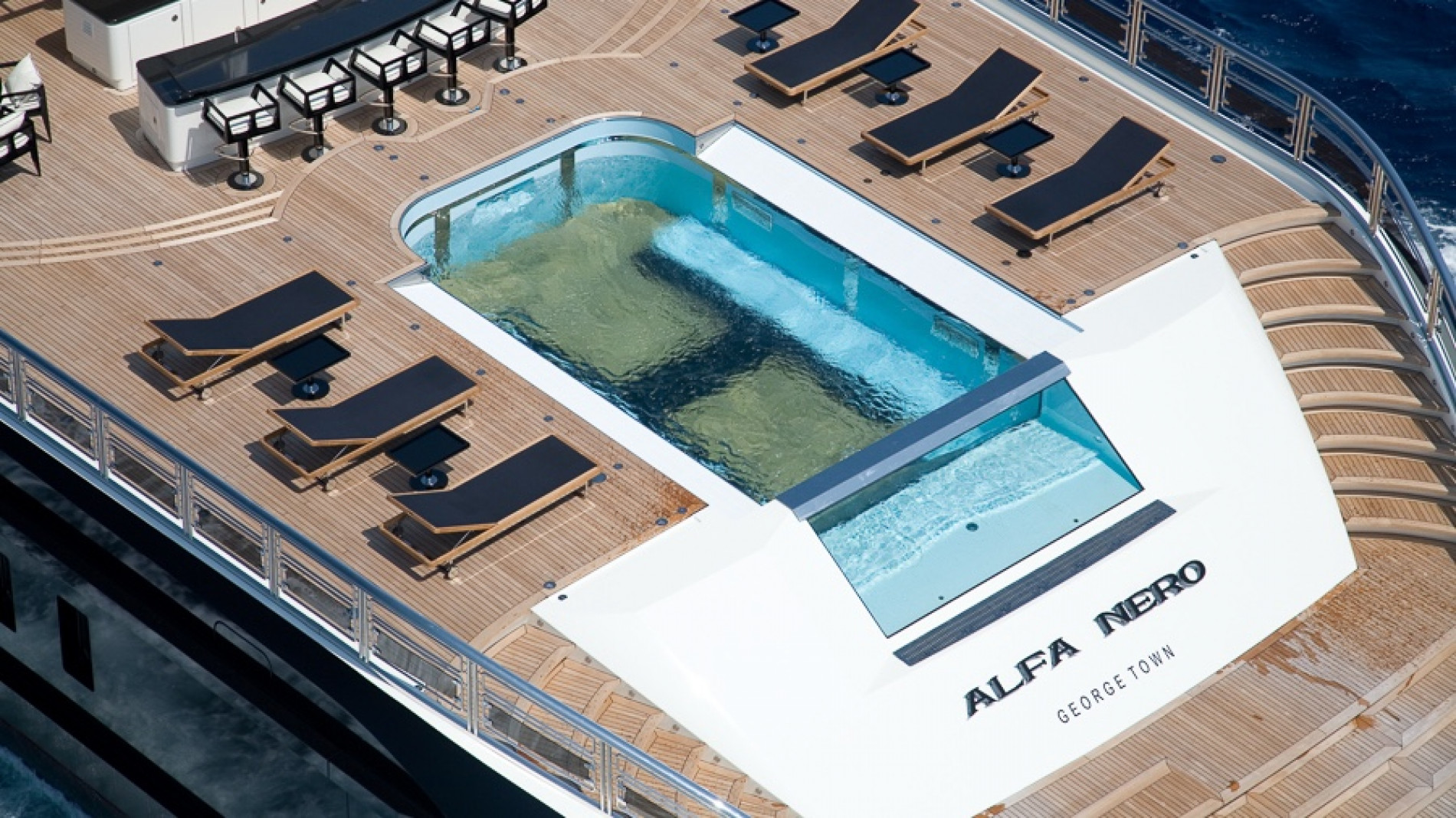 HOW THE WELLNESS TREND COULD TRANSFORM SUPERYACHT INTERIORS

Venice-based Nuvolari-Lenard is rethinking yacht design by replacing formal areas with super-lounges that have swimming pools and libraries.

The concept of wellness and health could lead to a revolution in yacht design, says at least one leading Italian designer. “Never before have we been more aware of the importance of mental wellbeing, health and staying active as a way to enjoy a better, longer life,” says Carlo Nuvolari, chief naval engineer at Nuvolari-Lenard. “Beyond the obvious physical benefits, they allow us to think more sharply, feel less stressed and enjoy the mood enhancing boost of endorphins.”

The Venice-based firm, designer of such landmark gigayachts as the 282-ft. Lürssen Quattroelle, 267-ft. Oceanco Alfa Nero and the 350-ft. Oceanco Black Pearl,  is considered an innovator in yacht design. Each of the yachts above incorporated game-changing features into the design, including enhanced areas for health and wellness. Nuvolari is calling for much more on future yachts—a complete integration of health and wellness into the main sections that are now being under-used.

“Compared to the relatively innovative commercial building sector, the architecture of yachts—and, to a lesser extent, land-based homes—is generally very conservative,” says Nuvolari, adding that areas like salons and formal dining rooms occupy “prized real estate,” but are “unrelated to the way we live today.”

At the same time, gyms, hammams, spas, saunas and cinemas—the areas that promote health and wellbeing—are typically placed in the most remote sections of the yacht, or in beach clubs at the yacht’s stern. “They are isolated locations that receive relatively little natural light and separate those using them from friends and family.”

The designer argues this creates a sense of anxiety for owners, because it’s not “suited” to a modern way of living. “The reality is that most people do not want to be alone to take part in what may be their favorite activities by themselves,” Nuvolari says.

These activities should be better integrated into the primary design of the yacht, says Nurvolari, noting the evolution of the beach club from a single room at the stern of the yacht into an area that now includes a steam room and swimming pool is a start. Taking the concept farther, Nuvolari argues that a multifaceted spa—including gym, cinema, jacuzzi and simple relaxation spaces—should take over the best real estate of the yacht.

The new super-lounge could also include a library and entertainment areas, and space for business meetings. It could be located on the lower deck so it will open onto the water via fold-down balconies that have become more common in the superyacht world.

“We need to provide our clients with new spaces that offer good company in a comfortable setting, so they can spend time doing what they love to do,” says Nuvolari. “It’s our responsibility to offer new pathways to a better life, rather than looking back and doing what has always been done before.”