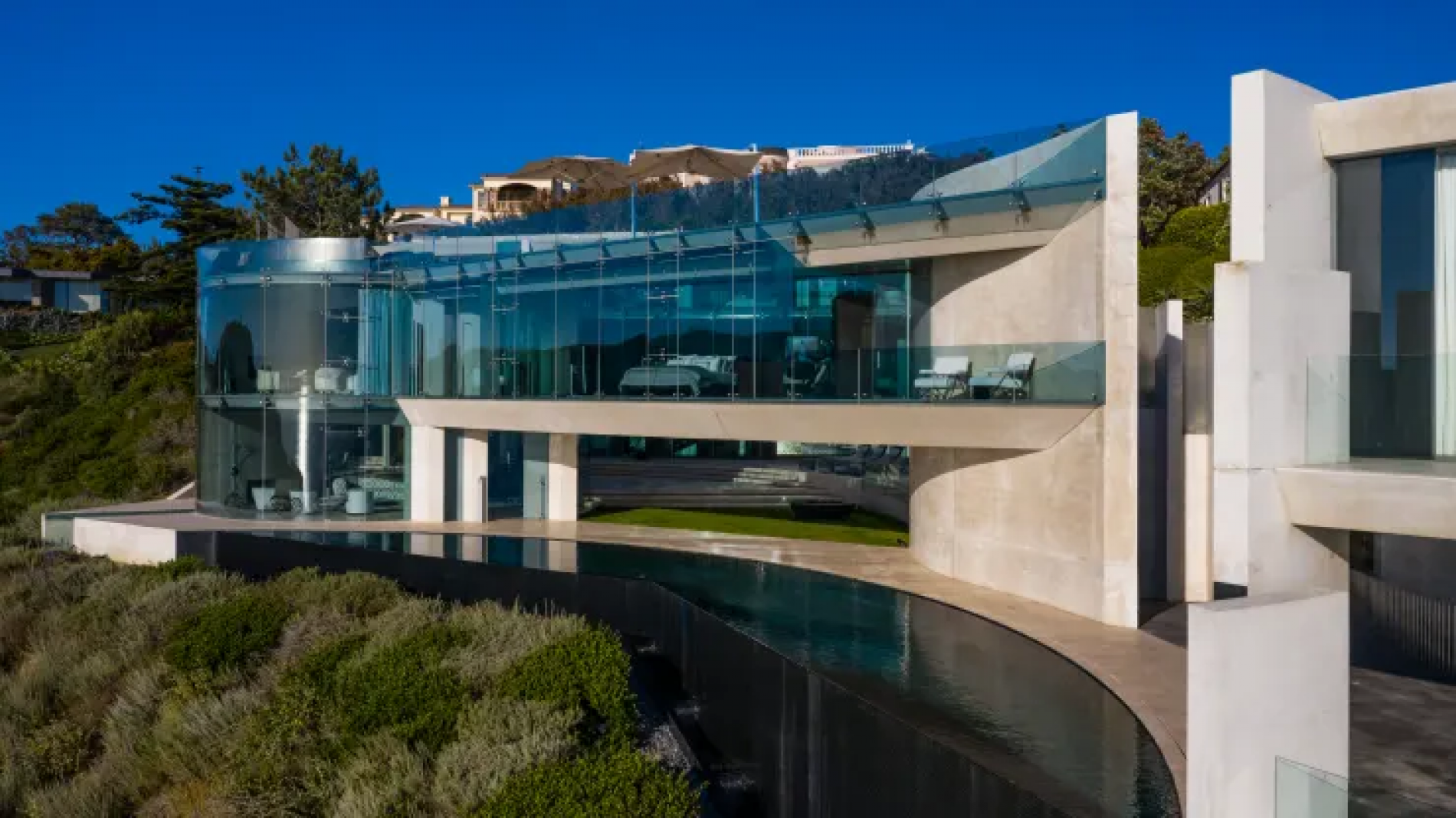 INSIDE THE $23.5 MILLION MANSION POISED TO SMASH ANOTHER LOCAL RECORD IN SOUTHERN CALIFORNIA

A $23.5 million modern mansion overlooking the Pacific Ocean in Southern California is set to officially hit the market on May 14, and in doing so become the most expensive home ever up for sale in the town of Encinitas, California — a coastal community about 26 miles north of San Diego.

The home’s eight-figure asking price is more than double what it sold for less than six years ago.

“Coupled with the high demand for luxury housing that we have seen over the last few years in San Diego and such a rare offering, we believe it is priced where it should be,” said Kelly Howard of Compass, one of the co-listing agents on the property.

The bluff-top home at 532 Neptune Ave. is called Crescent House, named for one of its luxury amenities: a crescent-moon-shaped infinity pool that surrounds a round concrete terrace.

The home already broke the local price record when it traded hands in 2016 for $11.1 million after just 28 days on the market. That sale remains the highest ever achieved in Encinitas history, according to Multiple Listing Service records provided by Howard, who also represented the listing for that record-breaking sale.

“We are confident this house will break its own record,” he said.

If the glass, concrete and titanium structure reminds you of fictional billionaire Tony Stark’s oceanfront mansion in Marvel’s “Iron Man” films, that may be because it’s the work of architect Wallace Cunningham.

Cunningham also designed the ultra-modern Razor House, located less than 20 miles to the south, in La Jolla. The cutting-edge design is believed by some to be one of the real-life inspirations for Stark’s fictional Malibu home, which was created by an illustrator and brought to life with computer-generated imagery.

“Nothing comes close to the Crescent House, except maybe the Razor House,” said Howard.

Both of the homes designed by the award-winning architect feature dramatic curves, striking edges and massive panes of glass that deliver jaw-dropping views of the Pacific Ocean.

Though Stark’s home was destroyed by the superhero’s enemies, Razor House and Crescent House have gone on to make headlines.

Back in 2019, Razor House smashed a local record in La Jolla when it sold for $20.8 million, reportedly scooped up by Grammy-winning singer Alicia Keys and her music executive husband Swizz Beatz.

Crescent House, meanwhile, has been featured in Architectural Digest magazine in 2005 and on the Season 3 premiere episode of HBO’s “Westworld.”

The mansion spans more than 6,300 square feet, across two levels, with four bedrooms, four full baths and two half baths according to the listing. Just about every room leverages its perspective of sky and ocean with floor-to-ceiling windows.

A stunning staircase twists up to the second level, designed by the architect to look like the skeleton of a giant dinosaur with vertebrae and ribs made of stainless steel.

Cunningham told Architectural Digest the house was built to deliver “the sense of being on a ship at sea.” That’s evident in the living area, where, at certain angles, the home appears to be floating over the ocean.

The current owners live in Florida full time, and after six years of holding onto the home, are ready to sell.

If the couple scores their asking price, the sale would deliver a price-per-square-foot of more than $3,700, almost four times the $928 average for luxury homes sold in the county, according to the quarterly Elliman Report. The report defines luxury homes as those in the top 10% of the market.

Howard believes increased demand in the market, plus pedigree design and what he says is an above-average lot size for the bluff-top street, all work in the sellers’ favor and will help command a premium for the property.

The owners also made some upgrades, including commissioning the original architect to add two state-of-the-art fire features and equipping the mansion with smart home infrastructure, Howard said.

Howard told CNBC new coastal building regulations to make replicating a house like this on this site impossible, which further justifies the 112% price increase over 2016, he said.

Historical sales data suggests it’s not as crazy a jump in value as it may seem.

Back in October 2016, the last time Crescent House sold, the median sale price in Encinitas was just over $1.2 million, according to data compiled by the Greater San Diego Association of Realtors. Last month, that number topped $2.4 million, marking a similar doubling in less than six years.

Whether the home can command its full asking price is yet to be seen, but the ask is more than nine times Encinitas’s average home price, and finding a buyer willing to pay a record-breaking price isn’t always easy.

“The discriminating buyer that connects with it and understands it will be willing to pay for it,” said Howard.