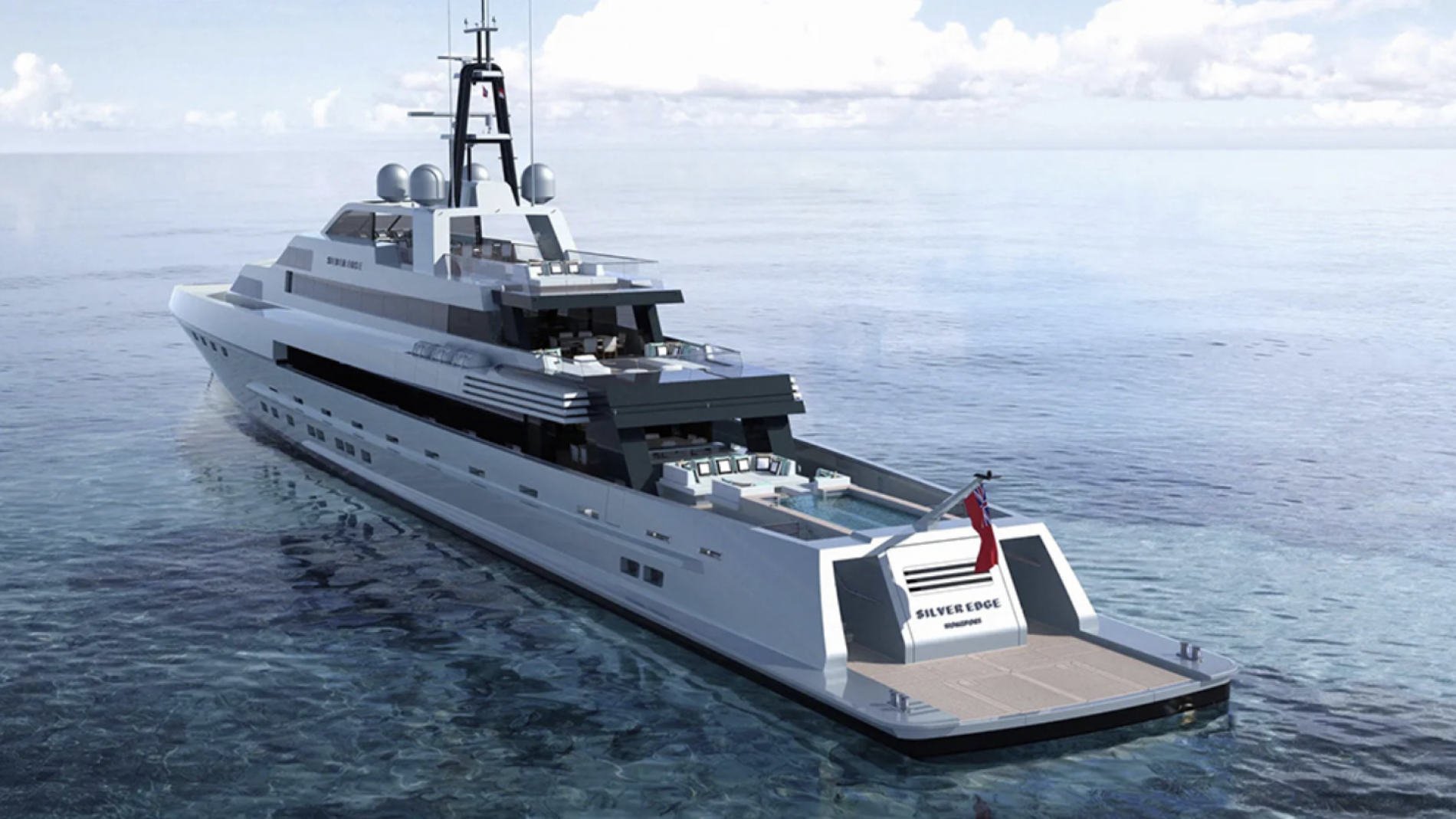 MEET SILVER EDGE, A 260-FOOT SUPERYACHT CONCEPT WITH ITS OWN WINTER GARDEN AND GLASS-BOTTOMED POOL.

The gleaming vessel also sports a beach club, helipad and lots of room for water toys.

The newest concept by SilverYachts is a shining example of marine design in more ways than one.

The 260-footer, aptly christened Silver Edge, sports a gleaming hull and superstructure forged exclusively from aluminum, along with a host of other glitzy amenities. The Australian yard again penned the vessel in partnership with renowned naval architect and designer Espen Øino, who has played an instrumental role in the realization of the Silver fleet.

Silver Edge has been imbued with the yard’s DNA, which is the epitome of pure industrial chic. Replete with sleek lines, the superyacht will have a wide beam spanning roughly 33 feet and a draft of approximately 9 feet. She also offers a generous interior of 1,030 GT that will be customized to the owner.

Silver Edge can sleep a total of 18 guests across four guests cabins, three VIP cabins and a sizable owner’s suite with a private salon and ensuite. There is also accommodation for 17 crew. Sleep will hardly be a priority, though, thanks to all the fun stuff onboard.

The superyacht’s main deck is crowned by an expansive, 16-foot-long swimming pool with an integrated glass bottom that’s the perfect place to unwind. Elsewhere on this deck, there is a picturesque winter garden for relaxation, plus a lounge and a bar for the requisite wining and dining. The sundeck, meanwhile, offers a Jacuzzi and alfresco dining area.

To the aft, seafarers will find a beach club, gym and dive center, as well as a swim deck that comes complete with a movable swim platform.

As for toys, there is a garage that can store a 23-foot tender, Jet Skis and wave runners, along with a foredeck hatch that holds a rescue boat. There is also space for another 30-foot tender on the aft deck. All that gear can be seamlessly deployed into the ocean with the concealed crane at the rear. Of course, Silver Edge is also equipped with a helipad to support comings and goings.

Though the yard did not give any concrete details regarding propulsion, Silver Edge is designed for global adventures and will likely have a Trans-Atlantic range.