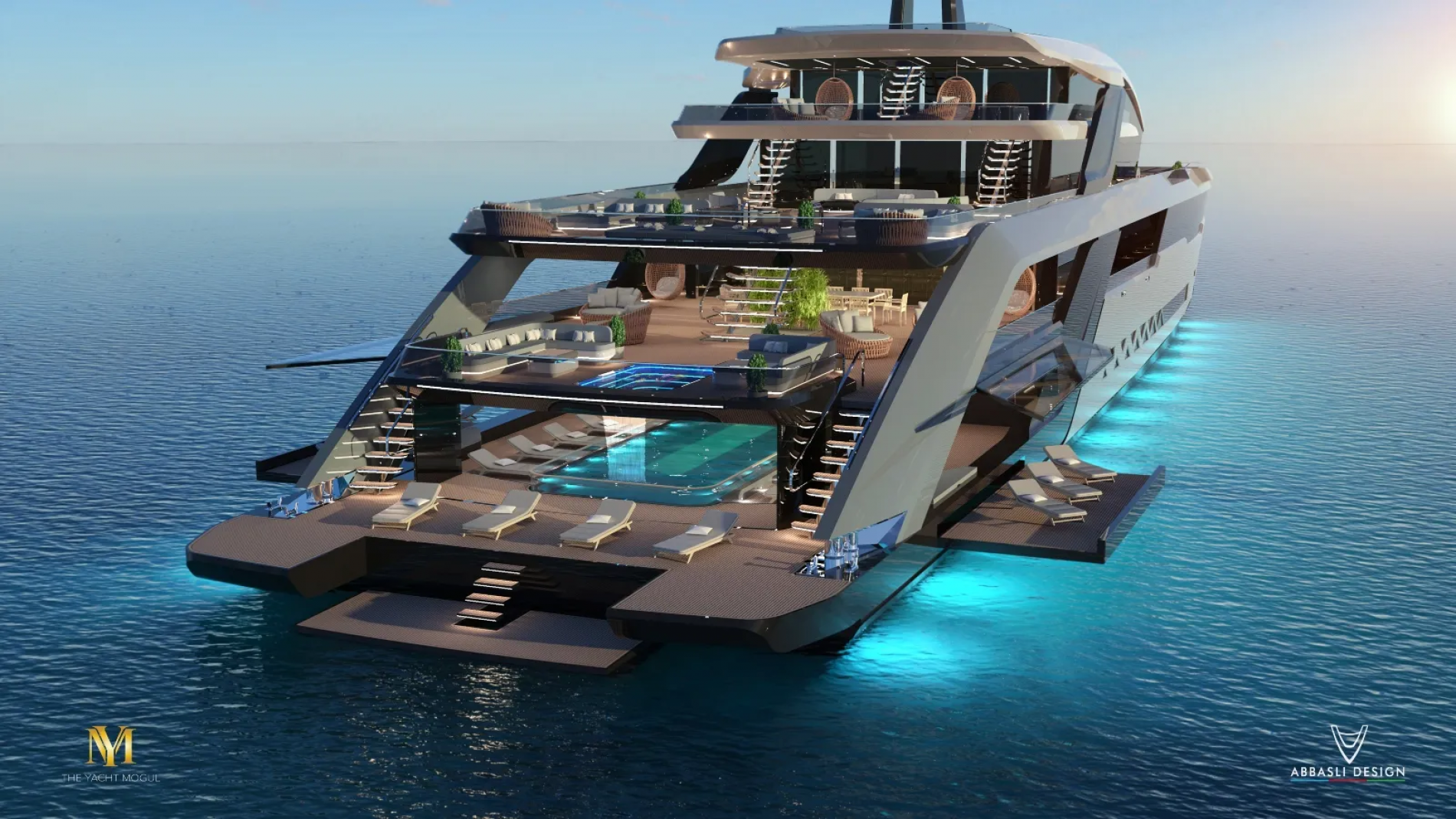 MOGUL 777: THE 77m SUPERYACHT CONCEPT FROM THE YACHTMOGUL IN COLLABORATION WITH ABBASLI DESIGN

The Mogul 777 is built with a steel hull and aluminium superstructure and is equipped with a number of cool features, including a glass-bottomed aquarium that hangs over the beach club, a fire pit on the upper deck and a touch-and-go helipad on the bow. Its exterior is sporty with triangular windows along the hull and the concept "aims to connect  to connect owner and the quests with nature and the sea."

The main deck features two L-shaped sofas that sit to either side of the central aquarium that floods the beach club below with natural light. Large panels of glass on three sides contribute to the “open feel” of the beach club, creating an indoor-outdoor experience for guests who wish to make use of its swimming pool (which comes with its own waterfall).

For guests who prefer to start the day with a swim in the sea, two fold-down terraces offer direct access to the ocean, or alternatively, a hydraulic swim platform drops down to water level from the stern.

According to Suka, the best part of the yacht is the large social area aft of the upper deck where the owner can "host parties and spend time with friends and family”. The space features ample seating made up of day beds, sun pads and a central fire pit surrounded by curved sofas.

Elsewhere, a helipad can be found on the foredeck and sits forward of a dedicated owner’s swimming pool - the second pool on board - flanked on either side by sun pads. Up on the sundeck, a Jacuzzi completes the water features on board alongside additional seating and sun loungers.

Making use of its 14 metre beam, Mogul 777 is set to have accommodation for 18 guests in nine cabins, including a master suite situated on the private owner’s deck with panoramic views and access to the private pool.

The Mogul 777 will have an estimated top speed of 17 knots.