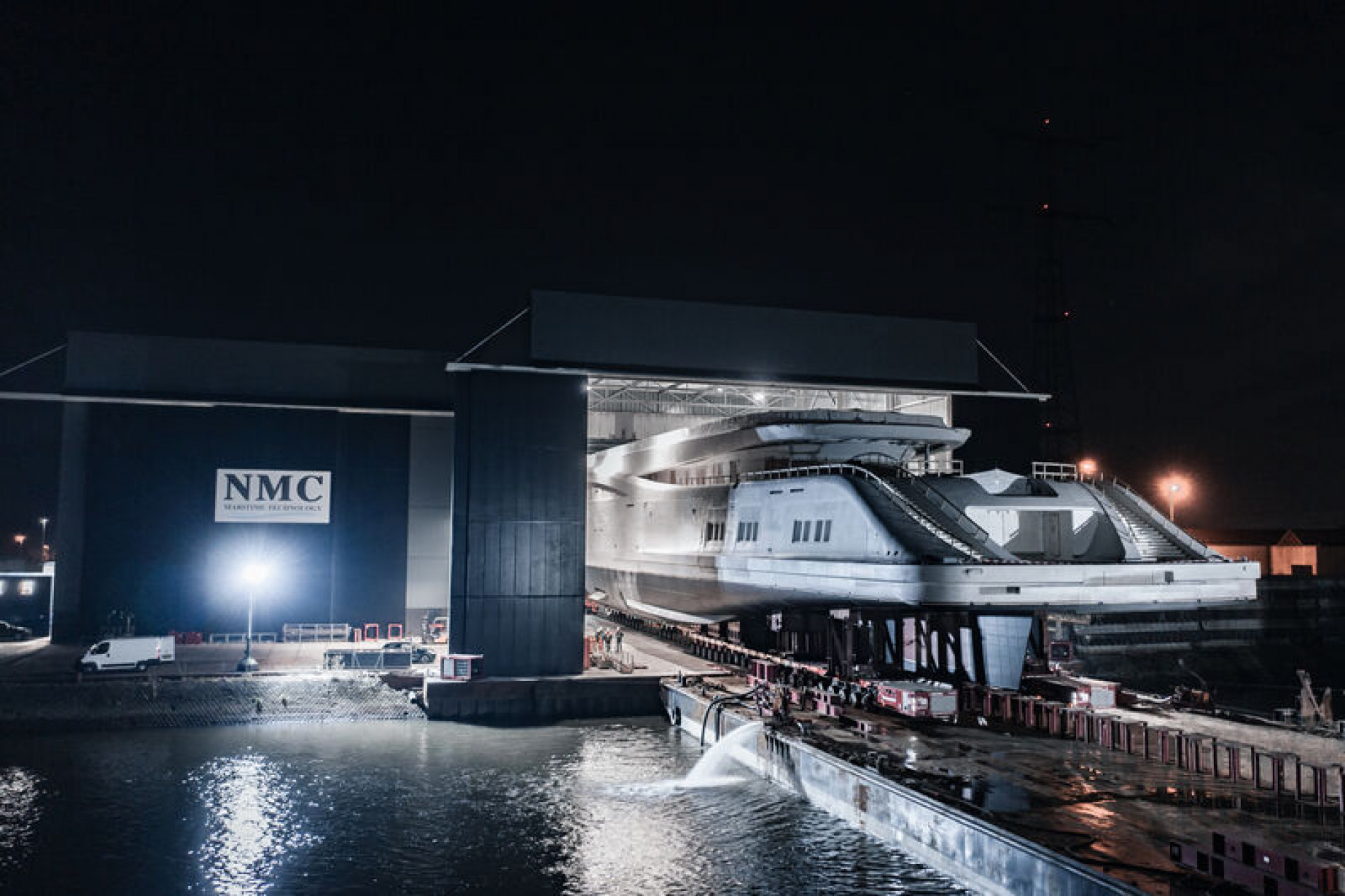 The hull of the 118.8-metre superyacht Feadship Project 821, was launched from its build shed at the NMC shipyard in Nieuw-Lekkerland, the Netherlands, this morning. The yacht, which, when launched, will be the largest built by the Dutch shipyard, has an estimated volume more than 7,000 GT and will be slightly larger than the 118-metre Feadship Project 1010 that will be launched later this year.

The vessel has been constructed in parts, with the upper aluminium decks yet to be joined. The yacht is currently one of the largest superyachts under construction in the Netherlands.

The images show the first view of the highly secretive project and they reveal a large beach club to the aft of the vessel with sweeping companionways leading down to the swim platform.