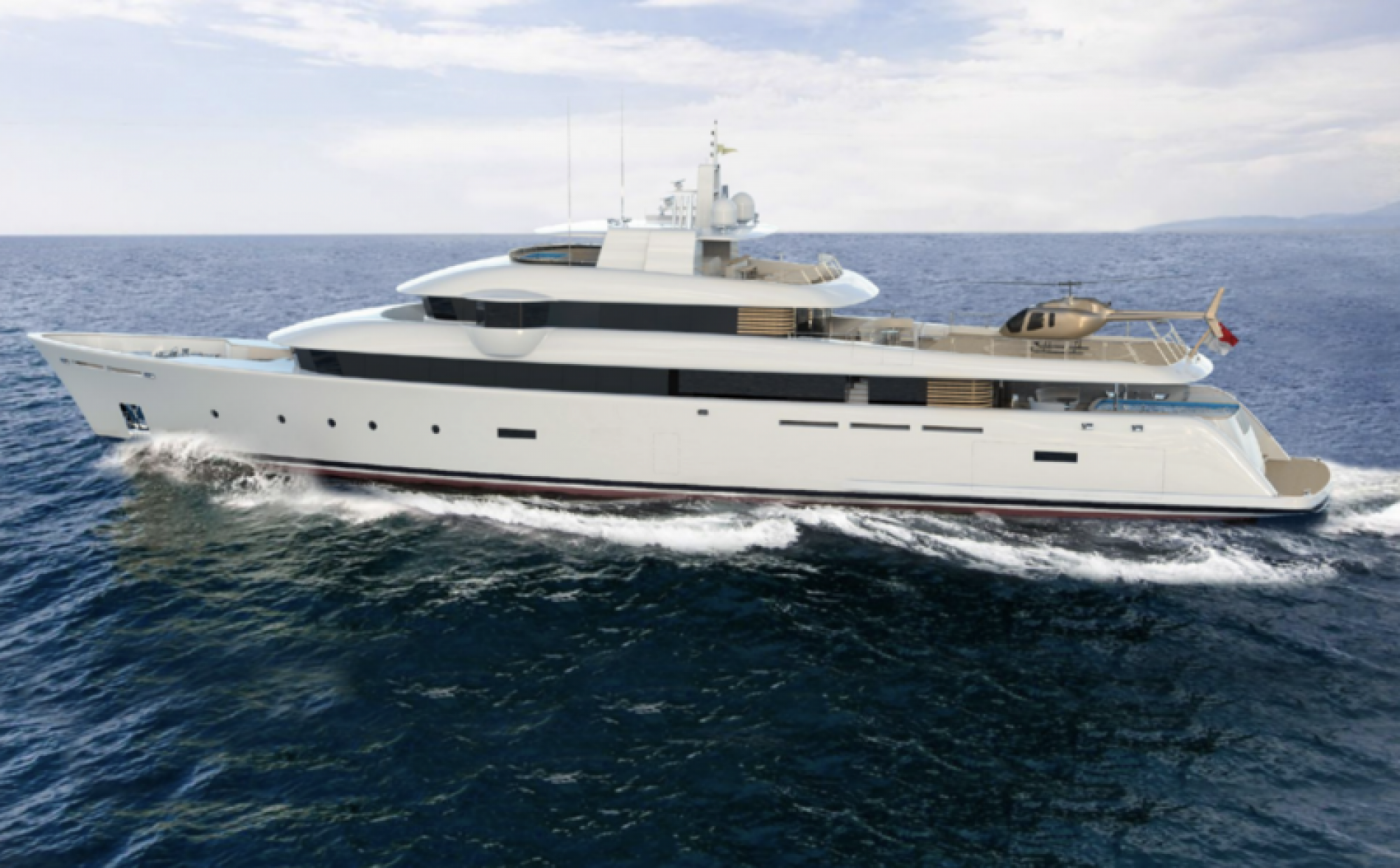 The shipbuilder RMK Marine has been awarded the construction of the all-new ER65 superyacht, designed by ER Yacht Design. The 65-metre “go-anywhere” explorer will become the flagship of the yacht division of RMK Marine.

“We are very excited about the idea of building this craft,” Özgür Numan, Yacht Department Director of RMK Marine, said. “ When we first saw the general arrangements of the yacht, we simply fell in love with its elegance and graceful sheer line, which is quite a rare feature nowadays.”

While the ER65 may be the largest yacht, in terms of length and volume, to be constructed at RMK Marine, the site’s commercial counterpart has built and delivered a number of ships that exceed the 150-metre mark. “We have also built numerous Ice Class vessels to polar standards, which is one of the reasons why our shipyard is a perfect fit for a project such as the ER65,” Numan added.

The ER65 will blend stately living with rugged exploration. Her interior design will be clean and minimalistic without compromising on comfort. ER Yacht Design has drawn her with an array of state-of-the-art features and amenities; the ER65 will have a library, sauna, gym, beach club, massage room and medical centre. She’ll also have accommodation for as many as 12 guests and 20 crew.

“This is the kind of project that a yacht designer waits for his entire life,” Ivan Erdevicki, Founder and CEO of ER Yacht Design, said. “The owner specifically requested a custom-designed long-range go-anywhere project for an expedition motor yacht, with style and an elegant timeless-classic look, that I was happy to land on his desk.”

The exterior design also follows this minimalistic cue. The surfaces have been softened and rounded to create an almost organically sculpted, but technically controlled design. Importantly, the ER65 will be built to strict Lloyd’s Ice Class standards and polar class requirements – she’ll be one of the few yachts to carry the title of Polar Code Category B – Ice Class PC 6.

“The ER65 will be used as a true expedition vessel that continuously cruises the world for many years to come,” Erdevicki added. “The owner plans to visit the polar regions as well as more tropical areas of the world. The ER65 needs to be versatile, embodying the true meaning of expedition.”

It’s not just her Ice Class that gives her expedition credentials, the ER65 will sport an innovative hybrid propulsion system and have bags of space for all the necessary equipment. She’ll have a helipad with a refuelling station, a deepwater submarine with a dedicated watertight compartment, a tender garage that can stow two eight-metre custom-built expedition tenders alongside Jet Skis and other toys.

The keel will be laid during the third quarter of this year, and the ER65 is expected to be completed by the summer of 2025.