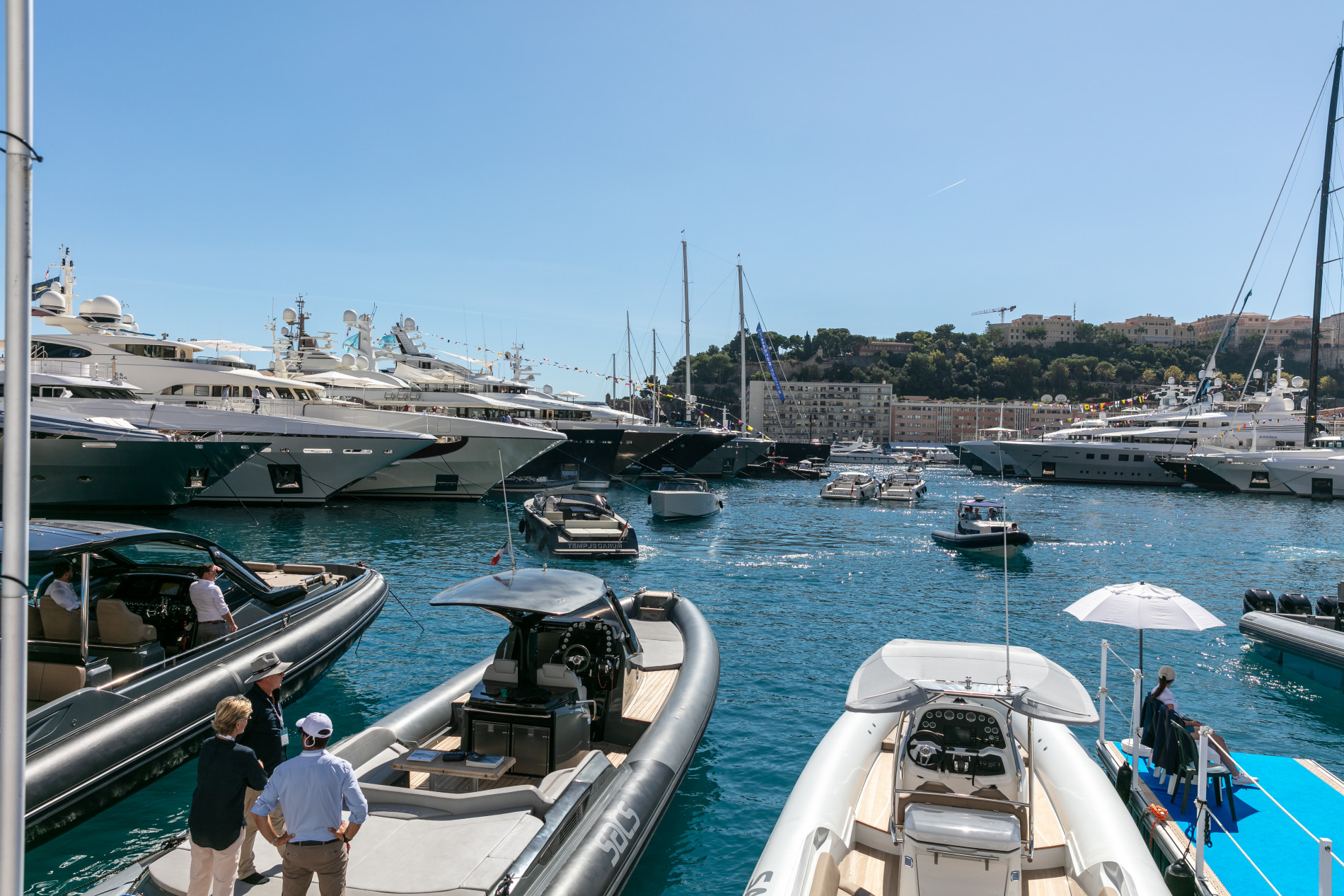 1/10 Consider all your options

Buying your first yacht isn’t something anyone should enter into lightly. Without knowledge or experience it is easy to find yourself led astray by the inspiring yacht concepts of boundary-pushing designers or talked into building a super-fast yacht with technical capabilities you’ll never use.

With this in mind, we’ve spoken to a number of experienced serial yacht owners who know a thing or two about the buying and building process. Here are their top top tips on what to look out for, what to avoid and how to make sure you get the yacht you really want.

When Steve Sidwell, owner of 34 metre Ascente, began looking for his perfect yacht he had his dream vessel in mind - but couldn't find her anywhere. “I went to the Monaco Yacht Show and I came to the Fort Lauderdale International Boat Show maybe three years in a row. I looked at all the different boats and none of them fit,” he says. “It’s a million-dollar-a-year operating budget. I don’t want to spend that. It means one or two engineers on board as well and I don’t want that. A big crew, I don’t want that. I want my kids and me to be able to operate the boat."

Having done the rounds of all the turnkey yachts on the market it was time to consider a different route to life on the waves. “I wasn’t intent on doing a refit, but I never really found anything that was a good fit for me in my price range, and then I found this boat and within 20 minutes I thought, ‘That’s it.’” A lot of, admittedly, hard work and determination later, Sidwell now has the family-friendly yacht he'd always wanted and the memories of round-the-world adventures to go with it.

When a fire on their yacht Camarina Royale put Jack and Mary McClurg in the market for a new superyacht there were some big aesthetic obstacles Mary had to get past when Jack suggested Marcato. “We’d been running around looking at boats all day and our broker said we could get on Copasetic (now Marcato) that afternoon, but Mary refused to go,” Jack explains. And, while he immediately fell in love, Mary couldn't stand her but, as she explains, “I knew he loved it. If the price was right, then so be it. I couldn’t be the reason he didn’t have it.”

Of course, an extensive refit followed with Mary taking tight control of all decisions, opening up the upper saloon into a lounge with beautiful views and an expansive aft deck. “We visited just about every stone yard in Florida,” she jokes before conceding that, just like Jack, she now loves Marcato proving that in boats, as with life, looks aren't everything.

For Elizabeth and Rory Brooks, owners of classic Feadship Heavenly Daze, it was an impulse buy that led to their first yacht purchase. “We were in the South of France chartering a motor yacht, and it broke down,” says Elizabeth. “And so we were stuck in the marina at Port Cogolin. There was this boat moored next to us, which was a very pretty classic yacht, and my husband persuaded the captain to talk to their captain and we had a look around.” That yacht, of course, was Heavenly Daze and, as Elizabeth explains, "The first thing you fall in love with is very often the right thing.”

When Tara Getty bought his classic yacht Blue Bird it was with one thing in mind: an epic round-the-world adventure including a search for buried treasure on the remote Cocos Islands. And how better to get there than in a boat built by Sir Malcolm Campbell specifically for the journey - albeit 67 years earlier?

"We did it – we finished the journey Campbell started,” Getty says. “The vision for the trip was my children. My eldest son finished school in South Africa in December 2014 and was starting in England the following September. So we had that December to September period. It was the most amazing opportunity to do something with the children.”

Of course, Getty and his family did enjoy a few modern upgrades on board Blue Bird - including zero speed stabilisers for that often rocky Pacific crossing. “I wanted two of everything," Getty explains. "Watermakers, washing machines, dryers, so if something breaks we can continue. At one point our hydraulic pack broke but we had enough redundancies to carry on.”

Serial sailing yacht owner Mike Slade faced the issue of creating regatta-ready charter yachts with every one of his new builds. His advice – know what you want before the design process has even begun.

"The question is, how do you mix the chartering and the racing?,” he told Boat International of the build of Leopard 3. “You are going to be heavy, so it's up to the designer to offset that heaviness and reduce the disadvantage - so upwind we'll pull out [distance on the opposition]."

"We're completely booked out in the summer, day-in, day-out, with day charters,” he continued. “And racing and race charters has been the most profitable way to offset costs when there is no charter market in the Caribbean or the Med for these sort of boats.”

Even if you have a distinct dream or vision for your yacht, chances are the designers and builders you employ may not quite understand it – as Patti Seery discovered when she set about building her traditional Indonesian phinisi Silolona. "I wanted to do a phinisi because I knew they could be better and safer if purpose-built for chartering; plus I love the element of history and the sheer joy of sailing on a wooden ship,” Seery explains. The only problem was finding a Western designer who could work the traditional Indonesian craftsmen – an issue which would take a lot of patience on Seery’s part.

"I went through four naval architects trying to find someone who understood my vision before meeting Michael Kasten. I [had also] befriended a group of traditional Konjo boat builders from the tiny village of Ara who build the majority of large wooden cargo boats in Indonesia. There was one small problem. They had never built a boat to plans before Silolona.” The answer, she says, was a hands-on approach, “I knew the only way I'd be successful was if I put the full-on Western approach aside. So I went out to the boat graveyard and saw the problems for myself."

When sailing yacht and charter business owner Barry Houghton ordered Salperton II – the biggest yacht ever built by Alloy Yachts at the time – for racing, he thought she was his dream vessel. The truth, however, was that she was just too much for him.

“I sold her as she was too big for me,” he explains. “The flybridge was too far from the water and you don’t get the real feeling of sailing. I sold her well and decided to go for something in the 40 to 45 metre range.”

The result was the 44 metre Dubois-designed Salperton III (now Artemis), which was built at Fitzroy Yachts in New Zealand but she too proved to be a costly learning curve for Houghton. “Immediately before I took delivery, I ordered another as I could see things that I could improve,” he says. “Unfortunately I lost money but it was the right decision.”

8/10 Determination and passion are everything

When Sir Charles Dunstone chose to undertake the huge restoration project that was classic yacht Shemara, many of his fellow owners thought he was crazy. Shemara was in a state after languishing in a derelict dockyard for years but Dunstone's passion for the project kept him going.

“I see Shemara and I think how amazing it could be,” he explains. “My mind has a very bad habit of just disregarding everything that’s going to be awful and thinking, ‘Come on, we can do this, we’ll find a way, it’ll be OK.’ In a funny way, the bigger the project is, the more enthusiastic I am.”

“We rented the shed ourselves, we hired the naval architects and then tendered each job,” he says of his unique approach to the restoration. “You don’t know what you’re going to find with a project like Shemara - there’s no way anyone could give a quote for this boat. And once your boat is in pieces in their yard, you’re just going to be completely held to ransom.”

When fashion designer Giorgio Armani set about building his first boat he was helped a great deal by previous yachting experiences. “Sometimes they’d belong to people I knew, sometimes they were just chartered. Invariably they were not my style – too white, too much lighting, too much marble, crystal and mahogany,” he explains.

Armani’s current yacht, the 65 metre Codecasa Main, is far from your average gleaming white hull. “Painting Maìn green was a choice made to camouflage her at sea, so it doesn’t appear too flashy,” he says. “I designed Main entirely, taking inspiration from particular military vessels that looked very practical, and from the optimisation of space that is a characteristic of old ships. Notably, I set out to rid the decks of all superstructures that might break up the purity of line.”

10/10 Find a designer who understands your vision

Aside from the builder there is perhaps no other party that has quite such a large impact on your yacht than the designer. Whether you're building from scratch for the first time or the fifth, it's important you find a designer who understands your vision, lifestyle and what your hopes are for your new superyacht. Pier Luigi Loro Piana, a serial sailing yacht owner, explains this eloquently in his relationship with famed yacht designer Mario Pedol, “He is a boat designer who has an engineering company. He works with more specialist architects, like Bruce Farr, like Vrolijk. He is the number one in Italy in my opinion. Most importantly, he knows exactly what I want. He really understands my taste.”