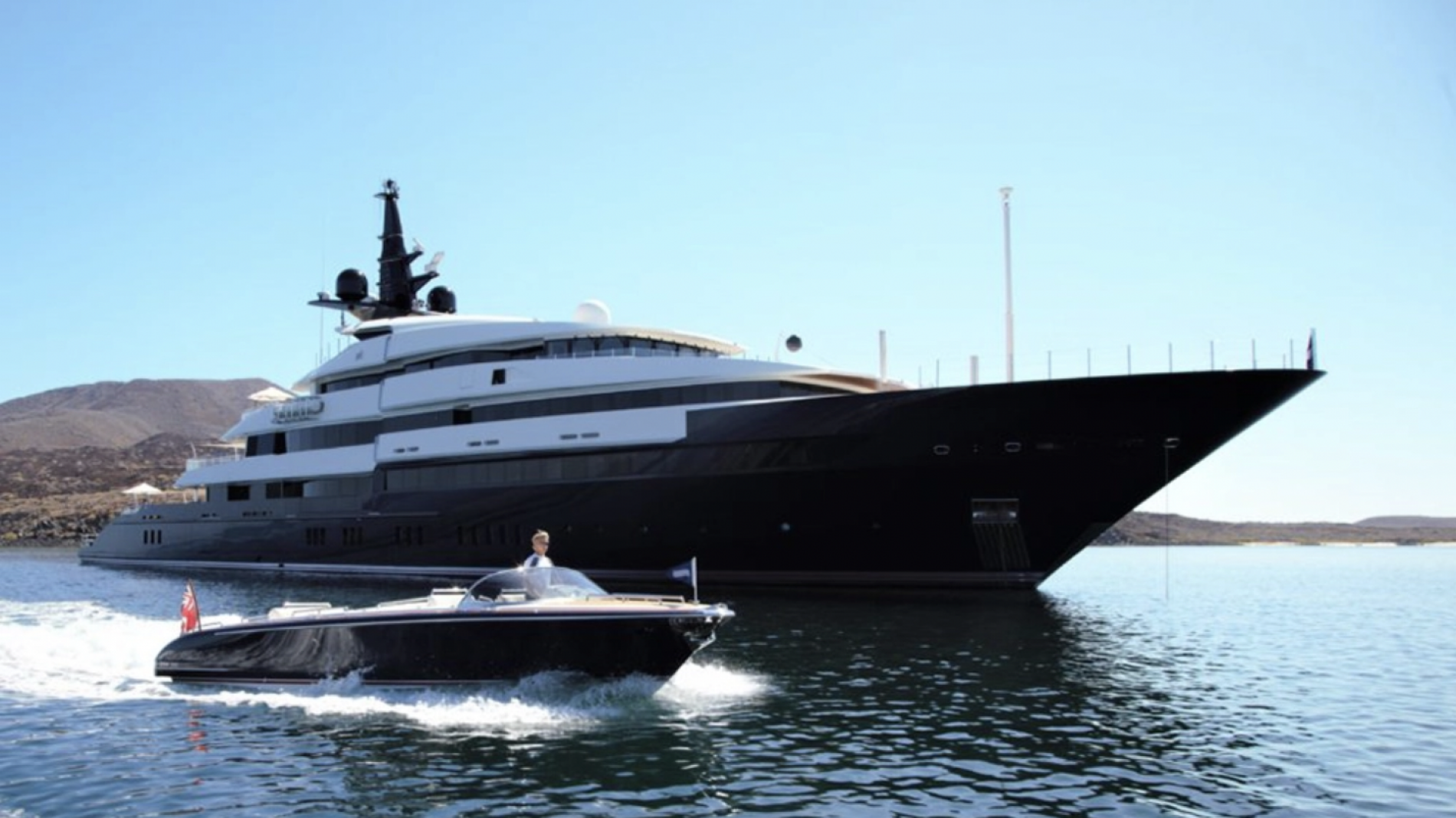 The luxurious vessel was last listed for $160 million.

The world-famous director finally sold his epic 282-footer last week to an unknown buyer. Although the brokerage firm did not specificity the amount paid, the vessel, now known as Man of Steel, was listed earlier this year for $160 million. Thom Conboy of Denison Yachting represented the buyer, who is apparently a longtime repeat client.

The blockbuster yacht, built by noted shipyard Oceanco to Spielberg’s exact specifications, first hit the seas back in 2010. The Academy Award winner, who has a net worth of $3.7 billion, spared no expense when designing his dream machine, and this is the first time it has been offered for sale.

The glitzy interior, which was penned by Nuvolari & Lenard and Molly Isaksen, spans four decks and offers ample space for entertaining A-listers. The vessel can accommodate 20 guests across nine generous staterooms, as well as 28 crew. The scene-stealer is, of course, Spielberg’s owner’s suite, which features a full-beam stateroom with ensuite and dressing room, along with an office and a terrace with its own private jacuzzi.

Naturally, Seven Seas is brimming with amenities fit for film royalty, including supersized screens in every room and a full movie theater. Elsewhere, there is a sauna, steam room, gym, pool, huge beach club, helipad and countless lounge areas and bars. As expected, there’s also a fully-stocked garage packed with a tender, speedboat, water toys and diving gear.

Spielberg ensured Seven Seas lived up to her name, too. Over the past decade, the 74-year-old has taken the go-anywhere superyacht all across the seven seas. It’s been spotted sailing off the coast of France during the Cannes Film Festival, and, more recently, on the waters near Antigua and Barbuda. The yacht’s transatlantic capability comes courtesy of twin MTU engines packing 4,680 hp each. She can hit a top speed of 20 knots or cruise at a more leisurely 15 knots.

Now that Spielberg has called cut on Seven Seas, we are patiently awaiting his next marine masterpiece.