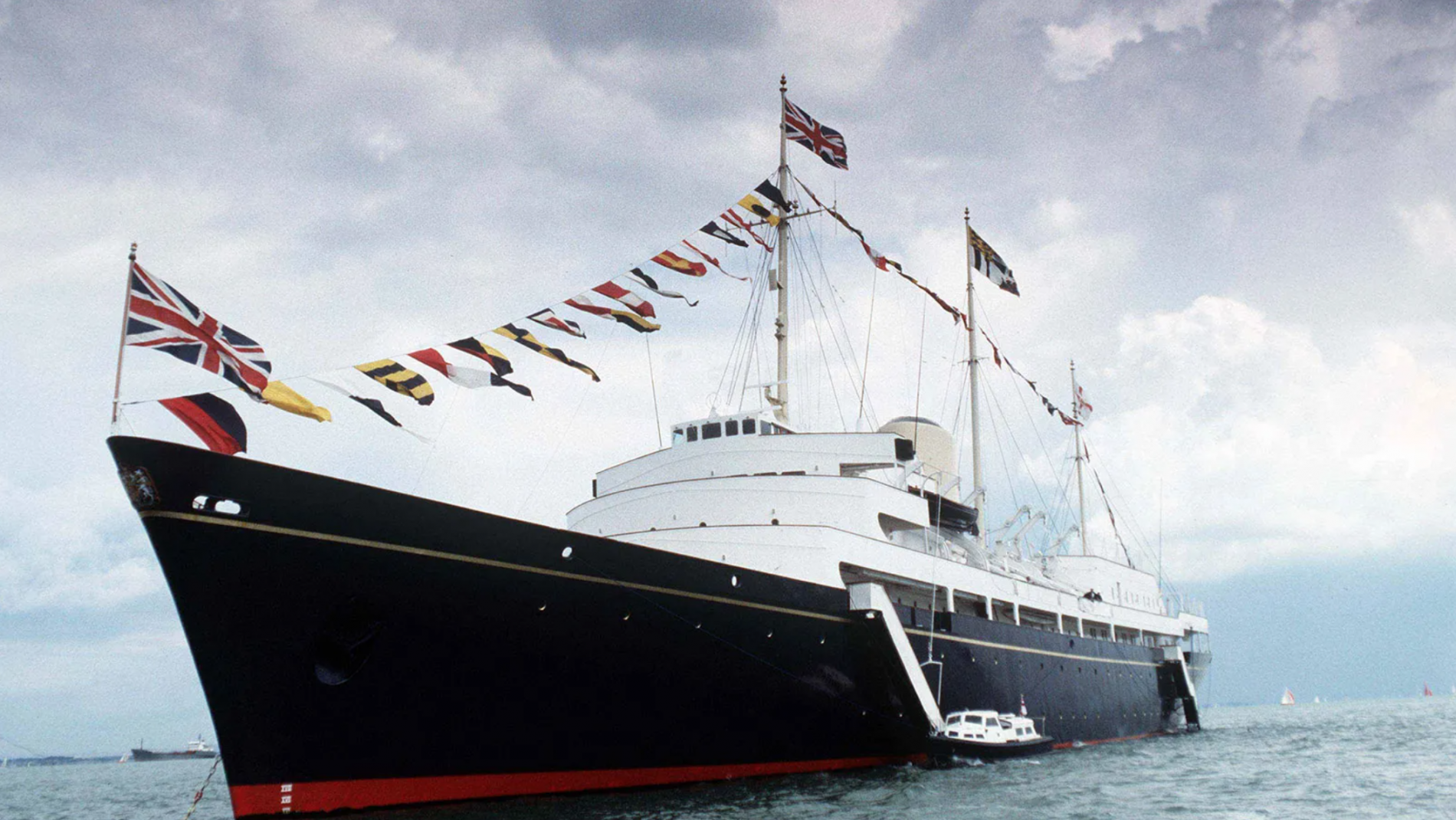 Leading UK superyacht designers have reacted to the news that the government plans to commission a national flagship yacht, with many declaring their interest in designing the project.

Plans for the flagship, which is intended to boost British trade around the world, were revealed earlier this month by the government to replace the Royal Yacht Britannia, which was decommissioned in 1997.

A price tag of £200m was announced, as well as a tight build schedule, with construction due to begin next year and the ship expected to enter service within the next four.

UK studios Winch Design, Gresham Yacht Design and Michael Leach Design have all declared an interest in designing the new yacht, while Tim Heywood has counted himself out.

Andrew Winch, the founder of Winch Design, agreed that the time is ripe for a new flagship, declaring the initial decision to decommission Britannia “insane”.

“I think it’s a great shame not to have a flagship of Great Britain around the world,” he said. “We’re out of Brexit, we’re out of the EU and we’re now a trading nation.”

Michael Leach, whose studio has penned projects including the 110m Feadship Anna, 96m Palladium and 93m Lady S, said he would “love to be involved”.

He revealed he was previously involved in an attempt to reinstate the national yacht in the late 1990s. The effort, which culminated in a design for a 100m yacht, saw Leach team up with designer Terence Disdale and the late Sir Donald Gosling, who was prepared to personally fund the project.

Winch Design has also previously presented designs for a successor to the Royal Yacht after Britannia was decommissioned. However, both Winch and Leach agreed that the new project must be designed from scratch to incorporate advanced green technology, such as alternative propulsion systems.

“It has to use methanol fuel, or it needs to be hybrid or electrical,” Winch said. “It has to be a state yacht but also a statement yacht of what Britain is doing and offering to the world. It shouldn’t be a high fuel-burning ship.”

Leach agreed that green technology was key to the new design. “I’m working on a few projects at the moment that are eco and packed with green technology like fuel cells and batteries,” he said. “The new national yacht absolutely has to have that.”

He argued that the design should be “future proof”, to enable “old technology to be taken out and new technology put in”.

Gresham Yacht Design founder Steve Gresham, whose studio worked on the rebuild of the 87m research vessel OceanXplorer, is “convinced” the flagship should be a sailing yacht.

“There would be so much opposition to a big motor yacht,” Gresham said. “A big sailing yacht would have the tradition of the Royal Navy but with its eyes forward on the future.”

He suggested such a project could feature a DynaRig seen on yachts including the three-masted-schooner Maltese Falcon and 106.7m Black Pearl.

The interior of the yacht would need “a big, open exhibition or conference space,” he said, and could not be “opulent". “It’s not that kind of boat,” he said. “It’s basically a floating office.”

However, Tim Heywood, who has designed yachts including Planet Nine, Here Comes the Sun and A+, argued that traditional diesel engines were “essential”.

“If it’s a serving boat, it’s got to be predictable at all times and you can’t rely on the weather,” he said.

While all of the designers agreed it is “absolutely possible” to build the flagship in the UK, they raised doubts over the government’s suggested £200m price tag and aim to begin construction next year.

“The whole thing needs to be designed to current and new possible regulations and it needs to be done carefully,” Heywood said. “I’ve had projects where the design process has lasted five years, and the construction took three.”

He also questioned the £200m price tag. “It depends what they want to build. If it’s going to be a mini cruise liner, then maybe they can do it for £200m,” he said.

Leach agreed that the current time and money stipulations were unrealistic. “I can confidently say that the price tag and construction time would make it impossible,” he said. “I’m not trying to put a dampener on it but I’m just being realistic.”

He argued too that the project should not be funded by the taxpayer and should instead be funded by industry sponsorship.

“If it does go ahead, it should be financed by the industry and be a beacon for British industry,” he added.

Several of the designers raised questions about the line of decision making, with Winch voicing concern that the flagship could become “a committee project”.

Heywood echoed this concern. “Who is going to make aesthetic decisions?” he asked. “You’ve got to give the designer carte blanche to some extent to actually produce something that will be promoting the country for the next 50 years at least.”

Heywood pointed to the lack of clarity around decision-making as a reason he would not be throwing his hat in the ring to design the project, which he described as a “poisoned chalice”.

“It’s a possibly wonderful project and I will sit back and watch it,” he said.