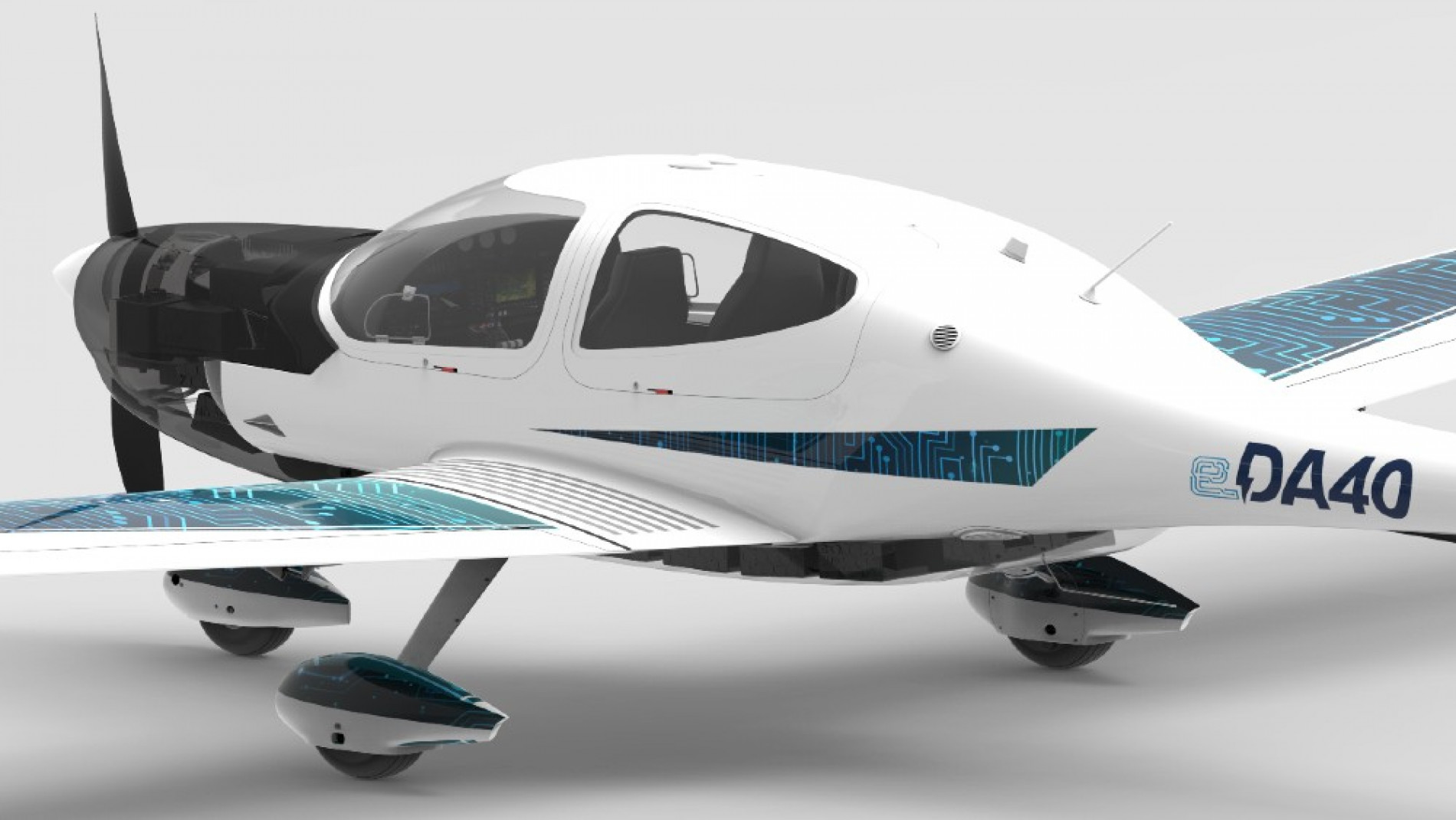 Diamond Aircraft’s eDA40 is the result of several years’ worth of experimentation and testing both its hybrid and pure electric systems. They’re now poised to move forward with an electrified version of their DA40, a single-engine trainer aircraft that’s already certified. The eDA40’s twist is simple but practical: It plugs into DC fast-charging systems.

The charging apparatus is supplied by Electric Power systems, which develops certified systems for Aerospace, Defense, Automotive, Marine, which makes the eDA40 the first electric plane that’s Part 23 certified by the FAA and Europe’s aviation safety agency with such a charging option, according to the company. That doesn’t mean you can land in the parking lot of your nearest big-box store and plug into one of the auto chargers. But in theory, you could.

It won’t be a long stop. Diamond, which is headquartered in Austria, with outposts in Canada and China, also says the final version eDA40 will recharge in about 20 minutes and offer up 90 minutes of flight time thanks to an air-cooled Safran Engineus 100 electric motor with an integrated controller that creates a maximum of 130 kW.

Inside the eDA40’s is seating for four with adjustable pilot seat backs and lumbar support, electrically adjustable rudder pedals and electric air conditioning. The all-glass cockpit utilizes Garmin’s G1000 NXi flight deck offers the optional GFC700 Automatic Flight Control System for safety and ease of flying while the all composite airframe acts as a roll cage in case of a mishap.