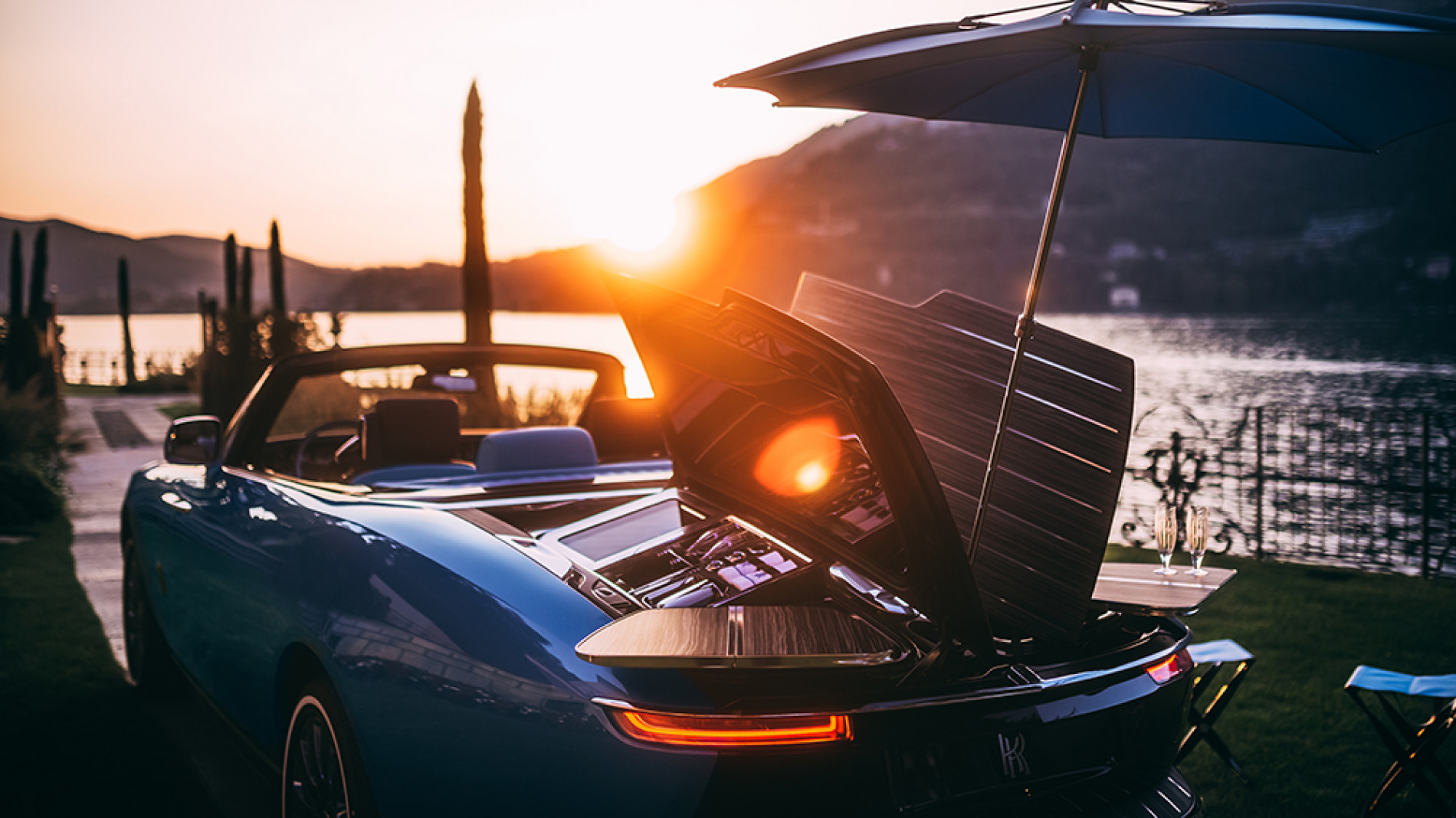 THE ROLLS-ROYCE BOAT TAIL, POSSIBLY THE WORLD'S MOST EXPENSIVE NEW CAR, JUST MADE ITS PUBLIC DEBUT

The lavish Rolls-Royce Boat Tail made one helluva splash when it was unveiled earlier this year, but very few have seen it in the flesh. Until now, that is.

The singular cabriolet, which is believed to be the most expensive new car in existence, made its first public appearance at the prestigious Concorso d’Eleganza Villa d’Este in Northern Italy over the weekend in fittingly glamorous fashion.

“It is a truly historic moment for the marque,” Rolls-Royce’s CEO Torsten Müller-Ötvös said in a statement. “We are leading a modern coachbuilding movement that takes the wider luxury industry into an entirely different space, where hyper-personalization and contemporary patronage provide essentially limitless possibilities.”

Indeed, this hand-built masterpiece has been customized to the nth degree. Named after its tapered rear end, the V-12 beauty showcases bespoke detailing unlike any Rolls on the planet and took four painstaking years to complete.

Spanning an imposing 19 feet, the four-wheeler houses a full suite of opulent features, including a dual Champagne cooler specifically designed to hold bottles of Jay-Z’s very own Armand de Brignac bubbly, another onboard fridge to store the requisite caviar and canapé, plus a complete set of crockery by Christofle of Paris. There’s also a parasol that pops up out of the rear to create a makeshift dining space.

Arguably the coolest touch, though, is the car’s time-keeping accessory. Bovet designed matching “his and hers” watches for Mr. and Mrs. Carter that can actually pull double duty as the Boat Tail’s clock. When not on the wrist of music royalty, either one of the timepieces can slide into a slot on the minimalist dash to add a touch horological precision.

Of course, this is about more than one super luxe car. Rolls-Royce says launch of the Boat Tail represents a pivotal moment for the luxury sector at large. It has shown the vast new possibilities for collectors to create one-of-a-kind luxury rides in which both the bodywork and interior are built bespoke exactly to their personal specifications.

Now that’s certainly a trend we can get behind.