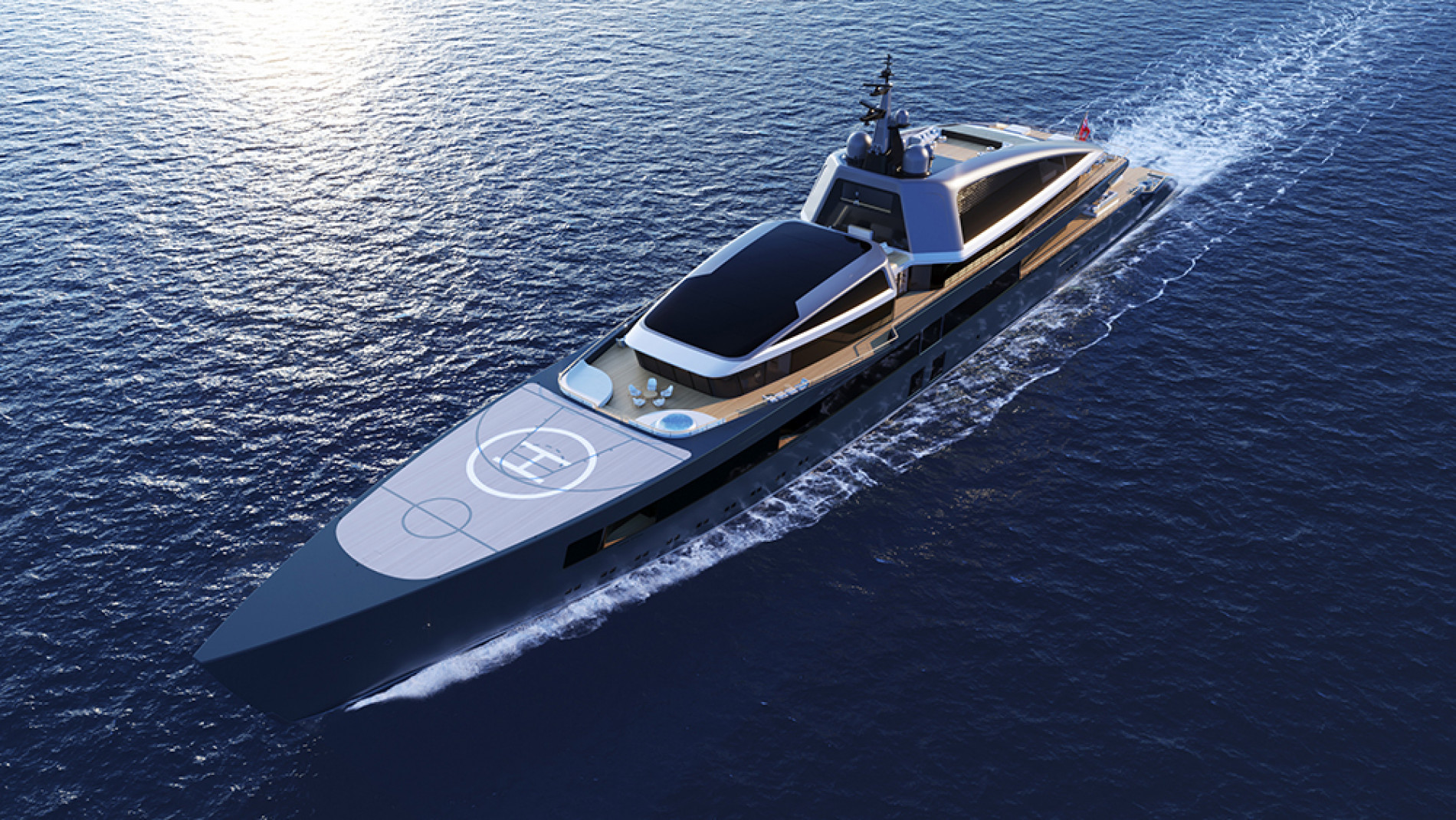 The striking 360-footer aims to add a new entry to the next generation of marine design. It features a futuristic, sporty exterior, along with an interior that offers the kind of luxury space more readily associated with a mansion.

“The concept was born by the desire for innovation, fresh-mind ideas and new forms that the industry needs,” Nicolò Piredda, director of Piredda & Partners, told Robb Report via email.

One such pioneering touch comes in the form of the superstructure that connects all three decks inside full glass housing. This affords a huge amount of interior space—4,135 gross tons, to be exact—as well as swaths of natural light.

At the heart of the vessel is a double-height grand saloon that comes complete with expansive floor-to-ceiling windows. This area, along with the rest of the interior, is outfitted with furnishings and materials selected from all across the globe that pay tribute to nature and different cultures.

As for lodgings, Now features four VIP suites on the main deck, four guest cabins on the lower deck and crew quarters on the bridge deck. The owner’s stateroom, meanwhile, occupies a whole private deck. The vessel can sleep a total of 18 guests and 41 crew.

“The feeling walking through these spaces is elegant but informal with a variation of open spaces, intimate corners, and private exclusive areas,” Federico Lo Giudice, Piredda & Partners’s head of interior design, said in a statement.

Elsewhere, there’s a movie theater amidship that spans more than 800 square feet and a full-beam “arcade” with terraces. Outside, the vessel sports a sizable basketball court on the forward deck that doubles as a helipad, an infinity pool that cascades to the swim platform, a jacuzzi, and a rooftop party area on the top deck for late-night shenanigans.

As for propulsion, Now has been developed with a hybrid diesel-electric setup though this could be tweaked upon an owner’s request.

“In collaboration with the right yard, it could be easily readapted and built with full-electric propulsion,” Piredda told Robb Report.