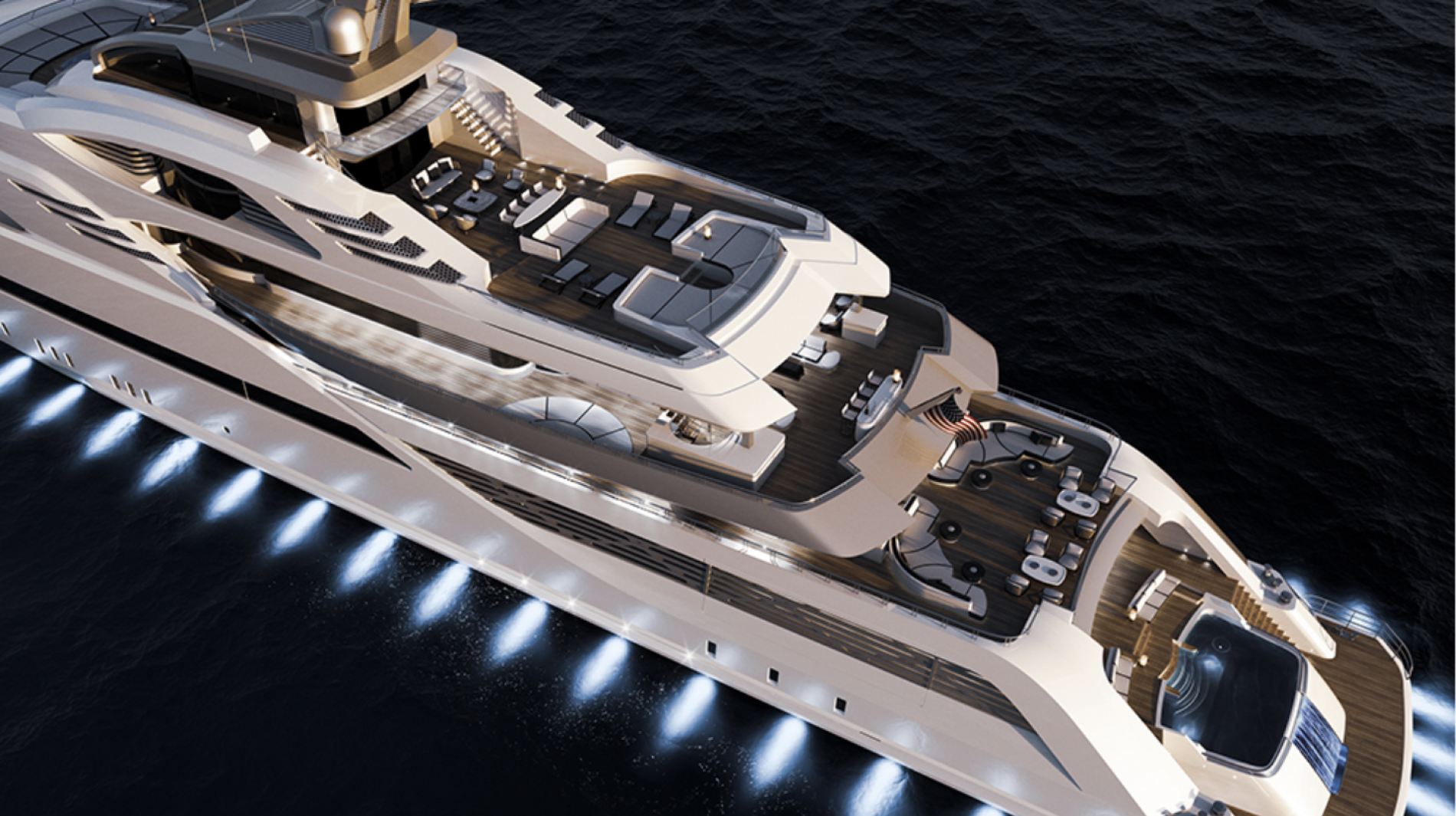 THIS EPIC NEW 328-FOOT MEGAYACHT IS LIKE A FLOATING MULTIPLEX FOR MOVIE BUFFS.

It was designed for an owner in need of somewhere to entertain guests at events like the Cannes Film Festival.

Cantu Design has just unveiled a blockbuster megayacht concept straight out of a movie lover’s dream.

The epic 328-footer, which goes by the name of CD100, was initially developed for a discerning cinephile on the hunt for a timeless vessel that catered to his love of film. As such, CD100 is kind of like a floating multiplex designed for screening flicks and hosting well-heeled creatives.

“The design brief required a yacht that the owner could entertain guests on at various film events around the world such as the Cannes Film Festival,” the studio’s founder and principal designer, John Cantu, said in a statement.

The exterior of the megayacht has a distinctive art deco aesthetic and is replete with sleek, modern lines. The displacement hull and superstructure can be crafted from either steel or aluminum, depending on what the owner desires. The real star of CD100, however, is the dazzling interior.

With a beam of 49 feet, the vessel offers generous living quarters that are characterized by curved walkways and walls. According to the firm, this helps make the journey from one end of the yacht to the other as interesting as possible and avoids mundane straight lines. Think of it as a nail-biting thriller rather than a predictable rom-com.

The centerpiece is, of course, a giant cinema located aft of the upper deck that can accommodate a full audience of film buffs. Forward of the cinema is a square atrium that overlooks the main deck’s saloon, which features a lavish lounge and grand piano.

Elsewhere on the main deck, there’s accommodation for 14 guests across two VIP suites, three double cabins and two twins, along with a library, hairdressers and office. Outdoors, there’s a swimming pool and alfresco lounge, as well as a garage for toys and tenders.

The dedicated owner’s deck has been designed for the megayacht’s two leading stars. It can be closed off from the rest of the yacht and boasts a private saloon, dining room and bar, as well as an outdoor area with a Jacuzzi and sunbed. The owner’s suite is located forward and comes complete with an office, his and her bathrooms and walk-in wardrobes.

The sundeck sports a large circular sky lounge and a second pool flanked by sun pads. Above this, the top deck has an enclosed observation lounge.

Helmed by 30 crew, CD100 has an estimated max speed of 17 knots and a range of 4,000 nautical miles when cruising at 13.5 knots. It also has a helipad to accommodate the comings and goings of A-listers.

Now that’s what we call a megahit.