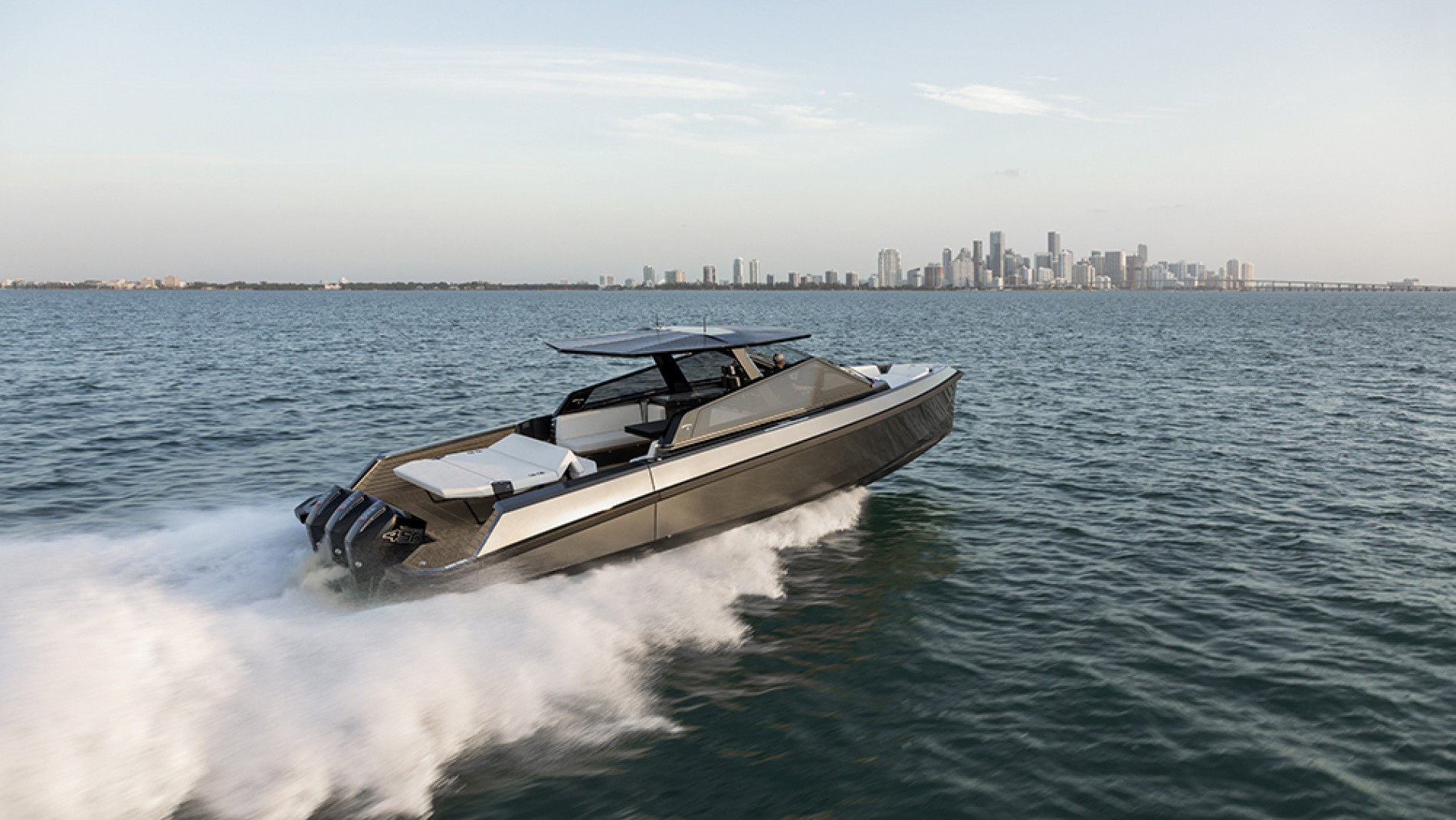 Wally has already got the design of its day boats down pat, now it’s beefing up the specs. After unveiling the 43wallytender in November of last year, the Monegasque yard has released a sporty successor that promises even more speed.

Billed as “the ultimate day boat,” the new 43wallytender X sports the same classic styling and high-end finishes as its predecessor but is fitted with outboard propulsion rather than inboard. This gives the 43-footer the ability to truly blow your hair back while at sea.

Developed by Wally and Ferretti Group’s engineering team, the day cruiser features a sleek composite-carbon-fiber body with a 21-degree, deep-V deadrise that the yard claims will deliver exceptional seaworthiness. Its streamlined proportions and shallow draft, meanwhile, give the vessel go-anywhere capabilities.

The standard tender is fitted with three 300 hp Mercury Verados that top out at an impressive 40 knots. Seafarers may also opt for the faster propulsion package comprising three 450R Mercury Verados that can together hit an exhilarating 50 knots at full tilt. The vessel’s joystick controls and autopilot system will help to make handling a breeze.

“The inboard 43wallytender was very well received last year, and we feel there is a segment of the market that will benefit from the same design elements, but with the performance of an outboard propulsion system,” Stefano de Vivo, Wally’s managing director, said in a statement. “It could be a large yacht looking for the master of versatility to add to its tenders fleet, a family in search of the ideal day boat to take them to the sandbar, or an adventurous owner looking with water sports passion. The design also suits well for a hotel shuttle, a day charter boat or a scuba platform.”

Onboard, the yacht features a sheltered cockpit with a wraparound glass windshield and a protective T-top to keep you safe while cruising. It also sports large fold-down bulwarks that open up to reveal one of the biggest beach clubs in class.

As with the inboard model, the 43wallytender X offers a modular aft deck finished in luxe teak, which can be custom configured. Owners can add a large sun pad that gives space for lounging and storage for water toys underneath or affix a ski pole for watersports.

Below deck, the vessel packs a well-appointed cabin with a bathroom and separate shower to facilitate overnight stays.

The 43wallytender X made its American debut earlier this year at the 2021 Palm Beach International Boat Show, while the European premiere will take place at the upcoming Venice Boat Show that’s scheduled to run from May 29 to June 6.