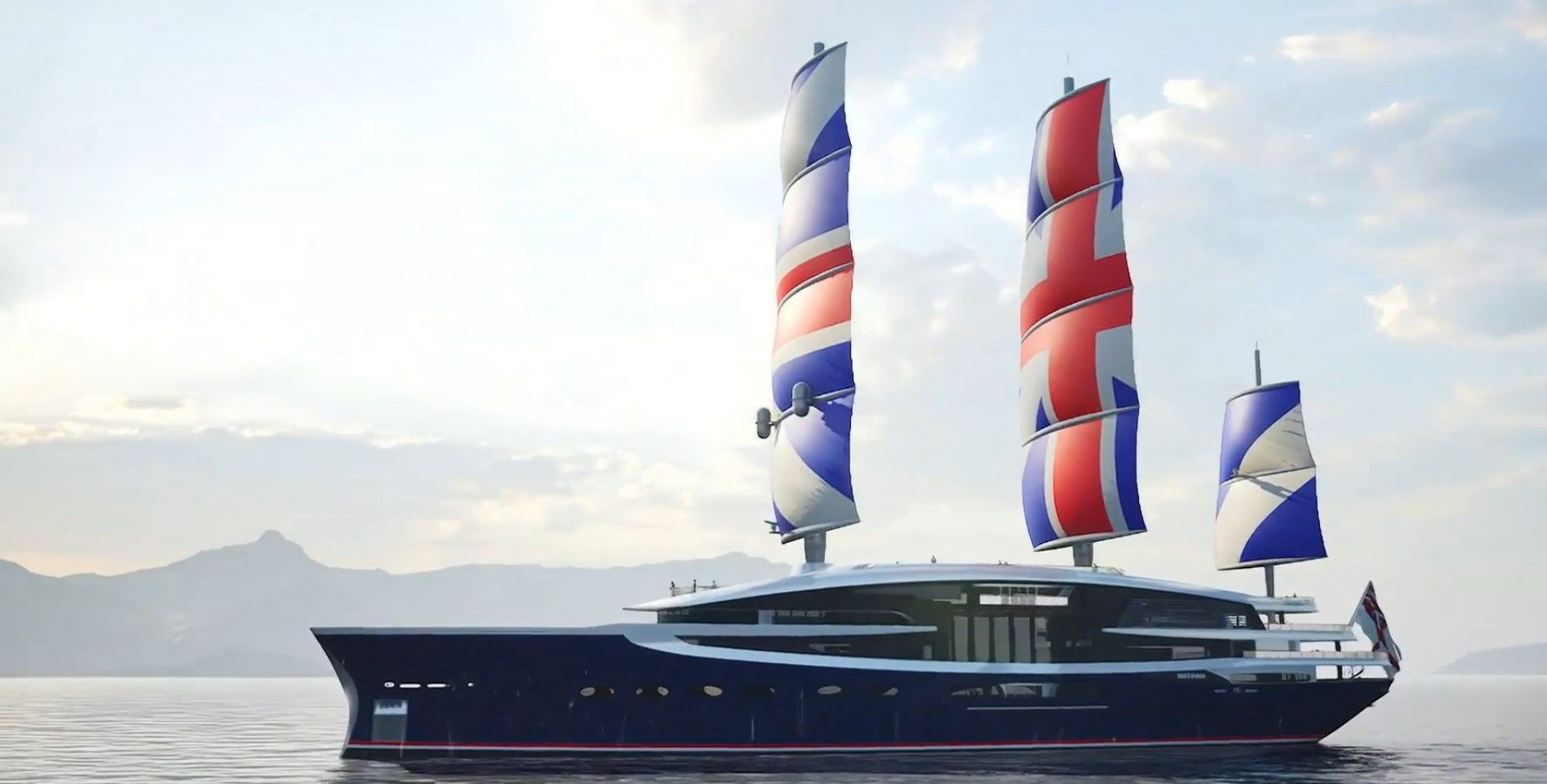 Who else could design the future UK’s National Flagship better than a British studio himself?

This project is a response to PM Boris Johnson’s plan to replace the decommissioned “Royal Yacht Britannia”.

However, the firm had already designed a concept earlier, in 2020, even before the PM  had asked for it.

“It is an opportunity to create a versatile and multifunctional vessel that could be used for official events and exhibitions alongside private meetings and dinners for government officials and dignitaries.”

Before any environmental issues were ever mentioned, Gresham’s vessel affirmed that the vessel would be environmentally conscious and “use wind and hybrid power for sailing”.

The gorgeous ship has three masts and a hull that matches the Union Jack Colors scheme.

The national flagship project strikes a perfect fusion of the modernity of new hybrid technology and the authenticity of a traditional British flagship.