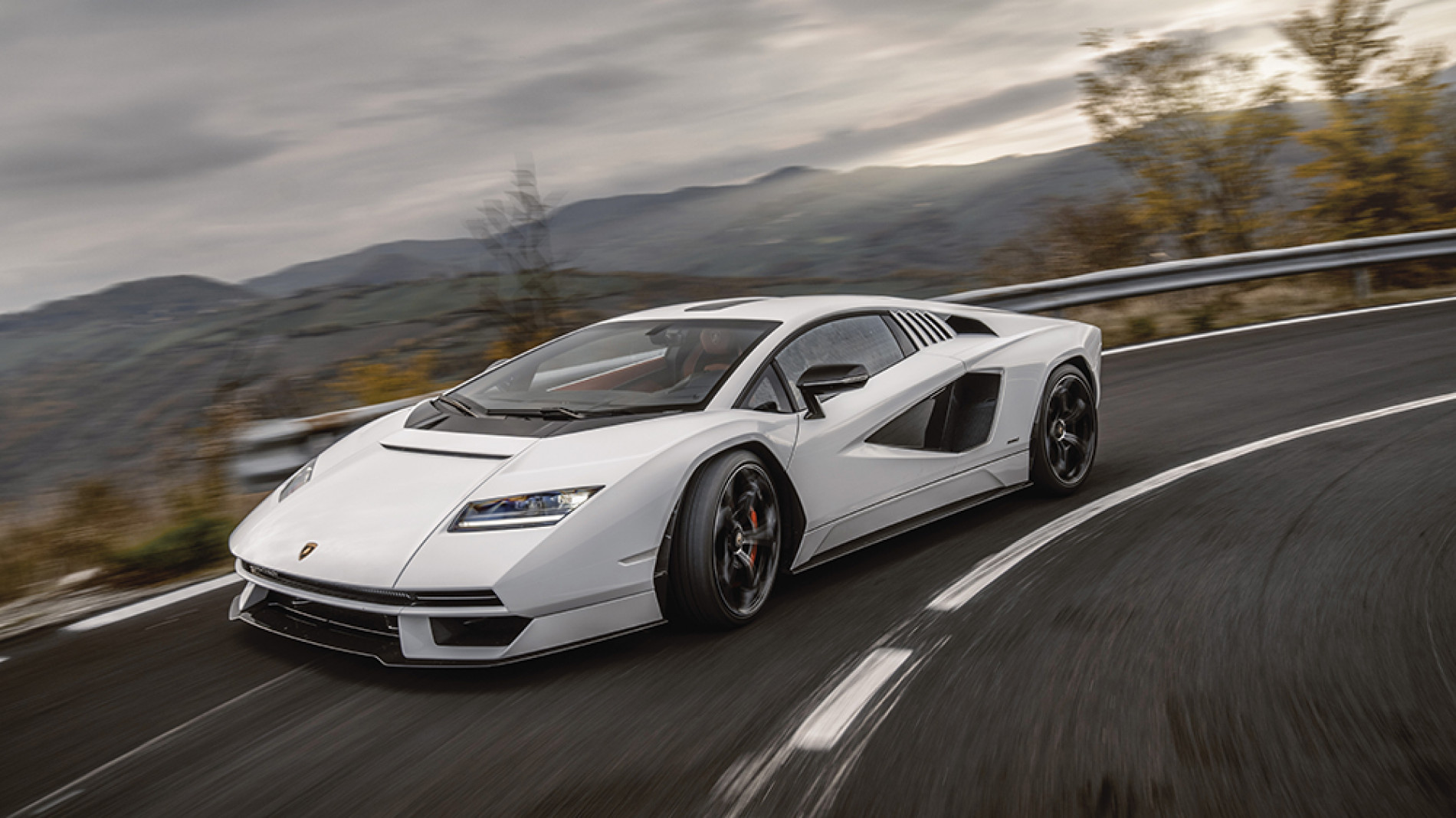 After wowing crowds at Pebble Beach last August, the new Lamborghini Countach has made a decidedly dramatic debut on public roads.

The hybrid supercar, which was designed in honor of the original Countach’s 50th birthday, tore through the Italian countryside with two of its formative predecessors in tow: the first Countach LP 400 to roll off the line and the last Countach 25th Anniversary model ever produced. Aside from the sheer spectacle, the trio’s ride highlighted the evolution of the iconic Raging Bull from an angular ‘80s ride to a futuristic four-wheeler.

The commemorative edition is known officially as the Countach LPI 800-4, and you can actually deduce a lot from that moniker. “LP” references the power plant’s Longitudinale Posteriore orientation; in other words, the mill sits parallel with the length of the car and near the rear. The “I” stands for Ibrido, which means hybrid in Italian. The “800” relates to the car’s expected output of 800 hp, while “4” points to the four-wheel-drive configuration.

Looks-wise, the newest iteration takes design cues from previous models. It has the hallmark Periscopio lines flaring from the roof toward the back, for instance. Yet the car has its own contemporary identity, and also packs a powertrain that sets it apart from other Countachs.

Featuring a monocoque chassis and carbon-fiber body panels, the hybrid is powered by a naturally aspirated 6.5-liter V-12 that’s good for 780 hp and a 48 v electric motor on the gearbox that can produce an additional 34 hp. It’s also fitted with a seven-speed ISR transmission and a supercapacitor that provides three times more power than a lithium-ion battery of equal weight. With a total output of 814 horses, the 3,516-pound (dry weight) car can reach zero to 62 mph in 2.8 seconds and hit 221 mph at full tilt, according to the marqu

The LPI 800-4 will be limited to just 112 units. (This is another nod to last century’s Countach, which Lamborghini nicknamed “LP 112” during development.) Priced at $2.64 million, each one has already been presold, and the automaker expects deliveries will begin in the first quarter of next year. At least we already know it looks good on the road.