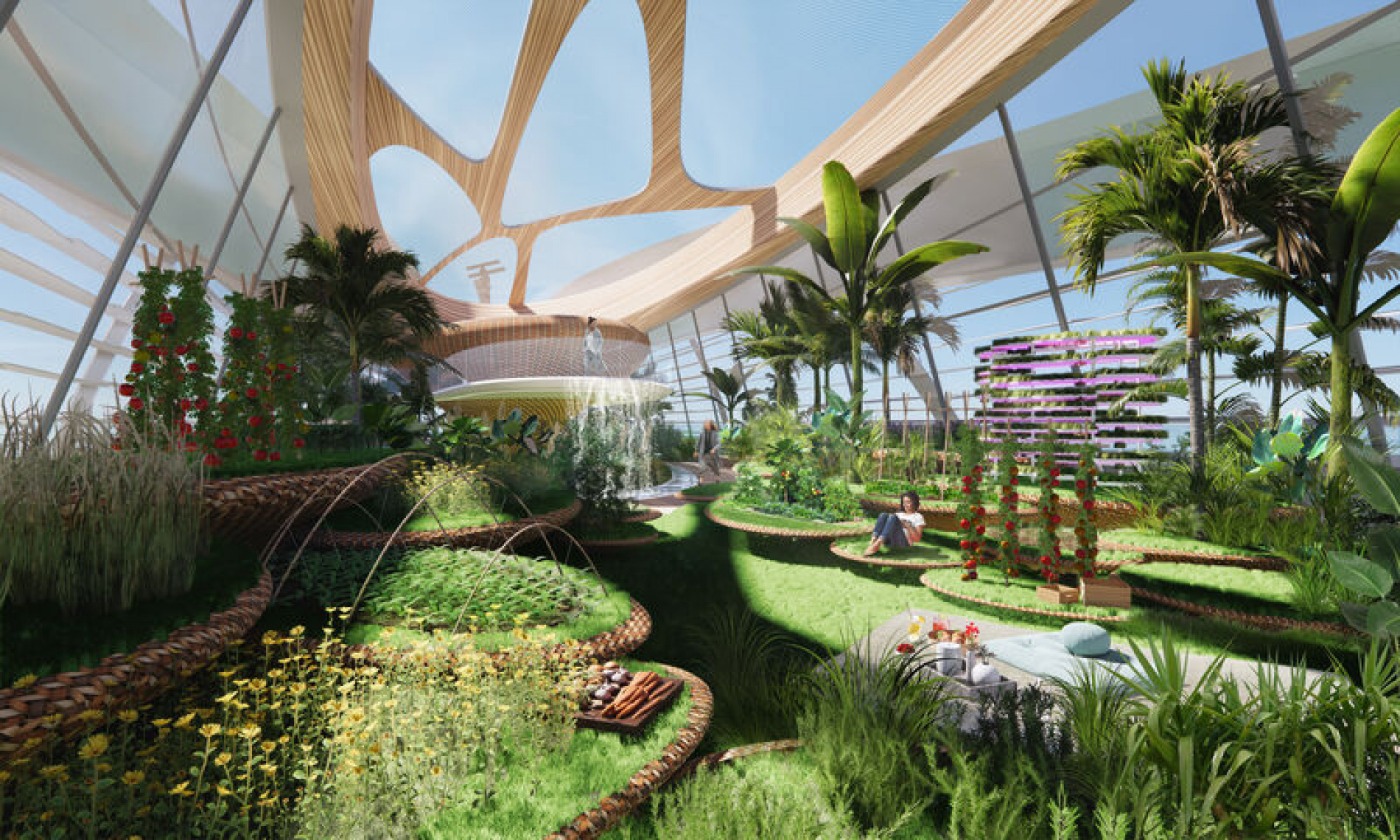 ARE WHEELHOUSES DRIVING THE CHANGE IN YACHTS DESIGN?

Alexander Griffiths, Staff Writer at SYT, sits down with some of the key players at Feadship, 3deluxe and Merveille Yachting to question what the future may hold for the wheelhouse.

The battle between tradition and modernity wages on – and the fight is just as fierce in the yachting sector. This year alone has brought forth an array of designs that throw caution to the wind. The 45-metre Martini catamaran, for instance, designed by Servo Yachts and Shuttleworth Design, features twin mechanical hulls that battle the waves to, as Justin Ratcliffe aptly described, fend of “Rock ‘n’ Roll”. Then there’s the Espen Øino designed concept which intersects the characteristics of CAT and SWATH yachts, in a bid to improve sustainability by reducing drag. The list goes on…

Three concepts deserve particular attention though, as the shared innovational drive is rooted not just in sustainability, but pivot on changes to the wheelhouse itself. An area which hasn’t been the subject of radical penmanship for some years now. The concepts are: 3deluxe’s VY-01, Merveille’s line of Eco-explorers and the 81.75-metre Pure from Feadship.

Revolution has never looked so green

The 110-metre VY-01 concept radically overthrows traditional and bends the expected into a lush haven filled with meandering rivers, tall trees and a natural habitat. The onboard sanctuary, in lieu of a main saloon, may have been the lodestar for the designers but it also led them to rethink the wheelhouse – in order to stretch the interior landscape to this full extent, it had to be moved.

“We want to stir things up,” Björn Asmussen, Director & Executive Architect at 3deluxe explained. “The components of ships are normally stacked on top of each other, because that’s what makes sense. You have your technical equipment in the engine house, then your crew cabins and you build up on that vertical stack. So every technology that allows us to free up a component paves the way for innovation.”

Asmussen explained that digital innovations have expanded the boundaries of creativity as these advancements whet the appetite for what can be possible. 3deluxe has expressed very clearly that it’s target demographic is an owner daring to adventure and experiment with the very idea of yachting. The wheelhouse is part of this vision. “The intent of the concept is to embrace all technology. If it’s possible to incorporate remote navigation, then why not? With an AR setup, the owner or captain could steer the yacht from any location; they could be in the yacht’s garden, or up on one of the terraces and not forced to be in the Wheelhouse.”

As it stands, the wheelhouse is very forward, more so than normal. 3deluxe nestled it in between the A pillars of the superstructure to increase the spatial offering in the midsection of the yacht, giving more room to the park and the owner. It did come with a problem though: visibility. “Where it’s situated there is a fairly decent view for the captain; however there will be a few blindspots. AR will help overcome this, as we can install cameras and screens to re-open these spaces for the human eye.”

In a slightly different vein, but just as radical, is the idea of incorporating dual controls. Nicolas Cantenot and Jerôme Vollet, the creative leaders of Merveille Yachting, have been compelled to do just this with their line of Eco-explorers.

The lineup is driven – as the name suggests – to reduce the ecological footprint of yachting post-construction. The yachts, both in catamaran and monohull form, are characterised by large automated Oceanwings that jut out from the superstructure and which are but one part of the line’s ‘eco’-DNA. What goes slightly unnoticed though is the changes that Merveille has made to the traditional helm to encourage onboard interaction.

“We often hear how owner’s feel that they are missing out from the experience itself as they are separated from the operations of the yacht and they don’t get the chance to be in control,” Cantenot said. “That is why we’ve incorporated dual controls to our yachts, situated on the skydeck, so that guests can take control and be fully immersed in the full experience.”

Merveille hasn’t stopped there either. The wheelhouse is equipped with large screens to give the captain and the crew 360° view of the sea and the yacht’s surroundings. “This is another important aspect of creating a fully immersive onboard harmony,” Vollet added, “as it removes all barriers between the captain and the guests.”

The 81.75-metre concept Pure is an art of extremes. Feadship and Studio De Voogt have spearheaded innovation in a bid to redefine what’s possible. Heading their agenda was flexibility and a commitment to reimagine typical GAs to give future owner’s the prime onboard real estate.

“With a traditional arrangement of the engine room and bridge you're stuck, you lose a great deal of flexibility,” Giedo Loeff, Head of Research and Development at Feadship, explained. “Because of new technology though, you can shuffle this arrangement, freeing up space and moving areas of a yacht previously untouchable.”

Feadship is proposing an entirely blind wheelhouse that fully embraces video and image processing technology so that it can be located anywhere enclosed. “We recognise that the Command Centre is a controversial proposal that may lead to resistance, but such solutions are already common on subs and naval vessels,” Bram Jongepier, a senior specialist at De Voogt Naval Architects, previously said.

At first glance this may seem like an exercise of trust, with the captain navigating a vessel from even the lower enclaves of the vessel; however, with the advantages of innovative tech, this may not be the case. Video and image processing technology has proved that it can be used to complement the essential systems – visibility, navigation, etc. – in the commercial shipping sector. As Jongepier said, in subs and naval vessels for years now.

“We have been in contact with surveyors – and yes, we think it is feasible,” Loeff said. “You never know for sure if anything will be accepted. You have to make a design, you have to submit all the plans and then you get your firm approval. It’s not something that gets an approval from the get-go, we need to be the movers on this.”

Theoretically great, but is it practically sound?

To properly get a handle on just how practical these innovations are, we sat down with Mike Rouse, captain of Damen Yachting’s 72.15-metre Game Changer, to hear his insights.

“Cars have AR these days, planes have had it for years, you can even get it in sunglasses,” Rouse commented. The technology might be novel in the yachting sector but it’s not new elsewhere and has been making strides in multiple other industries.

“Every element of our daily lives is in a constant march towards greater technology, integration of life's devices. I agree that the wheel house has not really changed over the years, small advances in technology but fundamentally they have remained the same,” continued Rouse.

“If it can be done in submarines and navy vessels it can be done on yachts. Yachting exists for a select few to have an amazing holiday in absolute luxury, the better the experience we can offer owners, charterers and guests the more people will want to engage with this industry. If that means learning some new skills and relocating the wheel house then l am all for it. Like all ‘drastic’ changes it would take some getting used to but over time it would be the new norm,” Rouse concluded.

There will be a few hurdles that need to be overcome – the biggest, of course, getting the advancements certified by a surveyor. But if this can be done, then we may start seeing great changes riding off the back of this, not just with the wheelhouse itself but traditional configuration of yachts and the overall experience may get refreshed. All three concepts have the potential to bring this and to change the face of yachting entirely. The question then is: will a redesigned wheelhouse steer us toward a new era of yachting?