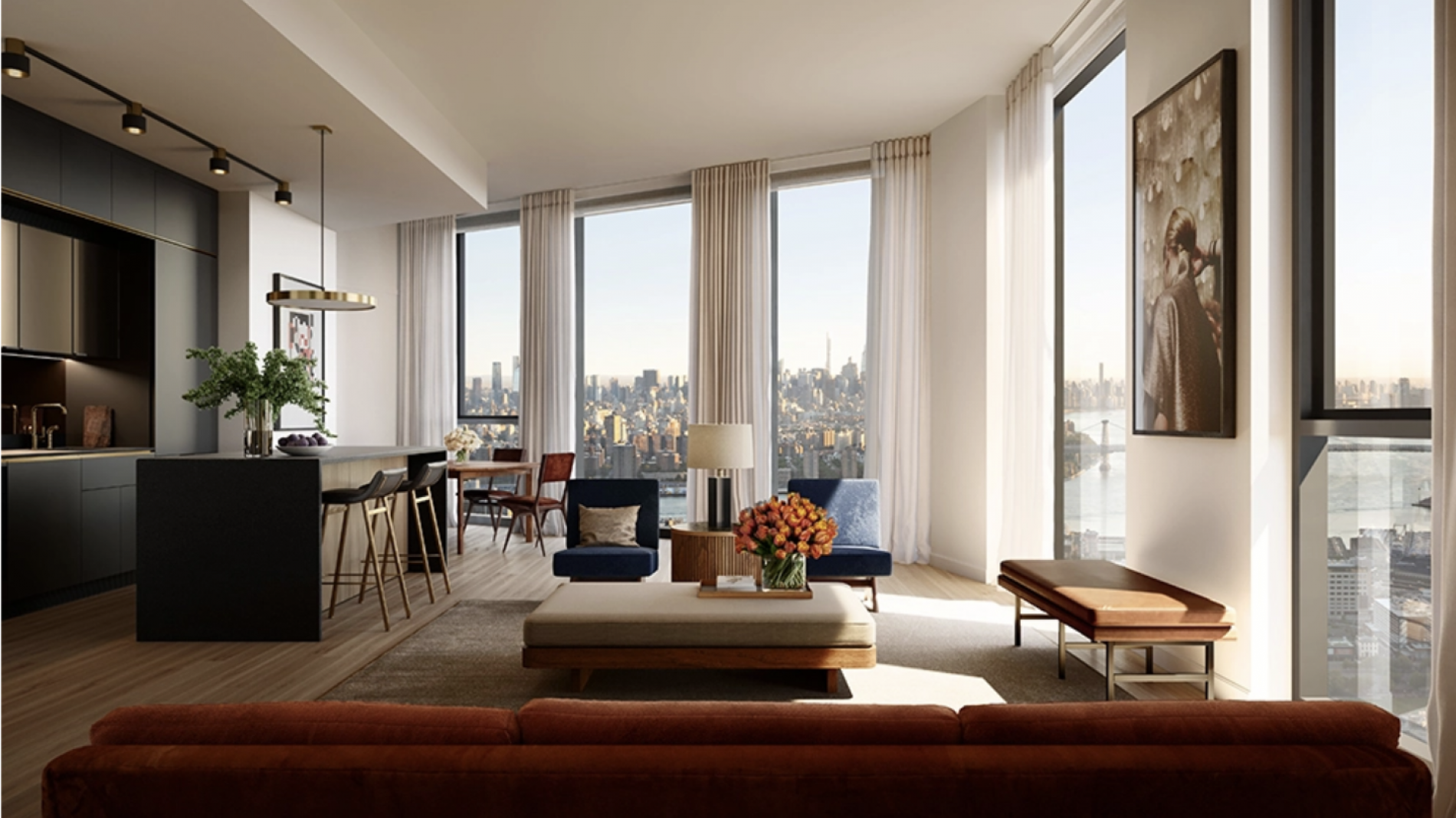 Gachot Studios will bring a sophisticated look to the hexagonal structure's interiors.

The supertall is coming to Brooklyn. Topping out in October at a whopping 1,066 feet, a new residential building dubbed Brooklyn Tower is reshaping the borough’s skyline. It’s comprised of 550 units altogether, with 150 for purchase and 400 for lease. Details on pricing and sale dates are still under wraps, but for now, Robb Report is getting an exclusive first look at the structure’s condo interiors.

Gachot Studios designed the individual apartments in collaboration with SHoP Architects, the firm behind Brooklyn Tower’s tall, slender facade. It’s not the first time that SHoP has worked on this sort of project—they previously teamed up with JDS Development Group, the developer of Brooklyn Tower, for 111 West 57th Street, a 1,428-foot residential building in Manhattan proper.

The vision for the interiors is to mirror SHoP’s exterior palette, which will incorporate stone, bronze and stainless steel. “The materials that are in the kitchens, in the bathrooms and in all the residences are such a play off of all the materials that were used in the facade,” says Christine Gachot, one of the founders and principals of Gachot Studios. “The facade materials were in our studio and on our desks all day, every day. That’s how we came up with the palette, the materiality, the warmth.”

The kitchens, for example, will feature bronze finishes throughout, plus black granite counters. They will be fully fitted out with Miele appliances, too, from dishwashers and convection ovens to refrigerators and gas cooktops. White oak floors run throughout the residences and juxtapose some of the earthier, deeper material choices.

The bathrooms, meanwhile, will also feature a few subtle bronze details in the mirrors but are primarily defined by their marble finishes. The walls are a Breccia Capraia marble, while the floors are a more traditional white-and-grey stone dubbed Bianco Dolomiti.

Much of these interior and exterior aesthetics come from the borough’s history. Brooklyn Tower is attached to the old Dime Savings Bank of Brooklyn, which was constructed between in the early 1900s and is a New York City landmark. The supertall’s collaborators hope their new build will have the same long-term impact. “These projects of such scale, they influence all of our lives as New Yorkers,” says Gachot. “And they influence the way people think about our city. That’s a monumental responsibility in my mind.”