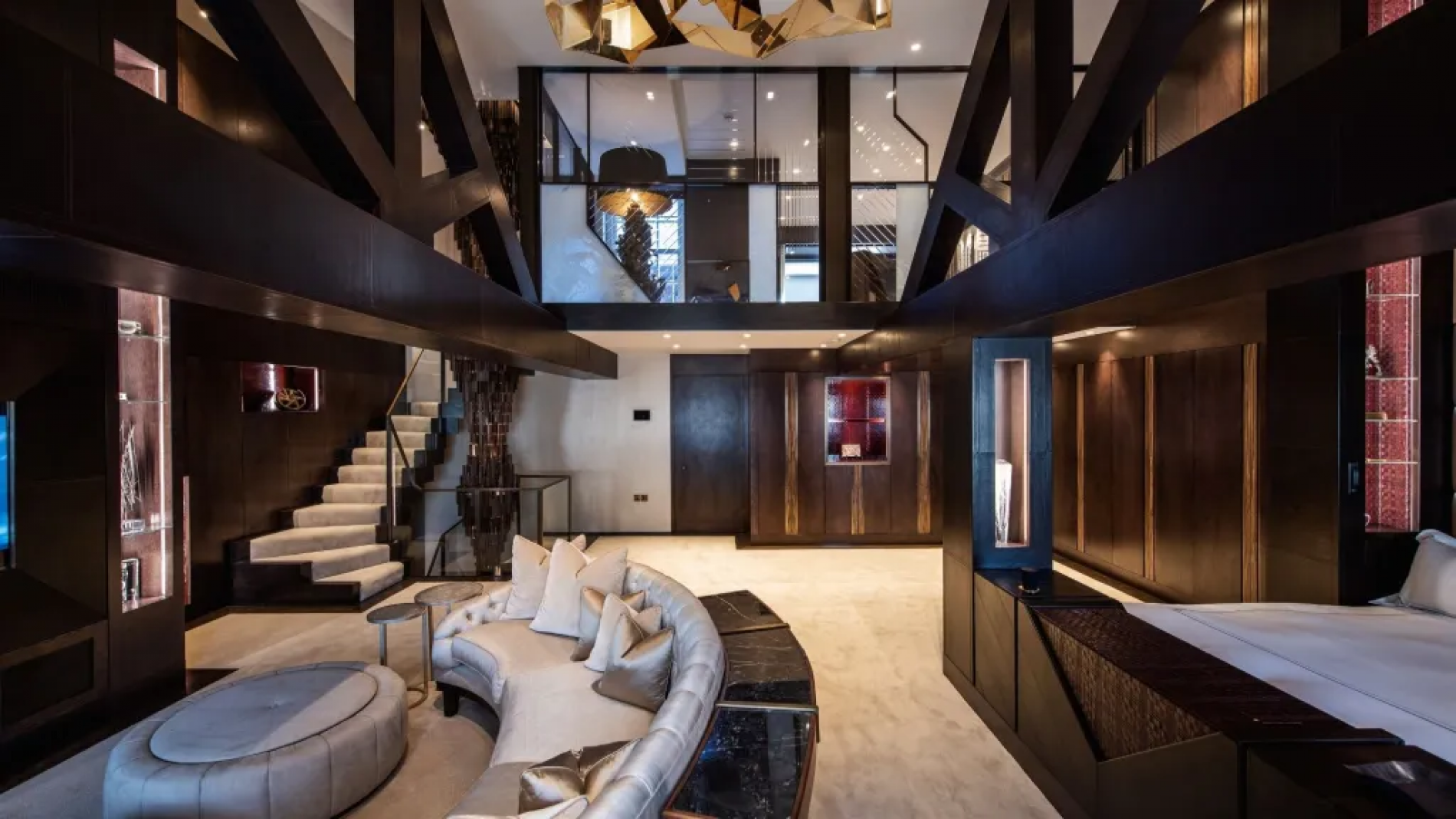 The 14,000-square-foot private palace is currently the most expensive property in Mayfair.

The house that Tom Ford built is up for grabs.

Gucci’s former London headquarters has just been listed for $66.6 million or for lease at £40,000 (about $48,400) a week, Bloomberg reports. The Grafton Street property, located in the the city’s tony Mayfair neighborhood, dates back to as early as 1769 and was once home to a British Lord High Chancellor.

The palatial property, which has undergone a lavish restoration, has eight bedrooms, a swimming pool, conservatory, gym and movie theater, among other amenities. The interiors are arranged over basement, lower ground, ground and four upper floors. The palace was designed by architect Sir Robert Taylor in a Neoclassical style: Think 20-foot-high gold leaf ceilings, Georgian fireplaces and marble-lined plunge pool.

Even though it’s been restored, the mansion’s legacy remains as storied as its former inhabitants. At one point, it was the known residence of Lord Brougham, a 19th-century British statesman who went on to become Lord High Chancellor in 1830. In 1998, Gucci bought the property, three years after naming American designer Tom Ford creative director. The decision to relocate the Italian fashion house’s headquarters from Milan to London came from Invescorp, which took ownership of the company in 1994. The investment fund wanted to distance the brand from the assassination of Maurizio Gucci by his ex-wife in 1995. In an attempt to start anew, the London palace officially became the company’s new HQ and underwent a 24-month renovation with construction finishing in 2000.

Today, what used to be Gucci’s main meeting room and boardroom is now the home’s first-floor dining room. The second and third floors once served as offices for Gucci’s PR team, IT department and other staff. The fourth floor was former CEO, Domenico De Sole’s workspace; it has an adjoining sunroom and vaulted beam ceiling.

“The former Gucci mansion, the brand’s global HQ, is now Mayfair’s finest house currently for sale or let. It is here that Tom Ford and Domenico De Sole entertained Alexander McQueen, Anna Wintour and François Pinault and where Lord Chancellor Lord Brougham entertained Queen Victoria and the Duke of Wellington,” said Gary Hersham, founding director of Beauchamp Estates, the firm who’s been appointed to either sell or lease the mansion.

Whether the palace’s next residents will write a new chapter to its rich history is an open question. One thing is certain, however: They’ll pay a lot more for the chance than Lord Brougham did.