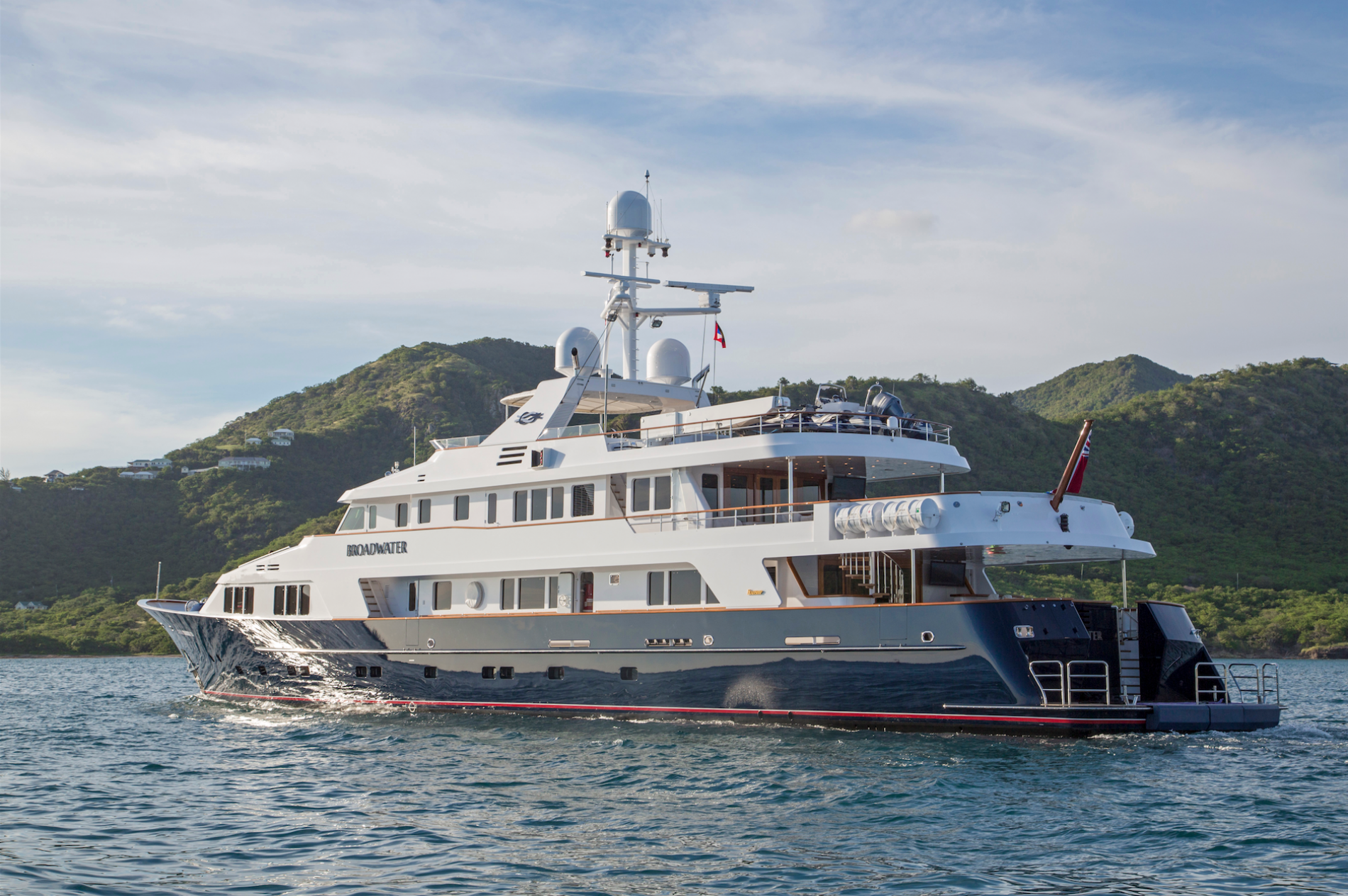 With an interior and exterior design by Donald Starkey, and built in aluminium by Dutch yard Feadship to Lloyd's class and MCA compliancy, with delivery in 2002, Broadwater has been carefully maintained to the highest standards and underwent a full exterior repaint along with interior upgrades in 2013. Her original build specification called for a seaworthy yacht capable of cruising anywhere in the world including the shallow waters of the Bahamas.

In early 2017 she completed a refit that included an entirely new interior and new exterior repaint to include a dark blue hull. Powered by twin 1,500hp Caterpillar diesel engines, she has an impressive range of 5,000 nautical miles and is fitted with Quantum zero speed stabilizers,

On display at the upcoming Fort Lauderdale Boat Show, Broadwater is now asking $26,900,000.