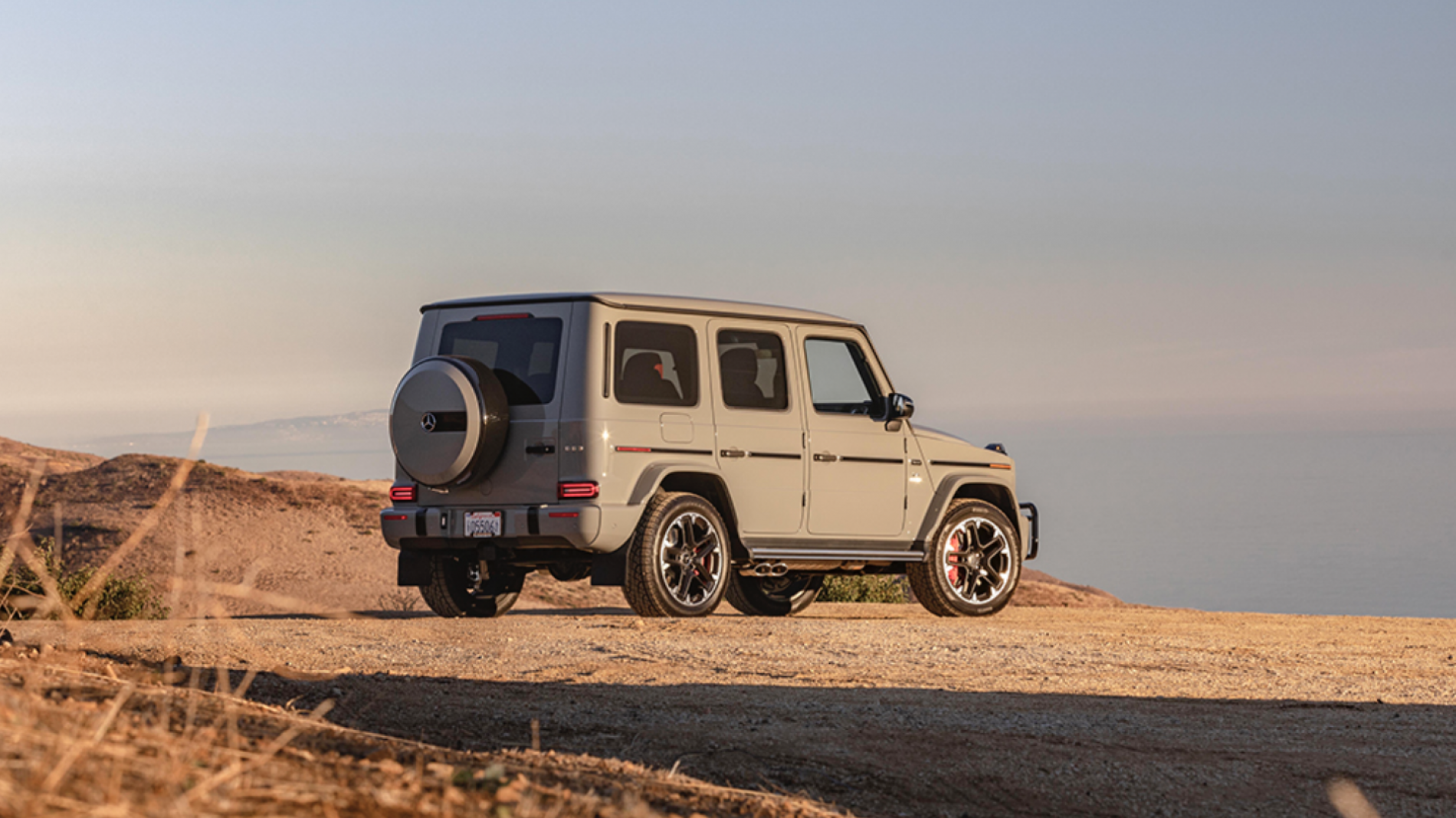 THE G-WAGEN IS MERCEDES'S MOST UTILITARIAN MODEL. IT'S ALSO THE HARDEST TO GET.

The luxury model is capable of climbing a 45-degree grade, tearing up the tarmac and delivering a smooth ride.

Mercedes’ wildly popular G-Series needs little introduction. What began as a military vehicle circa 1979 has become the darling of the “Live to Shop, Shop to Live” set, an utter waste of what is probably the most capable showroom-stock all-terrain vehicle on the planet, one made for serious off-road driving. Like so many lifestyle accoutrement, the G Wagen—like Philippe Starck’s gold-plated AK47 table lamp—eventually became a hipster fashion accessory. The ultimate current model is the AMG G63, a luxury SUV capable of climbing a 45-degree grade and tearing up the tarmac while delivering a surprisingly civilized ride. And as is the case with some exclusive watch brands, Mercedes’ most utilitarian model has become the most coveted and difficult to obtain.

The latest-generation G-Class (W463 is its internal code) was introduced in 2018, and though it is larger by millimeters in length and width, looks nearly identical to its predecessors and is stronger, lighter—and importantly—more comfortable. Powered by a 577 hp, twin-turbocharged V-8 engine that delivers 627 ft lbs of torque through a new 9-speed automatic transmission, it offers a choice of driving modes include Comfort, Sport, Eco, Individual, and G (optimizing off-road capability). Handling and ride quality have been improved, in part due to rack-and-pinion steering and a new independent front suspension, along with 100 percent differential locks that improve comfort and agility on any surface. The surge of power is S-Class smooth, while the cabin is supremely luxurious, quiet, and as well suited for highway cruising as it is for desert ratting.

If this 5,400-pound Mercedes-Benz feels as if chiseled from a solid block of granite on a Ringstrasse facade, it’s because every fastener, seam and surface is engineered and finished for the long haul, and then hand-assembled in Graz, Austria. Hoisting oneself into the cabin is easy, and behind the wheel, the driver feels in command of every sort of road. With 9.5 inches of ground clearance and riding high, visibility is excellent, in part because of the huge expanses of flat fenestration that glaze four doors, windshield and backlight. The vault-like doors shut with the assurance of a Stockinger safe and lock automatically with the sound of a bolt-action sniper rifle. A satisfying counterpoint to the mechanical symphony is the standard Burmester Surround Sound System, as if a concert hall were installed in a lead-lined bunker. Priced from $156,450.