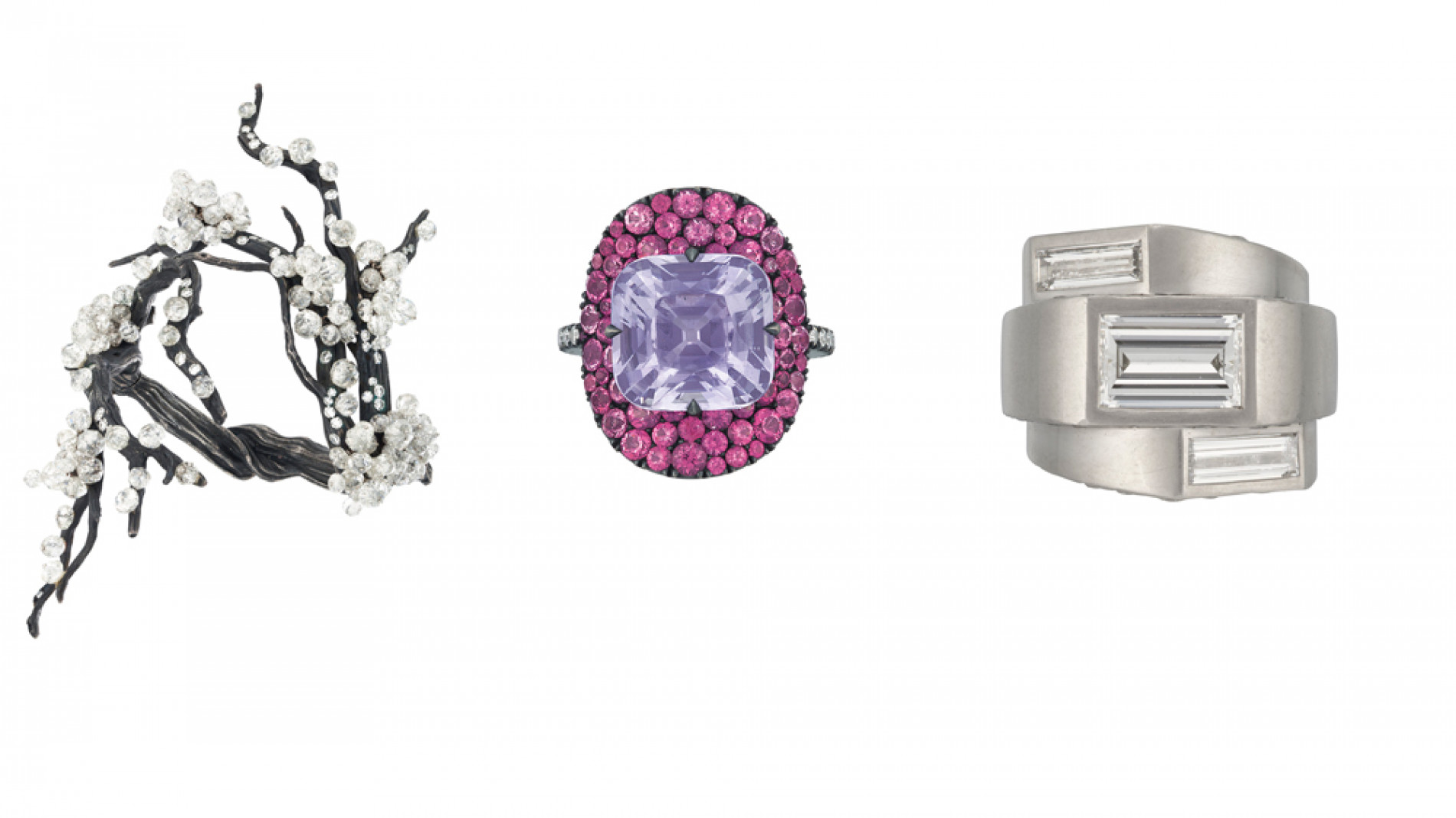 THE LARGEST DIAMOND EVER MINED IN NORTH AMERICA COULD FETCH $5.5 MILLION AT AUCTION

A 204.36 carat fancy yellow diamond hits the block at the Christie’s Magnificent Jewels auction on June 8 in New York City. The Dancing Sun, with an estimate of $3.5 million to $5.5 million, is the largest polished diamond ever mined in North America.

It was cut from a piece of rough weighing 552.74 carats. Six smaller diamonds were cut from the same rough, ranging from 14.52 to 1.06 carats, and are also included in the sale. All six are set into rings. The rough diamond came from the Diavik Diamond Mine, the second to open following the great Canadian diamond rush of the 1990s. The previous record for the largest known gem quality rough ever mined in North America was the 187.66 carat Foxfire rough, also mined at Diavik. It was cut into several gems, including a pair of pear shapes weighing 37.87 and 36.80 carats, auctioned at Christie’s New York in December 2018 for $1.5 million.

A smaller diamond, but one with an interesting provenance and perfect clarity, is also up for grabs June 8. The 54.03 carat Chrysler diamond, a pear-shaped internally flawless, D color gem, is set into a necklace with 43 smaller pear-shaped diamonds weighing 1.69 to 0.50 carats, also internally flawless/D color. The necklace is estimated at $3,500,000-4,500,000. It is named for its previous owner, socialite Thelma Chrysler (1902-1957), daughter of Walter Chrysler, founder of the Chrysler Corporation. Harry Winston acquired the diamond from her estate, and recut it from its original 62 carats to 58.6 carats in order to make it a D-color flawless. He sold it in 1963, and it turned up at an auction in Geneva in 1980. A private owner recut the diamond again in 1983 to its current size of 54.03 carats. It was mounted in the necklace, which appears in this sale.

There is a high value attached to signed pieces, of which there are several in this sale, including jewels by Harry Winston, Jean Schlumberger, Marina B, Elsa Peretti, Verdura, Cartier and Van Cleef & Arpels. Among them are two notable pieces from Graff: a 10.13 carat diamond ring ($300,000-$500,000); and a diamond and emerald pendant ($200,000-$300,000). From Harry Winston, there is an emerald cut diamond of 11.93 carats, G color, VS2 clarity ($250,000-350,000). And finally, no important jewelry collection is complete without a piece by Joel Arthur Rosenthal, better known as JAR. A private collection of works by the appointment-only Paris jeweler is included in the auction. JAR is known for his perfect craftsmanship and wildly creative designs, often pairing unusual gemstones with untraditional materials – one of the pieces in the sale is a diamond bracelet set in blackened silver and platinum designed to resemble snow on tree branches ($400,000-$600,000). In 2013, JAR became the first living jeweler to have his work featured in a retrospective at New York’s Metropolitan Museum of Art. Three of the pieces in this sale were featured in that exhibition. The jeweler’s yearly production is about 70 creations, and each one is unique. He has made jewels for Ellen Barkin, Elizabeth Taylor and Lily Safra.

The Christie’s Magnificent Jewels sale will be held on June 8 in New York. An online sale of jewelry, which began May 20, continues to June 4.