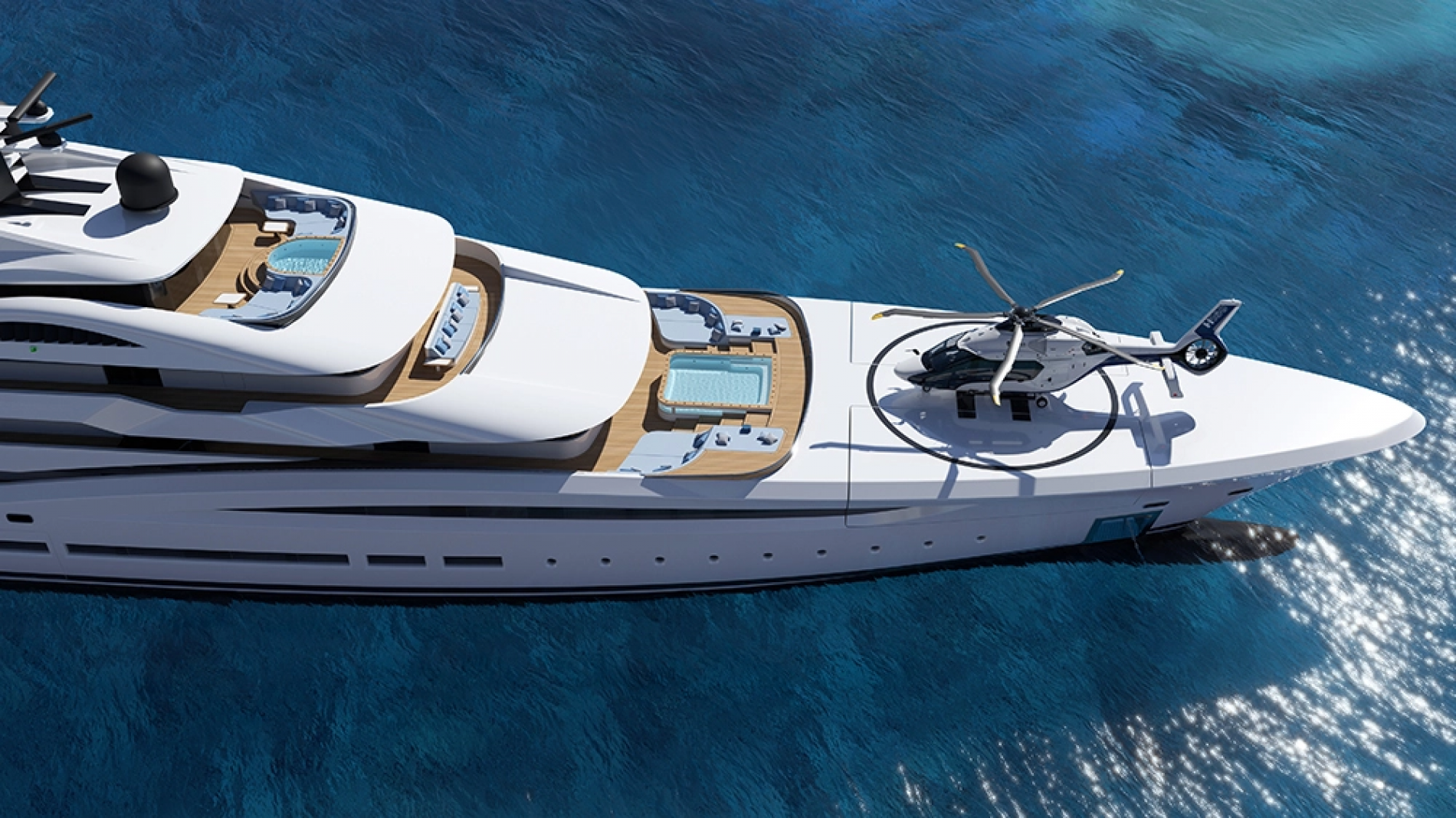 It’s not always easy to create a superyacht silhouette that stands out, but Rodriguez Design Studio has come up with one divine solution.

The Spanish studio has decided to add a “halo” to its newest megayacht concept. The 314-footer, christened Samana, sports a long, sinuous line that wraps around the entire exterior. Fancy semantics aside, the halo draws your eye from the sharp, pointed bow, along the sleek steel hull and down to the large swim platform aft. Another distinctive feature is the angled supports on the aluminum superstructure that run all the way up towards the sky deck.

“The key idea while developing the vessel was to create a yacht with simple, flowing lines that have character on their own, without over styling or crowding the yacht with non-coherent surfaces,” studio owner Josh Rodriguez said in a statement.

Samana’s interior is no slouch, either. With a beam of 50 feet, the vessel offers a generous amount of space onboard. The main deck comprises a lobby, a saloon and a dining area, along with a gym, a spa and a beauty area. There are also four guest cabins and two VIPs located amidship.

A central spiral staircase leads to both the upper and lower decks. The upper deck sports another saloon and a piano bar, while the wheelhouse deck features the owner’s suite, the captain’s cabin and, of course, a wheelhouse. Another level up, the aptly named sky deck is fitted with a sky lounge, a cigar lounge and a bar. The lower deck, meanwhile, houses the crew quarters, a tender garage and a dive store.

Outside, there is a host of amenities, including not one but two Jacuzzis, a helipad large enough to accommodate an Airbus ACH160, a sprawling beach club and two alfresco dining areas. Naturally, there are lots of spots for sunbathing, as well as multiple bars and lounges.