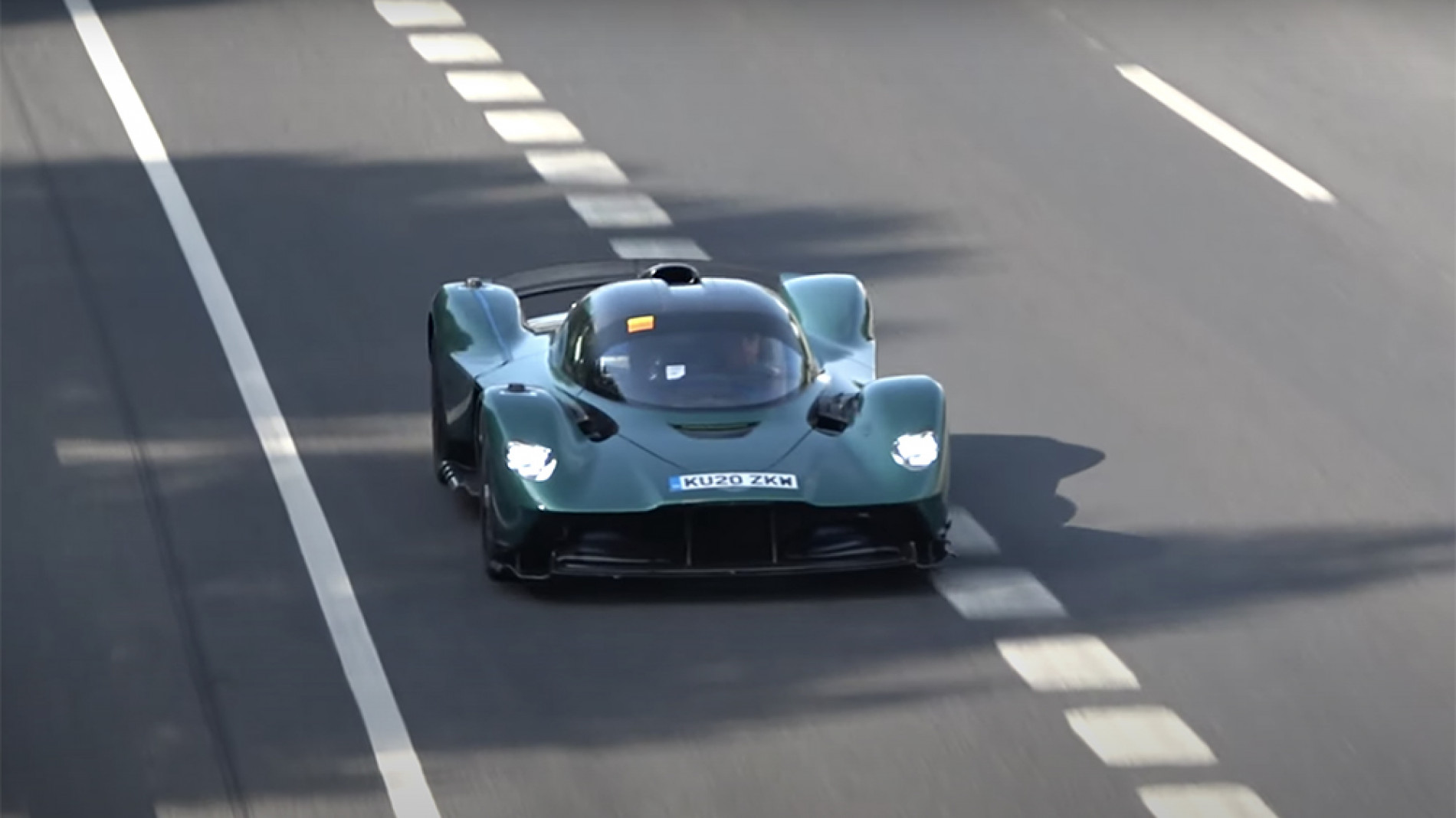 After years of waiting, it sounds like the Aston Martin Valkyrie will soon be upon us.

The British marque’s eagerly anticipated hypercar was recently spotted undergoing road testing in Spain. While that means deliveries probably won’t start in the next month or two, as had previously been announced, it suggests we’ll see a lot more of the Valkyrie in the very near future.

The car was captured speeding around public roads in a video posted to YouTube by Supercars All Day (via Motor1.com) over the weekend. In the footage, what looks like a production version of the hypercar can be see cruising along the highway and maneuvering through curvy Spanish roads. While the Valkyrie’s outlandish looks are guaranteed to turn heads, the roar emanating from its hybrid powertrain might be even more noticeable.  It’s clear in the video that the vehicle is operating at just a fraction of its capabilities, but it sounds like something closer to a Formula 1 racer.

The hypercar, which was announced way back in 2018, is powered by a naturally aspirated 6.5-liter V-12 that produces 1,000 horsepower and an electric motor that will generate an additional 160 hp. Thanks to the duo, the car produces a staggering 1,160 horses combined, 664 ft lbs of twist and can rev at 10,500 rpm. Acceleration times and a top speed have yet to be announced, but we expect those figures to be no less impressive.

Valkyrie details have been scarce. In February, the automaker announced that deliveries, which had already been delayed, would commence in mid-2021. Supercars All Day’s footage suggests the car’s expectant owners may have to wait a bit longer, as the marque continues road tests.

Aston Martin did not immediately respond to Robb Report’s request for comment regarding the testing or a new delivery date. However, Robb Report automotive writer Tim Pitt saw the “rampaging” hypercar out on the Silverstone track while out on a first drive of the Aston Martin Vantage F1 Edition. He was impressed, to say the least.

While you may soon get to see the Valkyrie in the flesh, the chances of getting your hands on the vehicle are slim to none. Aston Martin has already sold all 150 examples of the $3.2 million hypercar.