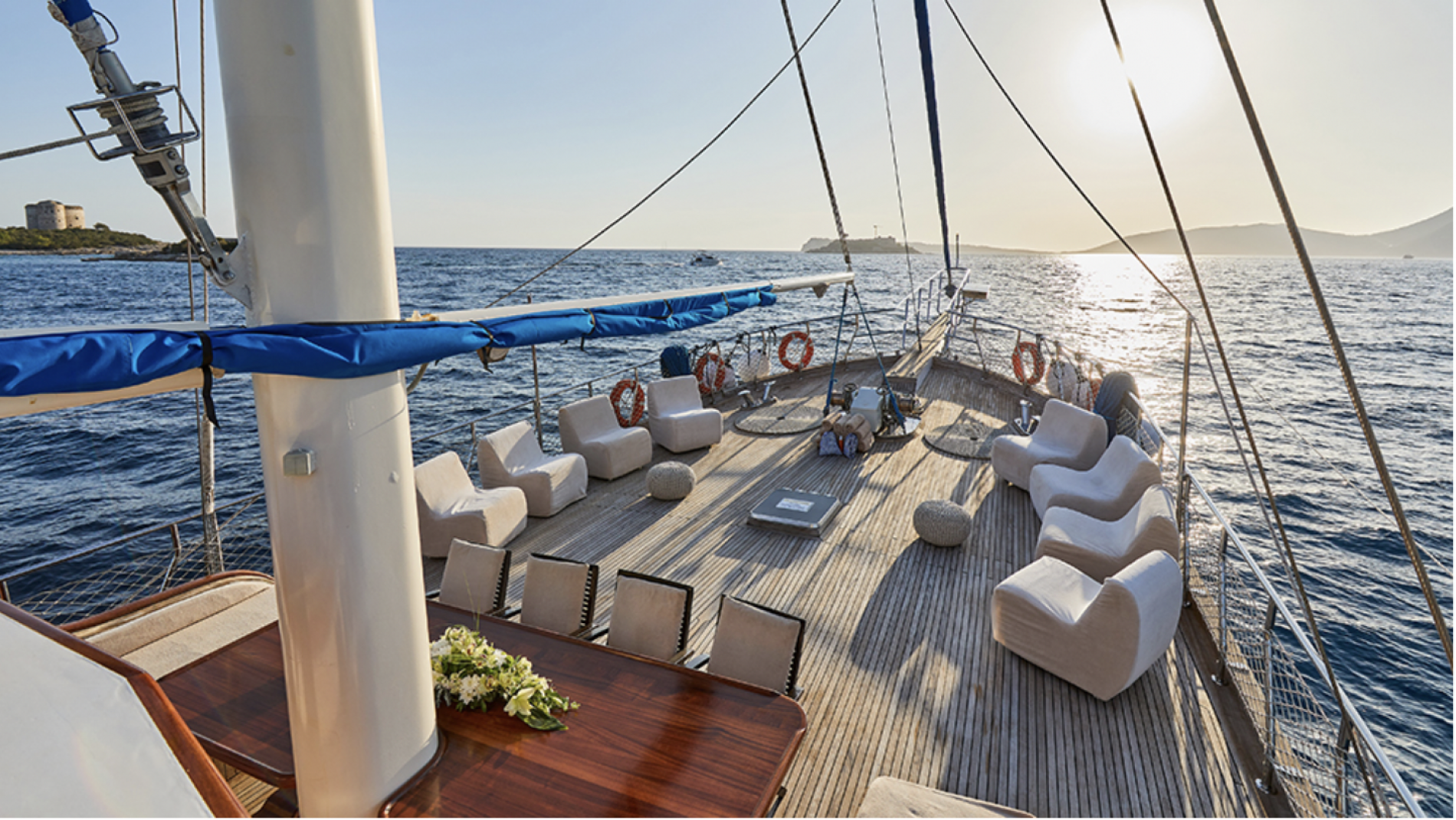 WHY MONTENEGRO HAS EMERGED AS THE BEST DESTINATION FOR YACHTING THIS FALL.

This is where the smart superyacht set are spending this September.

The Bay of Kotor could be a fjord. The water is cinched into a crevasse between steep mountains, its surface speckled with islands, the edges rimmed with charming medieval villages. Call it the Boka, as locals do.

“It’s strange, and striking,” says Edward Granville, who runs the luxury travel firm Red Savannah and has been visiting for almost 20 years. “The sheer mountains drop straight into the deep-blue sea, so it’s like alpine heaven.” This dramatic setting isn’t in Scandinavia or even Switzerland. It’s on the Adriatic coast, the star attraction of Montenegro, a tiny, Connecticut-sized country that, in recent years, has emerged as the new “it” destination in the Med. Forget Saint-Tropez or Monaco; this is where the smart superyacht set are spending this September.

Montenegro’s moneyed makeover was driven by yachting, as Monte Carlo–based broker Paola Scalabrino says. There are ample fine natural harbors all along the 180 or so miles of coast, and the best way to see them is from the water. (The roads are often single-lane and the beaches pebbly, so it’s usually more comfortable to weight anchor than dawdle on land.) Conditions also make sailing preferable: The winds pick up toward the end of the morning, making fall afternoon jaunts easy but still gentler than in the strong summer winds, known as meltemi, which can blight yachts attempting to tackle the Greek islands.

No one might have noticed any of this, though, had it not been for the acute shortage of superyacht berths in the Med, with inventory reaching its nadir in the mid-2000s. That problem prompted the late Canadian billionaire Peter Munk to explore alternatives, discovering one in Montenegro in the form of an old Hungarian military base that he set about transforming into a luxury marina. Munk dragooned LVMH CEO Bernard Arnault and Russian industrialist Oleg Deripaska, among others, to help him create what’s now known as Porto Montenegro. The complex established a template for Montenegro’s rebirth, which others, including Luštica Bay and Portonovi, have followed: mixed-use, luxury-focused and with a notable emphasis on yachting. It was well-timed, too, offering a convenient Adriatic alternative when Italy recently hiked berthing charges.

Disembarking in Montenegro, the best base is Portonovi, where One&Only has opened its dirst European hotel, complete with a world-class spa—the first satellite outpost of Swiss wellness clinic Chenot. Rooms start from around $990, but the marquee booking is the 161,460-square-foot Villa Orjen, which has its own private beach and jetty. If you’d rather channel a soupçon of Saint-Tropez, opt for Porto Montenegro, where Nikki Beach has opened nearby, bringing its signature mix of boutique hotel, buzzy pools and dry-clean-only bikinis to the Montenegrin shore (rates from around $770). But don’t expect to book a room at the Aman-operated Sveti Stefan anytime soon: It’s currently mothballed, the owner embroiled in a spat with locals over access to the hotel’s private beach, with no word yet as to when it will reopen. More hotels are coming, though. Ritz Carlton has announced a major project in Luštica Bay, while Rosewood is rumored to be heading to the historic town of Budva, just down the coast.

However, as Red Savannah’s Granville stresses, there’s more to the country than its glitzy shoreline. Venture three hours inland, he suggests, and the outdoorsy will discover a canyon-quilted interior ideal for rafting round Tara River or hiking nearby Nevidio Canyon while jumping between rock pools. There are also small, family-run wineries to be enjoyed; the country’s light, fresh cuisine is closer to Italian than the stodgier staples of the Caucasus, which makes sense when you recall that the Boka and its surroundings were part of the Venetian empire for centuries.

There’s ample opportunity to linger longer than a visit, with the mixed-use marinas also offering real estate for sale. And waterfront villas here come with an unexpected closing gift: a passport. Kieran Kelleher runs Dream Estates Montenegro and helps buyers navigate local real estate; the expat Irishman explains that the government designated certain projects, including Portp Montenegro, as part of a plan to encourage wealthy foreigners to invest in the country. Spend around $533,000 or more on a designated property and you’ll receive citizenship, with a passport that offers holders unfettered access to Europe’s Schengen zone, as a thank-you. Move quickly, though: The new government here plans to discontinue the program at year’s end.