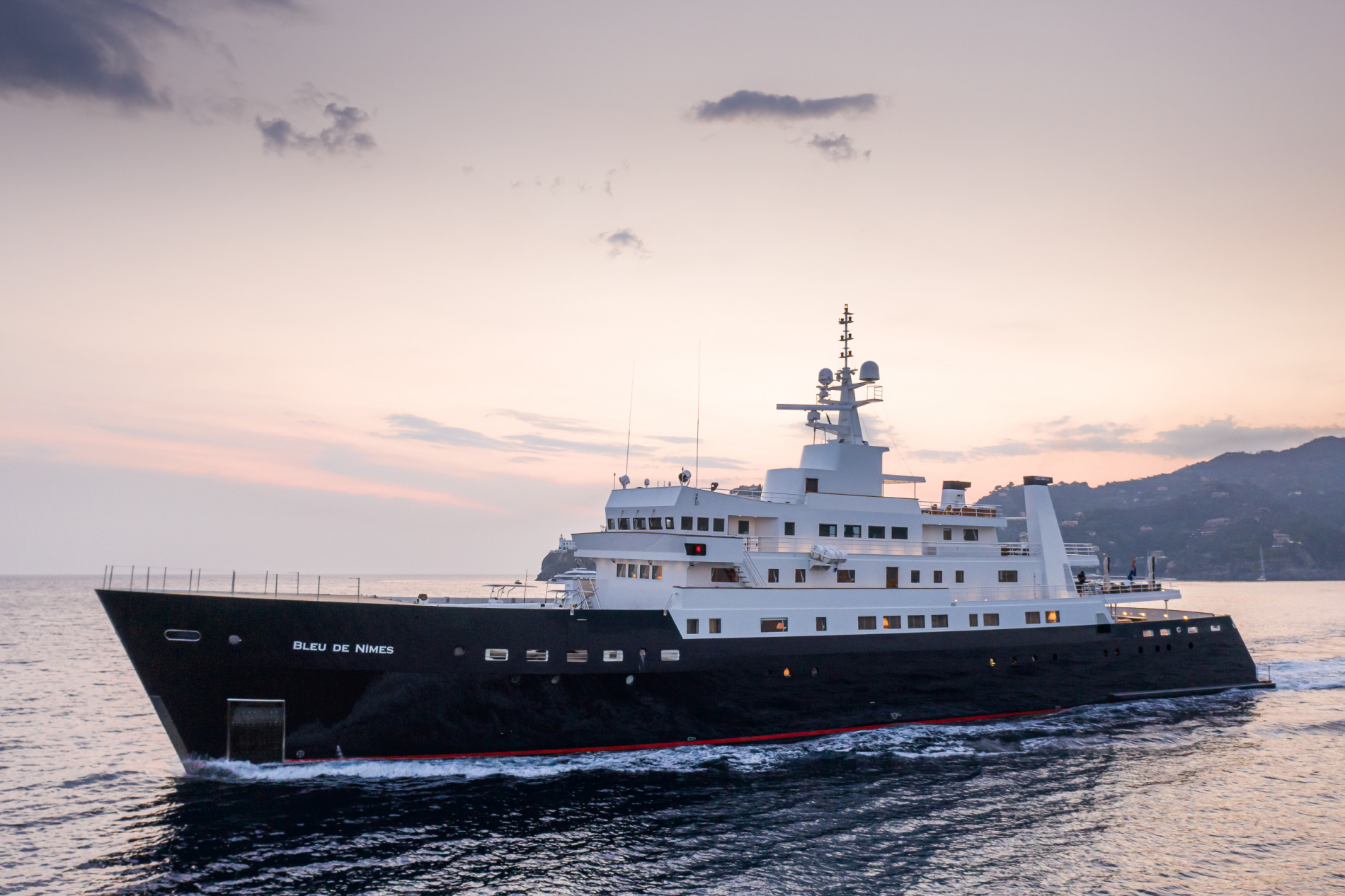 This former British Royal Navy Degaussing ship has been fully converted into a luxury motor yacht with a world-reaching range.

The 72.25 meters 1980 co-built motor yacht BLEU DE NÎMES is offered for sale following an extensive rebuild, which was completed in 2020. With naval architecture by Studio Nattero and interior design by Pier Vittorio Cerruti, BLEU DE NÎMES is a splendid example of a classic naval ship, which has been completely modernized into a beautiful ocean voyager. Formerly known as LODESTONE, BLEU DE NÎMES was originally built at the Cleland yard in England as a Degaussing ship and served in the British Navy until 1997.

BLEU DE NÎMES’ transformation into a luxurious cruiser began in 2000 and her conversion was so extensive that Lloyd’s classified her as new construction. A four-year rebuild between 2016 and 2020 saw her extended by 16m to 72.25 meters. A 12meter section was added mid-ship as well as a 4 meter new transom. Four guest cabins, two tender garages, a central stairway plus an elevator serving all 6 decks were added in the new section. On the lower deck, ten guest cabins now have direct access to the beach club.

Complying with the Passenger Yacht Code, BLEU DE NÎMES can accommodate an impressive 28 guests across 13 cabins, including a full-beam owner’s suite on the upper deck forward with an emperor-size bed, his and her bathrooms as well as a walk-in dressing room, and a separate study. The rest of the guest accommodation comprises two VIP cabins on the main deck, and six double cabins, two triple cabins and two twin cabins on the lower deck. There is also room for 23 crew and an additional 4 staff on board.

BLEU DE NÎMES’ impressive list of amenities now includes a cinema room on the main deck, a sauna, massage room and gym on the bridge deck, and two Jacuzzis, plus plenty of lounging areas on the sun deck. Two of the yacht’s four 9.30 meter tenders are now stowed in new garages on the lower deck, freeing up space on deck. She also features a touch-and-go helipad.

A new forward fin keel not only adds to the yacht’s overall speed and efficiency but has also resulted in a more comfortable ride at sea. With a range of 20,000nm at 12 knots, BLEU DE NÎMES yacht is a true ocean voyager. 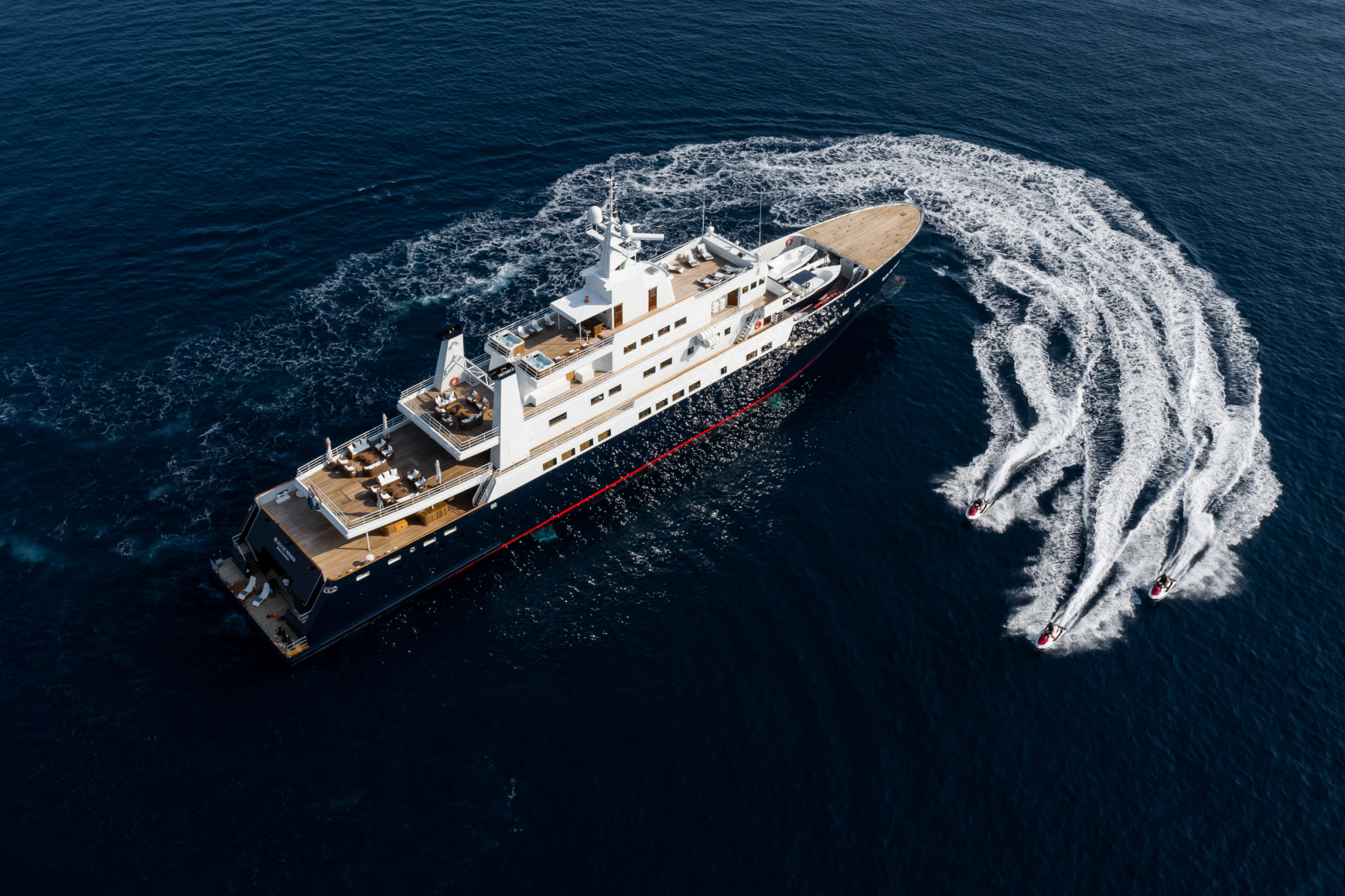 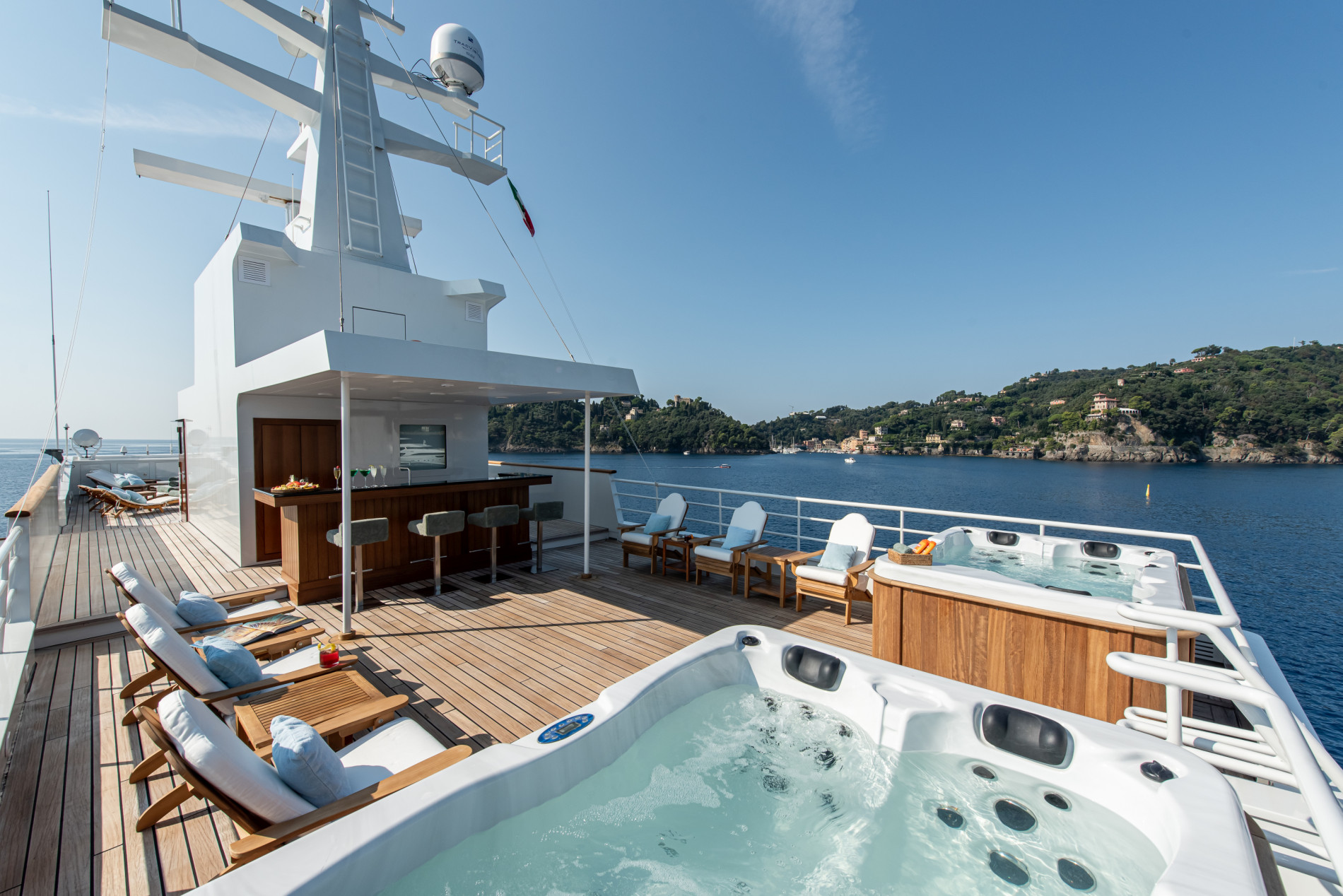 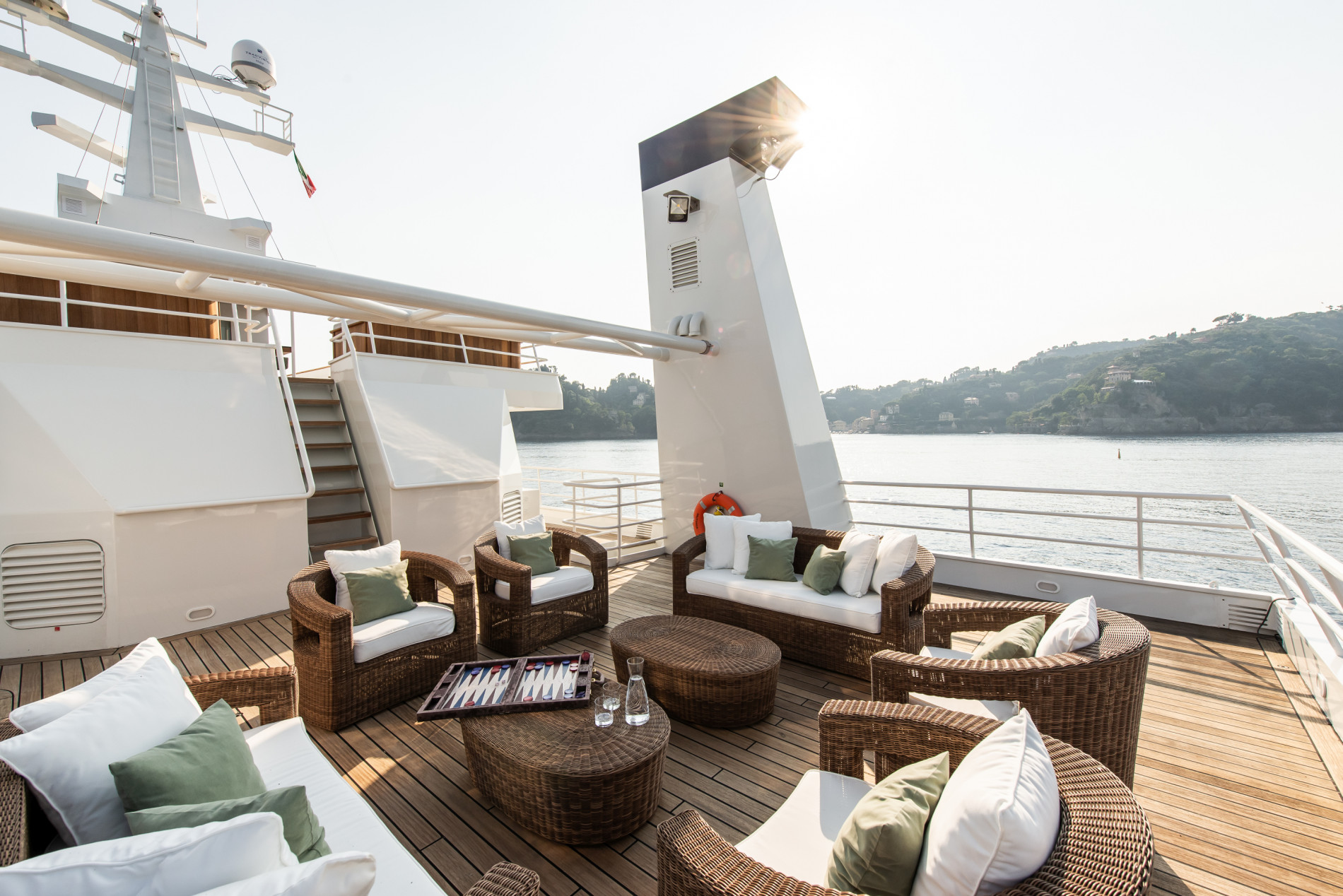 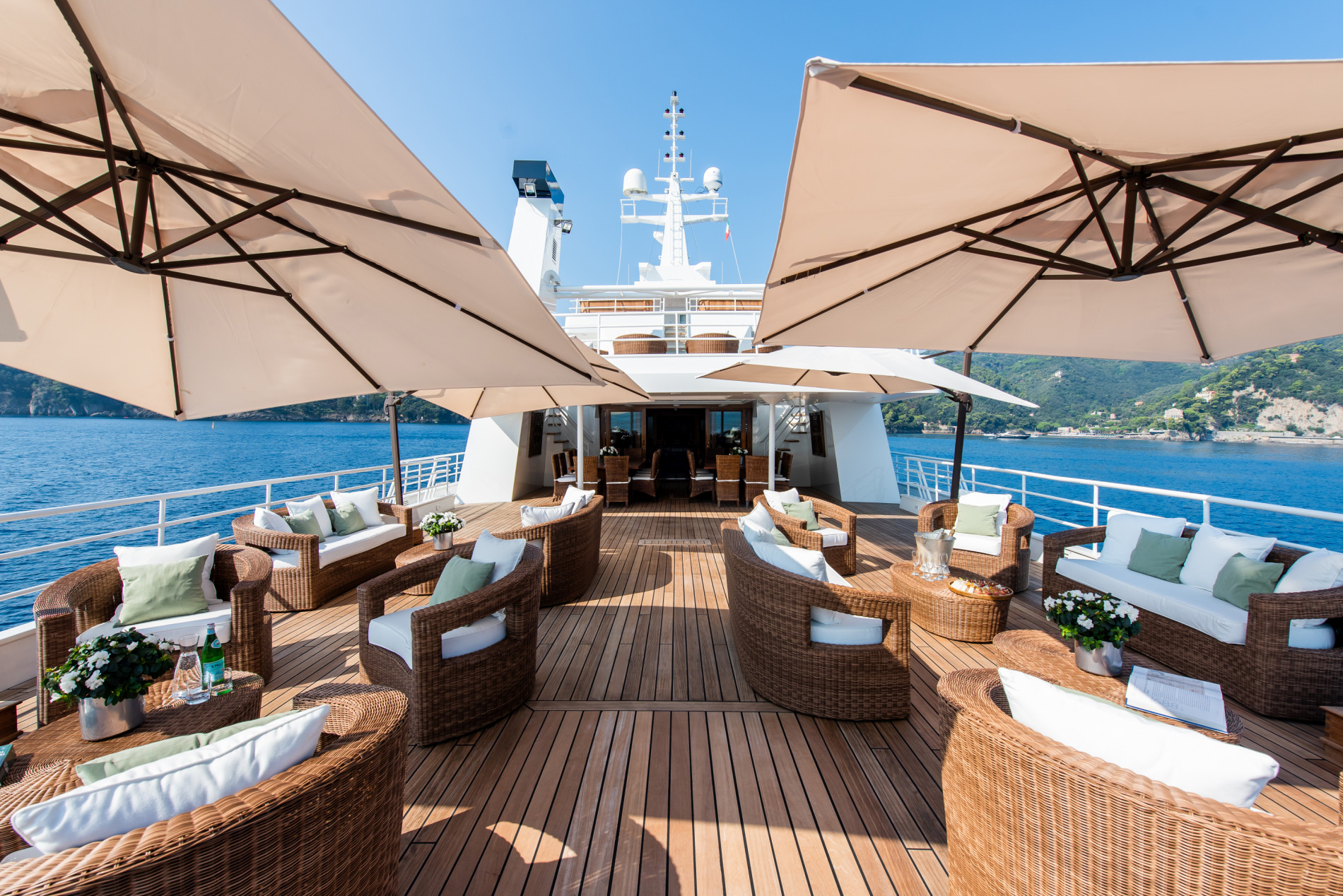 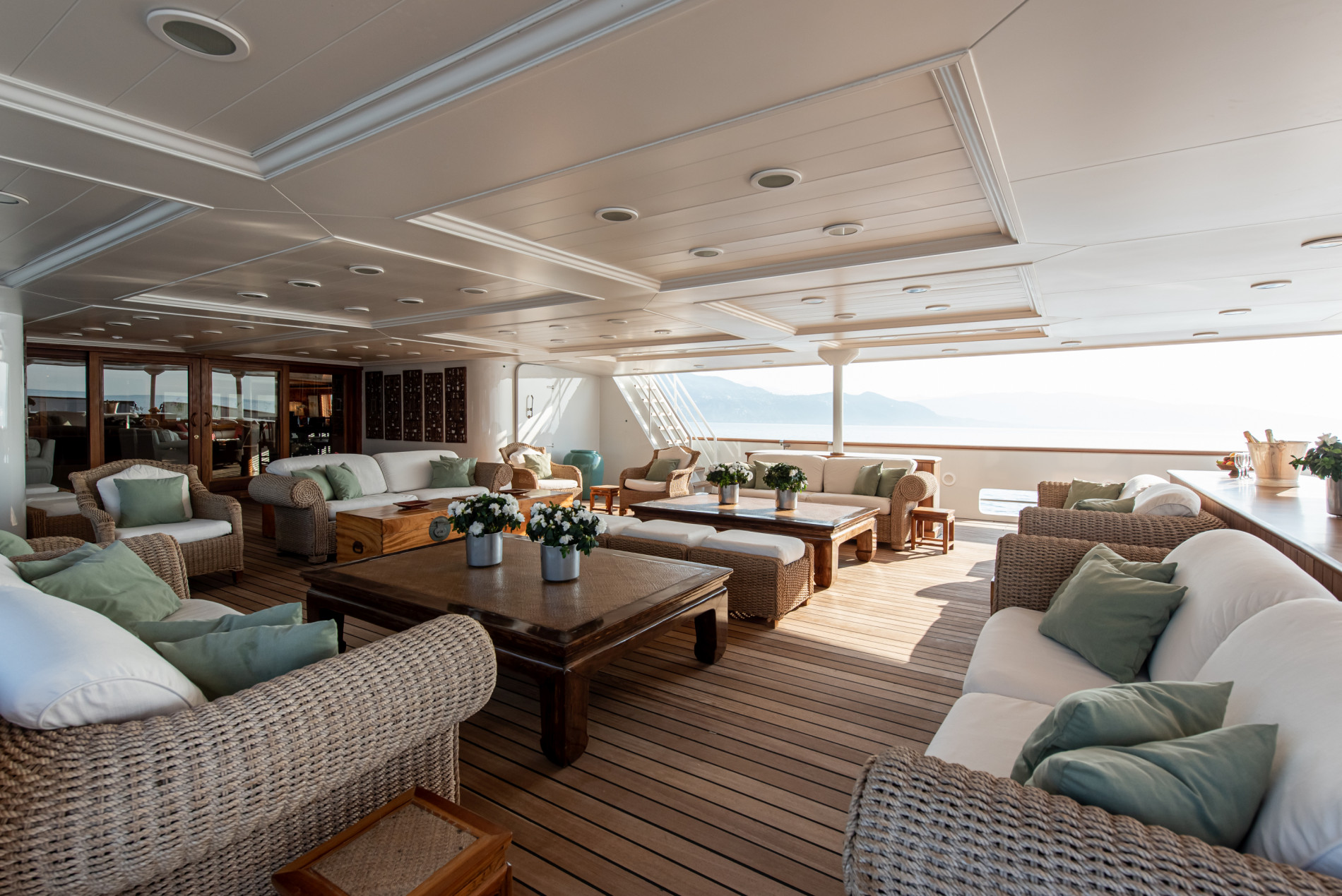 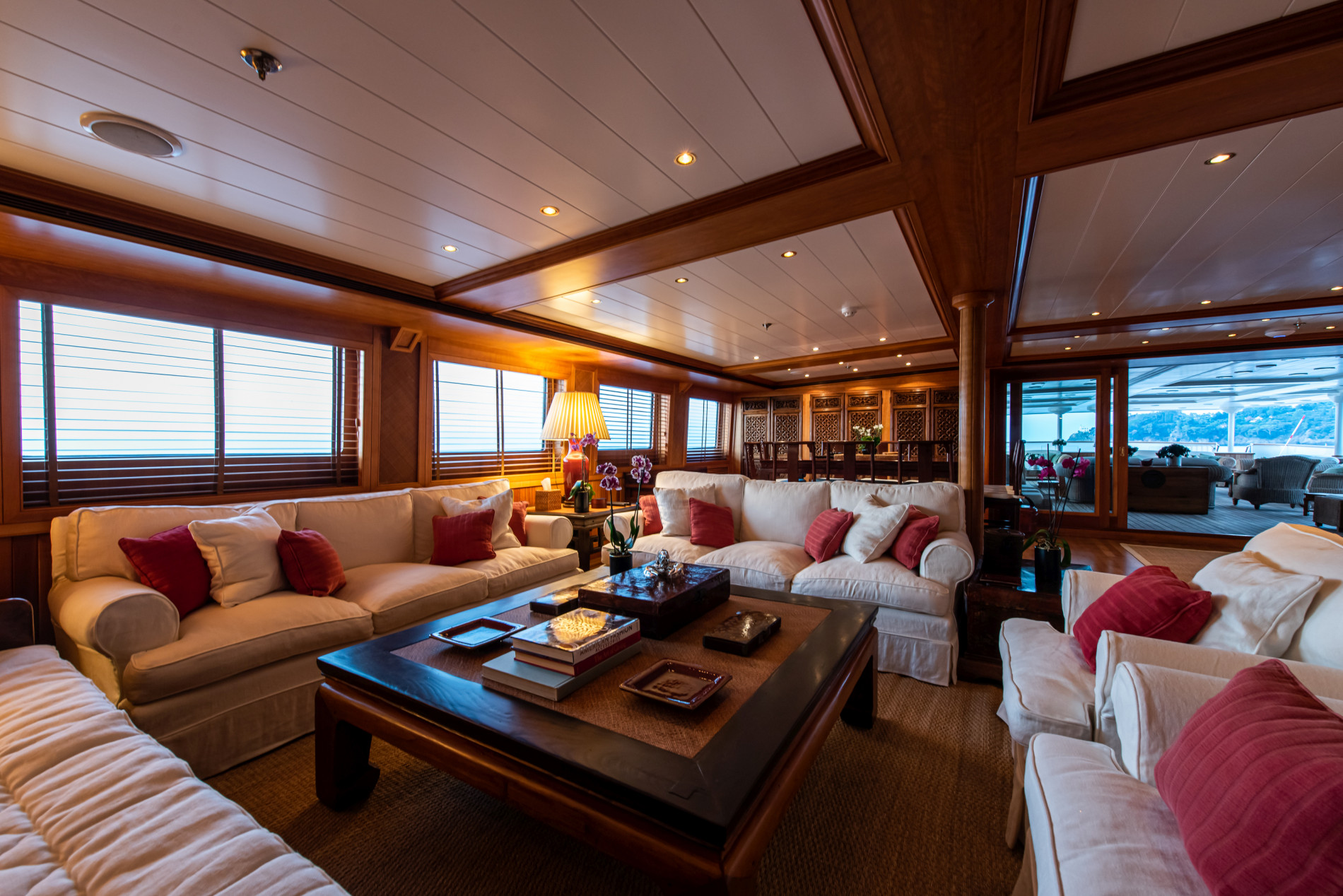 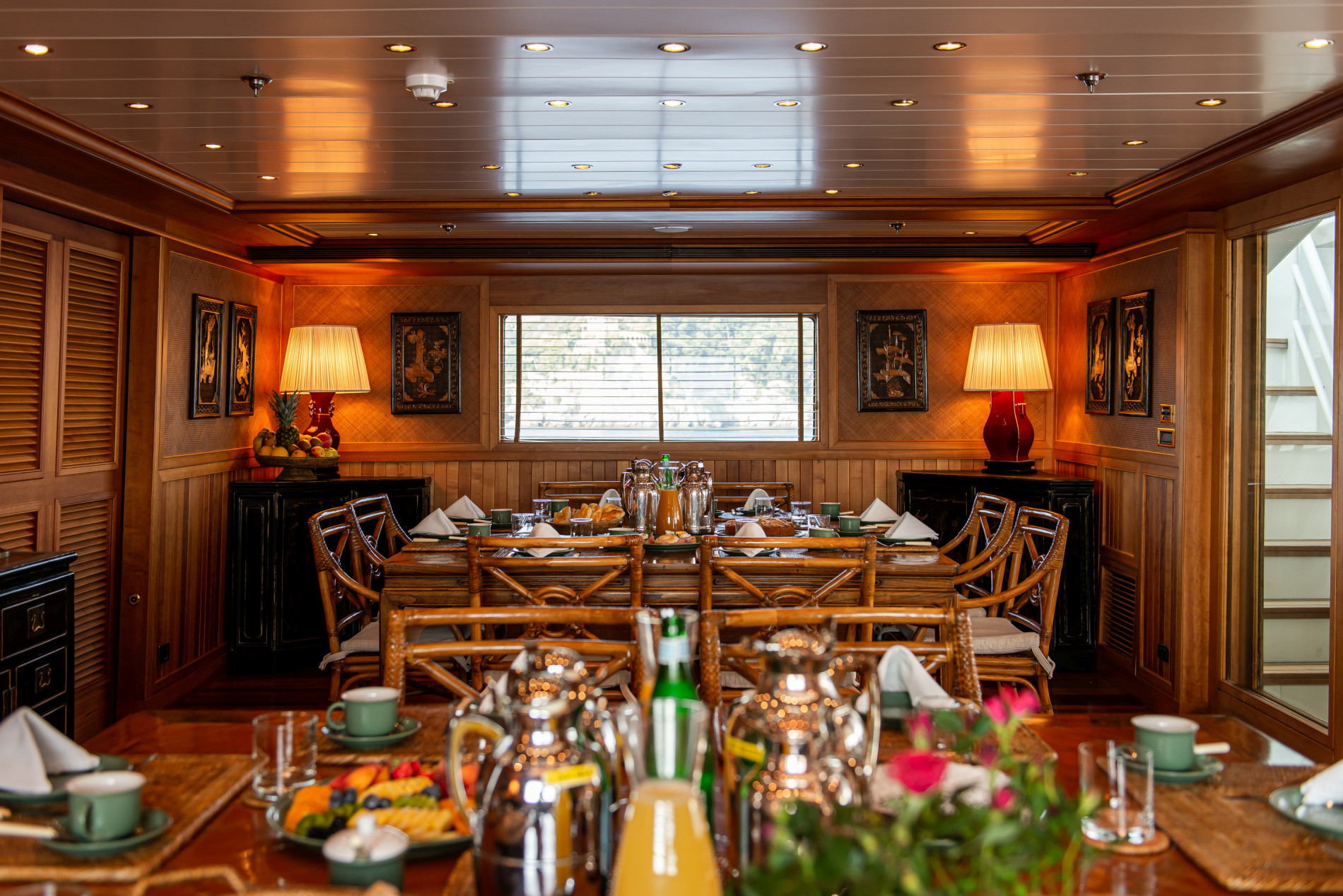 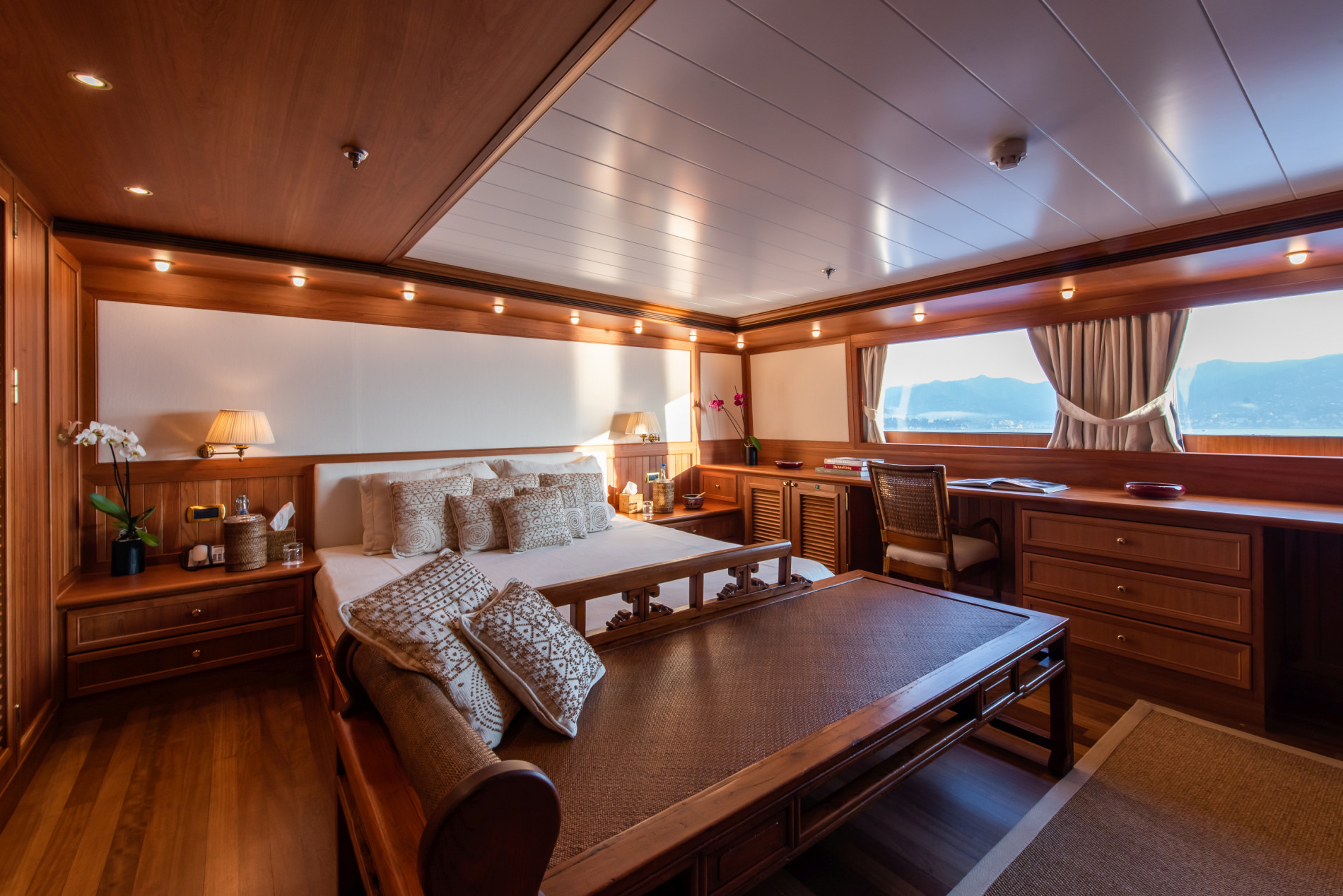 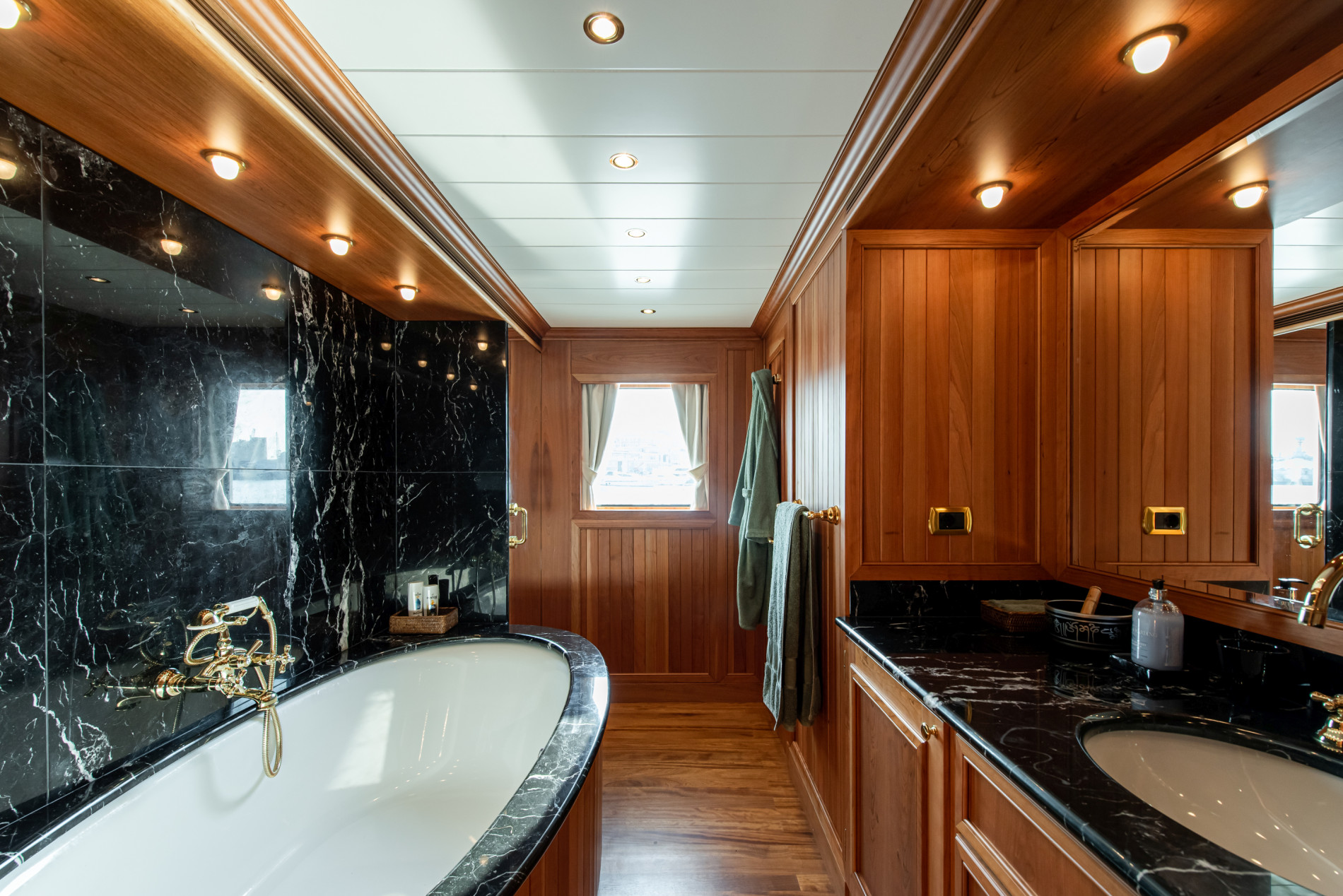