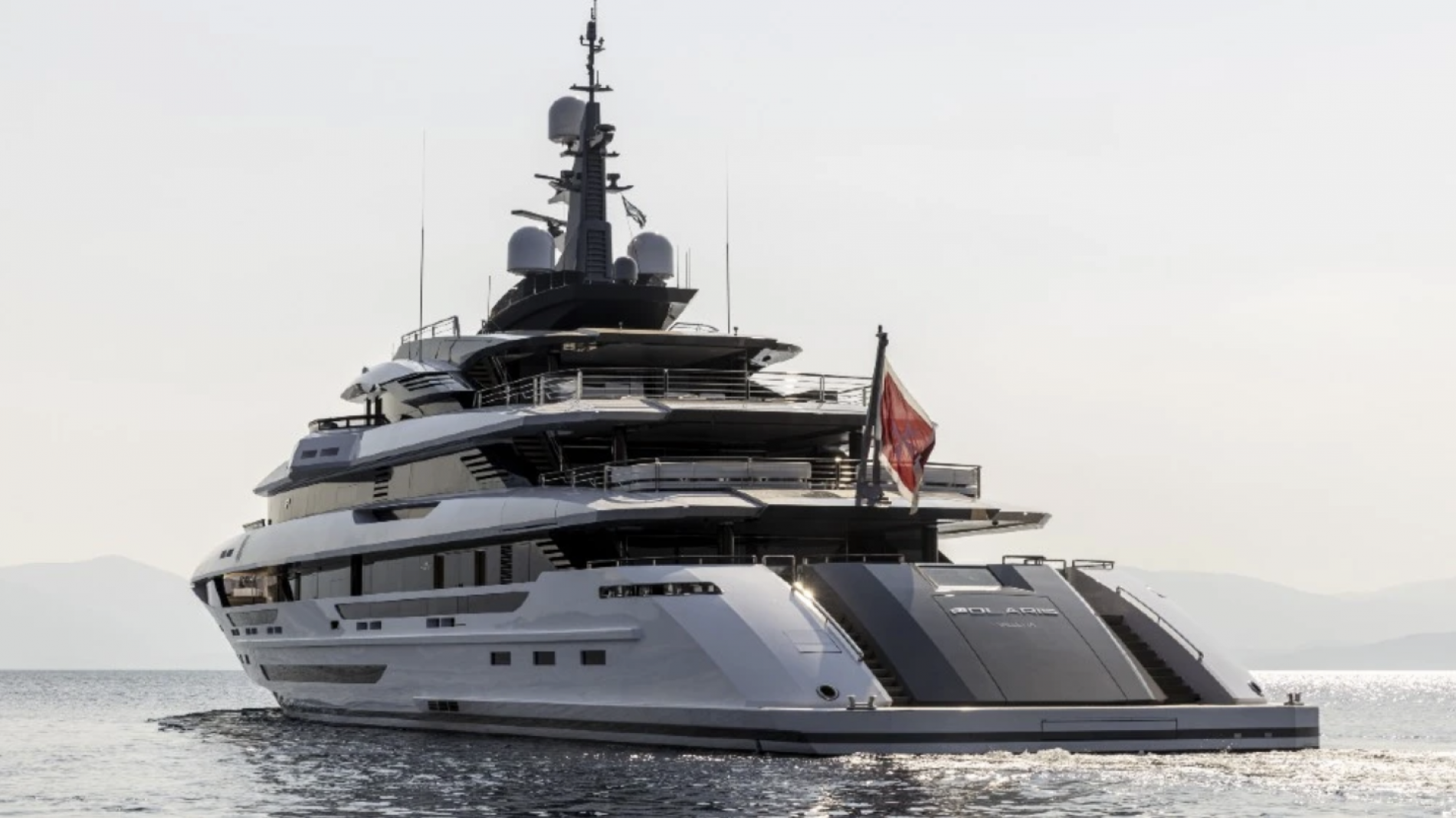 BOAT OF THE WEEK: MEET 'POLARIS,' THE 230-FOOT ICE-CLASS EXPLORER WITH AN INTERIOR LIKE CRYSTAL PALACE.

"Polaris," the largest build ever by Rossinavi, has an ice-class hull and hybrid propulsion, but the interior is defined by designer crystals.

Polaris, the brightest star in the constellations, is also known as the Pole Star. It’s an apt name for an ice-class superyacht designed to explore the Polar regions. Even more so when the owners’ desired landscape of frozen tundra is mirrored in the crazy amount of onboard glass and crystal. If Disney princess Elsa ever went to sea, she’d feel at home aboard Polaris.

The 230-foot yacht is the largest new build to emerge from Rossinavi, with an exterior and interior by Enrico Gobbi’s Italian Team for Design. Belowdecks, the yacht features diesel-electric propulsion and structural ice certification on the hull. But when guests set foot on the main aft deck, it’s the 20-foot infinity whirlpool that grabs their attention. Move inside and an indoor waterfall that flows over a back-lit onyx wall in the main salon cements the first impressions.

“The owners are passionate about the use of clear materials,” Valentina Giani, a spokesperson for Rossinavi, told Robb Report, during an in-depth tour in Monaco. She points out a collection of handmade Venetian glass sculptures. “Water is another common theme,” she added, referencing the second onboard waterfall located on the owner’s private terrace.

Large, custom crystal chandeliers made in the Czech Republic hang from ceilings in nearly every room. The cinema located in the middle of the main deck—positioned for optimum sound-proofing—is sectioned off from the rest of the open-plan layout with crystal-covered wall dividers. A glass-fronted wine cellar is a popular addition, neatly disguised behind a backlit onyx screen.

And the central staircase that soars through four decks features a – you guessed it – colossal crystal pendant, strengthened with steel.

“The crystal-armored cinema wall was inspired by a joint trip we took together to the Baccarat hotel in New York, which features crystal cladding on the exterior of the building,” said Enrico Gobbi. “And the crystal stairwell lighting feature has been designed to create movement in all the lobbies to avoid a banal vertical chandelier. The large rings produce light scenes that are unique to crystal.”

Commissioned by a client whose previous yacht also went under the same name, Polaris was completed earlier this year and delivered to her owner in the spring. One of the owner’s key requests was to move the formal dining table outside, and shelter it with a heated cover. That design nods to a growing trend for casual, three-season alfresco living among yacht owners. But it also formed part of a wider owner’s brief to move away from traditional yacht layouts.

“For the owner, privacy is important,” said Gobbi. “He loves high decks and the higher panoramic views it affords, rather than being close to the sea. The upper deck is elevated enough that no one can see inside the master cabin.”

The owner also requested a supersized spa, characterized by an opening into the sea. “It’s not positioned in the traditional position aft but forward, with a side view to ensure privacy,” says Gobbi.

The lower deck wellness center includes a gym, sauna, hammam, massage room and yoga area, a Zen space for guests to return to after a day spent in harsh climates.

Consideration has also been given to guests’ exploration away from the mothership. A supersized tender garage accommodates up to six jet skis and two tenders, including a 33-foot full-custom limousine with styling that echoes the yacht.

“Facilitating the yachting lifestyle was central to the owner’s brief,” said Gobbi. “He did not want a floating villa, but large panoramic views and placing the observation lounge on his private deck were important details.”

A slender exterior design was the final determining factor. “The superstructure is not huge because Polaris was built to cruise all the seas of the world,” says Gobbi. “And that’s what the owner intends to do.”