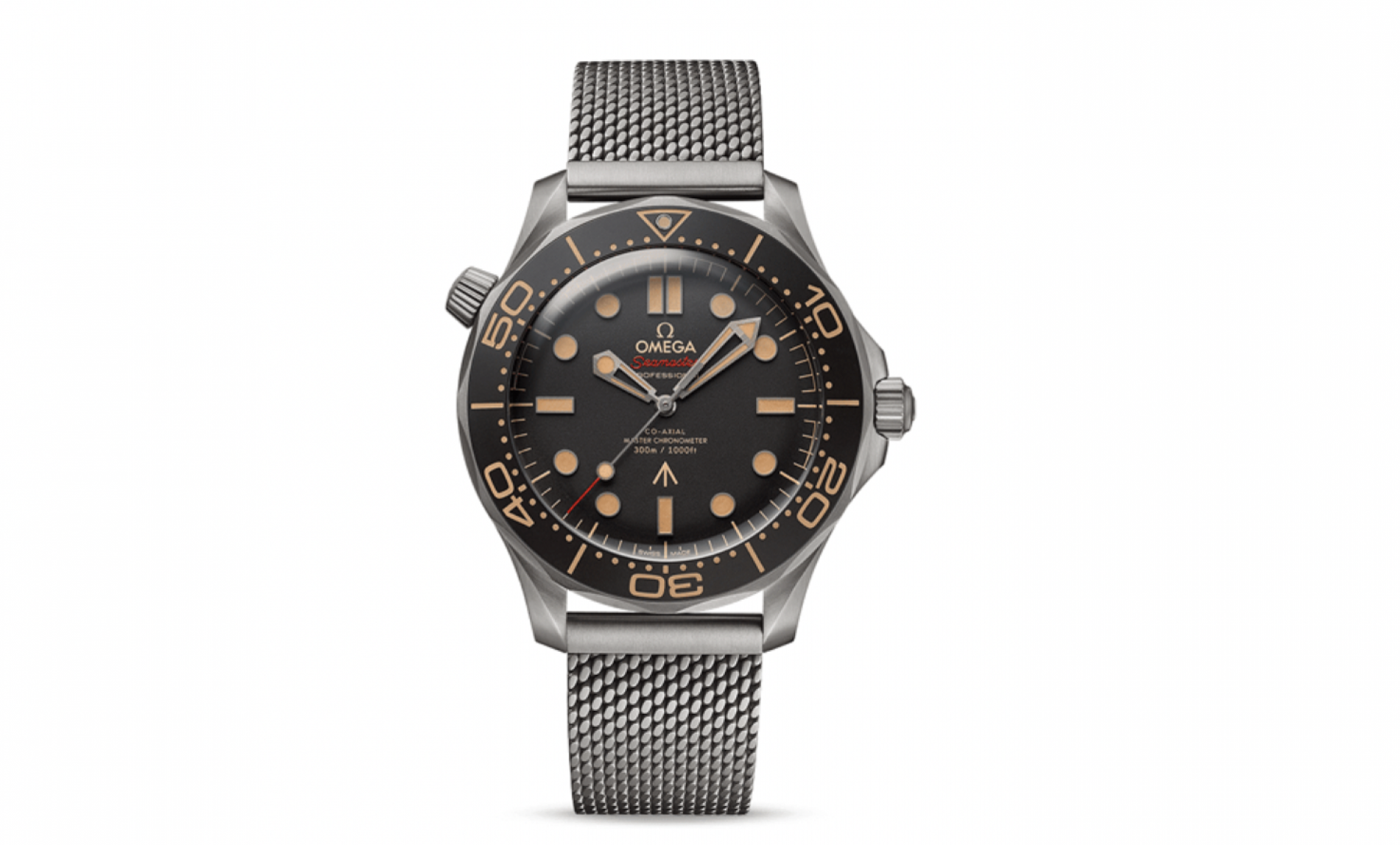 THIS OMEGA SEAMASTER IS 007'S NEWEST CRIME-FIGHTING GADGET IN "NO TIME TO DIE".

The watchmaker's new 007 timepiece combats villains in the new film which opened this weekend.

Bond is back. The latest 007 flick, No Time to Die, debuted at theaters over the weekend with an opening that raked in $56 million domestically and over $300 million internationally (and that’s without a tally from China where the movie opens on October 29). Omega was, naturally, on hand to get in on the action, even working its latest Bond watch, the Seamaster Diver 300M 007 Edition, into the dialogue. “I just showed somebody your watch,” Daniel Craig’s Bond tells secret agent Q, played by Ben Whishaw. “It really blew their mind.” We won’t give away the full scene but let’s just say his Omega acts as a secret weapon.

There are more than a few watch closeups both on Craig and other characters like Madeleine (Lea Seydoux) and Nomi (Lashannah Lynch). (The latter has a very plum new role in the franchise.) Given the fact that the film was delayed three times after its original release date of April 2020, it appears that the watchmaker may have had some extra time to dig its way a bit deeper into the plot than previous releases from the franchise. Themes like Far East villains and a lab-concocted virus were also—not so coincidentally—timely.

The Seamaster Diver 300M 007 Edition is, however, technically old news as it was debuted as far back as December 2019. Fortunately, it was not a limited-edition, so you can still get your hands on one without resorting to any Bond-level tactics.

Even if you are not a fan of its Hollywood ties, this is a seriously handsome watch. The 42 mm titanium timepiece comes with a titanium mesh bracelet ($9,200) or a Nato strap ($8,100), but we recommend opting for the bracelet and buying the Nato strap as an add on. It has an aluminum tropical brown dial and bezel with vintage-styled Super-Luminova markers and features the British Military of Defense Broad Arrow symbol at 6 o’clock, which is also engraved on the caseback.

Craig, who was just made an honorary commander of the Royal Navy, was said to have significant input in the design, mainly with requests for it to be lightweight and slimmer. “I’ve said things like, ‘It would be nice to do this and nice to do that," the actor said at an advanced screening of No Time to Die in Los Angeles last week. “But actually, what they came up with is really above and beyond what I thought. It has a vintage quality and it’s incredibly light, so it’s a very wearable watch but it’s rugged enough.”

Craig may have also had input on its integration into the plot, telling the audience that in earlier films he had tried to work his Omega more integrally into the scenes. “When I did Casino Royale, I wanted a watch I could knock somebody out with,” he said, adding that the Seamaster Planet Ocean (Ref. 2900.50.91) he wore in the film was certainly capable. “I wanted to put it on my fist and knock somebody out with it. We never actually got that in, but it would have done the trick.”

The clock has run out on Craig as Bond—No Time to Die is his last turn as the iconic agent—so he won’t be knocking anyone out with his Omega onscreen (and, hopefully, not offscreen either), but he says the latest Seamaster Diver 007 Edition, while light, is certainly capable of being used “to smack somebody in the face with it.”

Having played Bond for the last 15 years—the longest of any actor in the franchise since its debut in 1962—it seems Craig just might have morphed into the character, just a tad, in real life. Upon exiting the theater and seeing the crowd’s drinks, he quipped, “Ah, Martinis! I wish I could have one of those right now!” leaving the audience completely, well, shaken.