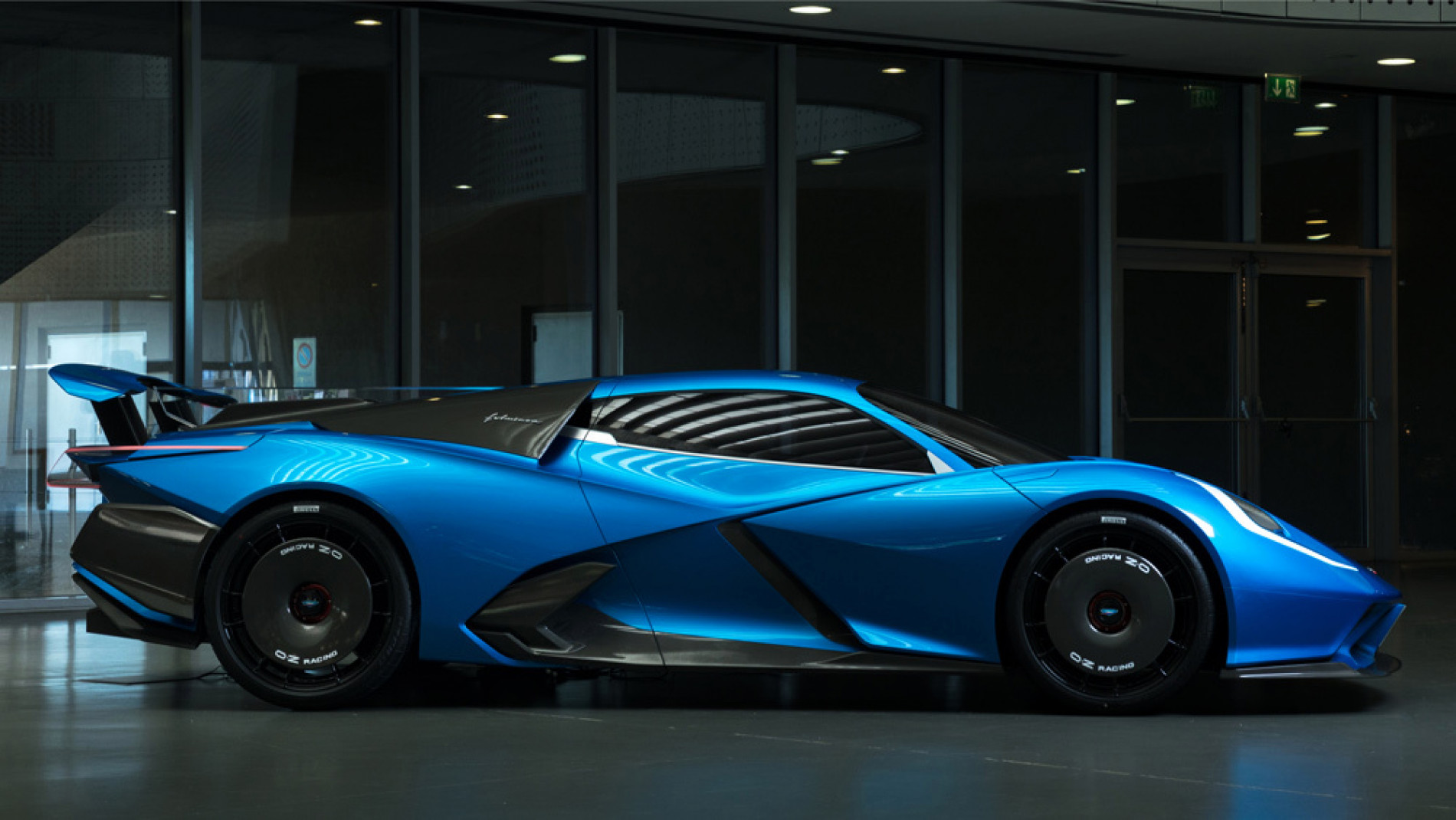 CAR OF THE WEEK: THE 2,040 HP ESTREMA FULMINEA HYPERCAR MAY BE A LIGHTNING STRIKE ON THE EV MARKET

Automobili Estrema is a marque soon to become synonymous with extreme technology and performance in the hypercar stratosphere. Founded in 2020—a challenging year by any measure—the company is Italian through and through, though its team members and partners represent a global Who’s Who of leaders within the energy and automotive industries. Founder and CEO Gianfranco Pizzuto, an entrepreneur with an international business background, was the first investor and cofounder of Fisker Automotive in 2007. It was a bold venture into uncharted territory at a time when EVs were experiments and the first Tesla Roadster was still a year away. Now, as head of Automobili Estrema, he and his team have spent a year in virtual collaboration and accomplished what is nothing less than remarkable.

Fast, powerful and fully electric, the Fulminea is from Italy’s “Motor Valley”—home to cars whose names end in “i”—and specifically Modena, where engineering and fabrication are carried out. Design development is done in nearby Turin, the epicenter of Italian automotive style. Energized about the Fulminea and the partners brought together to build the brand, Pizzuto says, “Everyone is betting on a particular technology,” but he adds, “We believe in beauty, and that is the common ground. This will be our leitmotif.”

Describing the Fulminea, Klatt says, “She is beautiful, but she is also extreme,” explaining that two strong conceptual directions were proposed and, ultimately, the most extreme of them was chosen. “The challenge was translating these very artistic drawings and enthusiastic concepts, dialing them into the automotive world.” Klatt continues: “It is important to build an authentic brand. As a German living in California, the point was working with artists in Italy who love and are enthusiastic about cars. They are working strongly in concept art, video games and not necessarily car studios, and the result was a proposal for an extreme expression of a concept car.”

The Fulminea incorporates many technological and material advancements common to competition cars, as is evident in the sculpted, active aerodynamic bodywork—fabricated in carbon fiber—that integrates a rear wing, a shark fin and the numerous intakes for airflow and heat management. Great attention has also been paid to proportions and volumes, inspired in part by the fastest and most aerodynamic animals, like the sailfish, the peregrine falcon and the cheetah.

Butterfly-style doors open wide to invite driver and passenger into a cockpit that is expansive and affords wide vision forward. The Fulminea is finished in Azzurro Savoia, the signature color of Automobili Estrema. Inspired by the blue of azurite crystals, it complements the dark texture of the car’s carbon-fiber details and the alloy and carbon-fiber rims—from Oz Racing—that fill the wheel wells and are fitted with tires developed for Estrema by Pirelli.

About the marque’s logo, which bears the colors of the Italian flag, Olivo explains: “The lightning bolt is present in our emblem, it’s the signature of the brand. Which is why lightning is such a key expression of the technology underpinning the Estrema Fulminea.” For that lightning theme, Klatt and his team have utilized methacrylate for the lenses in the headlights and taillights. Use of the highly transparent material, which has the appearance of crystal, produces an ethereal look that makes the light systems appear to almost float, disconnected to the physicality of the car body, especially at the posterior.

“The rear often becomes the last thought,” says Klatt. “Yet all the lines and volumes come to the back. The elegance and purity of the rear end make the lights almost invisible until they are needed. We preserve the element of wonder with the lightning ribbon that produces a stream of light around the car.” The result is not unlike a halo.

Under its new-age, composite skin and glowing aura, the Fulminea is the first automobile to use an innovative hybrid battery pack produced by ABEE (Avesta Battery Energy Engineering) that combines lithium-ion cells with solid-state electrolyte and ultracapacitors in a single high-performance super-battery.

These ultracapacitors—electrical energy storage devices that store a large amount of electrical charge—power the Fulminea’s four motors. Those four motors develop a staggering total output of 2,040 hp. Designed for rocket-like acceleration, the Fulminea will supposedly reach 200 mph in less than 10 seconds. With a battery capacity of 100 kWh, the projected range, according to the industry test cycles, is 325 miles.

Battery integration and power-train components were developed by IMECAR Elektronik. A BMS (Battery Management System) optimizes power delivery for efficiency and performance based on environmental and battery conditions, as well as driving style. All-wheel drive with torque vectoring will keep the 3,300-pound Fulminea firmly planted—its low center of gravity resulting, in part, from the low-slung 660-pound battery pack.

“We plan to make 60 cars over three years—two cars a month—with No. 61 being mine,” says Pizzuto. “The goal is to make a technological jewel, whose value will increase over time like a beautiful piece of art.” That jewel will be priced for the European market at the equivalent of $2.38 million when deliveries begin in the later part of 2023.