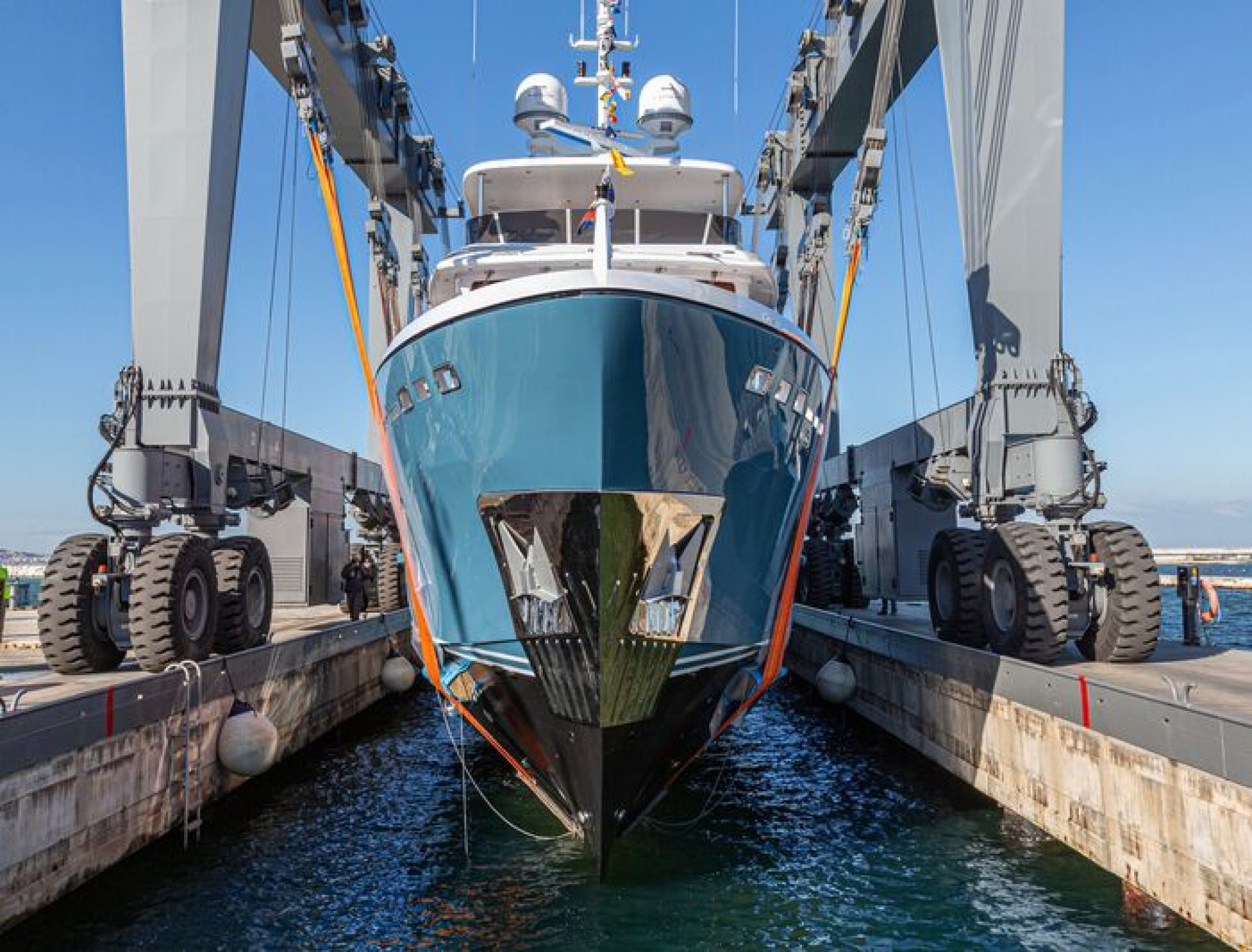 Cantiere delle Marche has successfully launched a new 32.3-metre Darwin 106 which has been built and designed for an American client, who had some very specific requests for the motor yacht.

Uptight, as she’s been christened, has been built for a fishing enthusiast who has their heart set on extreme excursions to Alaskan waters and other far-flung destinations. As Uptight has been designed for long expeditions, comfort was high on the agenda. Francesco Guida Design took charge of her interior styling and ensured that her owner and his family can relax and unwind during their trips.

“We knew that our explorers fitted perfectly with American owners’ requirements as for volumes, spaces, robustness, long range, technical reliability, functionality, no nonsense approach and, last but not least, customer care and after sale service. It has taken us a few years to penetrate the American market but we made it, eventually, as scheduled,” says Vasco Buonpensiere, co-founder and Sales & Marketing Director at CdM.

“Nowadays, CdM’s yachts sail the seven seas and their unsurpassed quality has now spread on both sides of the pond. As the market matures, customers get picky and most American owners definitely know what they want. This is why I was so proud when the contract of the Darwin 106 was signed two years ago,” Buonpensiere continued.

Francesco Guida had 255 GT of interior volume to play with and drew Uptight with a cavernous main saloon that is home to both a lounge and dining area. With a six stateroom configuration, Uptight can easily accommodate the owner, his family and a handful of friends. Five guest suites are located on the lower deck, comprising two doubles, two twins and a large VIP suite.

Meanwhile, the owner’s area is more secluded, located on the upper deck, and opens on to the stern terrace – a perfect spot to soak up the rising and setting of the sun. Uptight is based on the naval platform of the Darwin 102, but differs from the series as Francesco Guida – along with Hydro Tec, who penned her exterior styling and naval architecture – fully customised this CdM motor yacht at the owner’s request.

Uptight features a country kitchen that opens onto the main saloon and imbues an informal atmosphere. In lieu of a sun deck, as is particular with the Darwin 106 series, Uptight has an impressive owner’s suite that boasts impressive panoramic views from the private suite.

“The owner of the Darwin 106 has a great deal of experience in yachting and is assisted by a highly experienced team. This means a lot to us. It is proof that we are doing our job properly by combining construction and technical qualities with style and elegance,” Buonpensiere said. “Uptight has been designed to fulfill her owner's desire to have a reliable and comfortable explorer yacht to enjoy month's long fishing expeditions in remote and uncontaminated seas.”

The stand-out feature, though, of the Darwin 106 is her fishing cockpit that has converted the model into a sport fisherman yacht. The stern platform has been transformed into a cockpit that is fitted with a battle station. Uptight has been designed so that the whole family can enjoy the sport together. Screwless rod holders are located around the large teak caprail around the cockpit.

Uptight also comes with all the fishing paraphernalia needed for big fishing excursions, such as tackle boxes, and storage for live fishing bait. There is also a double Eskimo ice maker with both salt and freshwater in the main cockpit alongside a few freezers located beneath the sofa.

She sports twin CAT engines that give a cruising speed of 11.5 knots and a top speed of 13 knots. When the family wants more adrenaline-fueled and faster trips, they can make use of the large onboard tender.