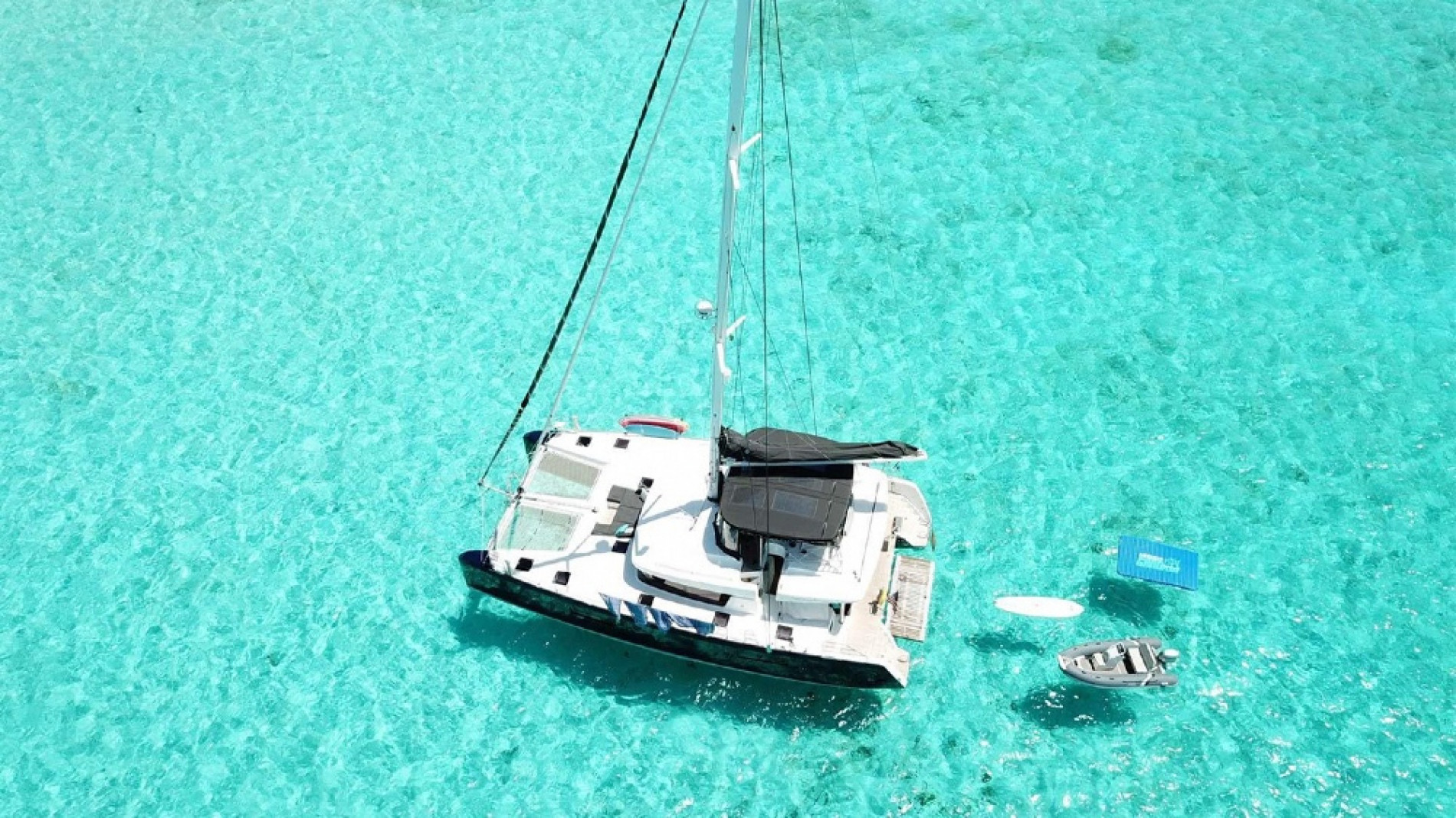 While cryptocurrency remains a tiny niche of yacht sales, one broker has purchased Bitcoin miners to make it more mainstream.

Bitcoin was used to purchase a 52-foot Lagoon catamaran in Fort Lauderdale, Florida. The buyers, introduced by Denison Yachting broker Michelle Ropiza, purchased the sailing yacht using a combination of US dollars and cryptocurrency.

Despite its somewhat murky reputation, cryptocurrency may become more common in future yacht deals. Bitcoin is perhaps the most well-known form of the digital, unregulated currency that’s traded anonymously, without banks or middlemen. Payments are made through a digital wallet on a computer or smartphone.

Bob Denison, president of the Fort Lauderdale-based firm, said the “vast majority of sellers” have no interest in accepting cryptocurrency, so Denison Yachting has moved to assist the buyers with crypto-deals. He said the 52 Lagoon was purchased “half in Bitcoin and half in US dollars,” and that the seller didn’t know that the transaction involved cryptocurrency.

“The day of the closing was faster than a wire transfer—they converted the Bitcoin immediately into dollars,” says Denison. The cryptocurrency has a reputation for being “somewhat shady,” Denison adds, but the transaction followed all legal protocols, including the buyer providing a passport to verify his identity.

The firm has nine Bitcoin “miners” in its offices, more as a way to  “understand” the cryptocurrency, says Denison, than make sizable profits. The company also has a merchant account which provides the ability to buy cryptocurrencies with debit or credit cards.

“I think we’re the only firm that makes an effort to accept crypto,” says Denison. “Our closing department has been trained in that. We also opened an office in Hong Kong to make it easy for the client to put down deposits in Euros. It’s all about meeting the client where they’re at.”

Since 2016, Denison Yachting has sold three yachts and funded three yacht charters using cryptocurrency. Bob Denison expects buying boats in cryptocurrency to remain a “niche” part of his business going forward, but he believes, among cryptos, Bitcoin will be around. “It is volatile, but it seems to have staying power,” he says.