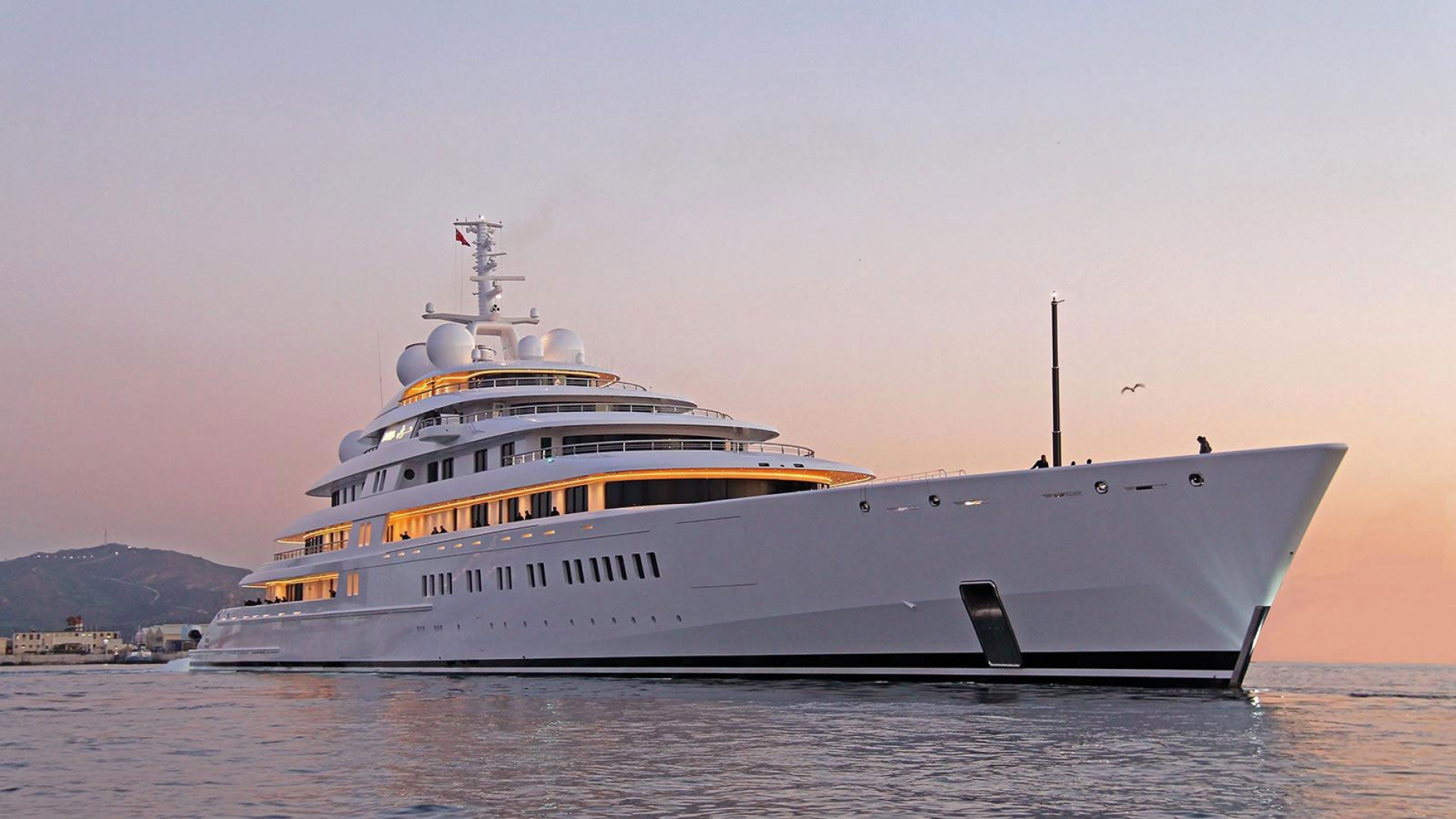 Mario Pedol, founder of Nauta Design, gives Elaine Bunting the inside view on what it was like working on one of the world’s biggest private boats.

For six years from her launch in April 2013, the superyacht Azzam stood as the world’s largest private yacht. At 180m overall, Azzam was eclipsed only in 2019 when the research and expedition vessel REV Ocean was unveiled – and then by only three metres.

To Azzam’s owner – and exterior designer Nauta Design – size was never the ultimate goal. Instead, the objective was to create a sleek vessel with elegant, timeless lines.

Originally, the superyacht was designed to be 145 metres, but in the process of optimisation it grew, and to this day, Mario Pedol, founder of Nauta Design, takes it as a great compliment when admirers say the yacht looks smaller than her size.

Nauta, famed as the studio behind some of the most graceful sailing yachts afloat, was asked to create an exterior design for Azzam. “There was already a GA [general arrangement plan of the interior layout] but they were missing the exterior design, and that was quite something,” says Pedol.

Previously, Nauta’s largest project had been 80 metre Project Light, a modern yet graceful motor yacht that drew on sailing yacht aesthetics and blended the boundaries between outdoor and indoor living. Azzam was to be different in style and intent, but Nauta was brought in to shape how the vessel would look.

“It was a challenging brief,” says Pedol. “The ship – and actually it is a ship – was due to reach 30+ knots. So one of the fundamental characteristics was the speed, quite unusual for this size, and I wanted to give a sense of that speed even in the design. Fortunately enough, the requirement of interior volume was not excessive for the length, so it did allow us to design a balanced and elegant yacht with good proportions. I’ve had many comments that, from some distance, you can’t tell she is a 180 metre yacht.”

The yacht accommodates a large, open plan main saloon, accommodation for 36 guests and up to 80 crew, complex ‘dual mode’ engine systems and the fuel required, despite having a comparatively shallow draught of just 4.3 metres.

The challenging design and engineering accounted for around a third of the four-year construction schedule, while arriving at the long, lean shape was in itself a challenge, needing detailed Finite Element Analysis to give the required longitudinal strength.

The interior style remains a closely guarded secret, but heritage was of prime importance. French designer Christophe Leoni, who had previously worked on some of the owner’s residences and palaces, brought similar styles on board, including a wealth of wood furniture intricately veneered with mother of pearl marquetry.

One of Pedol’s most vivid memories is of Azzam’s first sea trial, when the builders, designers and engineers could finally appreciate the results of their work and calculations. “We boarded at midnight because the Lürssen yard is 60 miles upriver from the sea, and we spent the night at three knots,” he says. “At 07:00 in the morning the project manager called me and said: ‘Come and see.’ It turned out we were already travelling at 32 knots, but it didn’t feel like it. The four waterjets created a very high wake, and [to see the yacht in action], it was a very emotional moment. It was just spectacular…”

10 amazing facts about the superyacht Azzam

1. Azzam was never conceived as the world’s largest superyacht

The design was to be high speed and accommodate a certain interior plan and number of guests, but it was originally envisaged as 145 metres overall. As the need to optimise the structure, and create space for complex engine systems, fuel and tenders developed, together with an elegant exterior sporting a long, sweeping bow and swept back stern, the design grew by another 35 metres to become a recordbreaker.

Rightly thought of as a gigayacht, Azzam took four years to build at German shipyard Lürssen and is said to have cost more than US$500m. Some 4,000 people were involved in the build over four years, clocking up six million man-hours before her launch in April 2013. The builders calculated that had the yacht been built by one person, work would have had to start in 1737BC.

3. Azzam is one of the world’s fastest superyachts

The brief for Azzam was for a vessel that could travel as fast as possible to the owner’s private island off the coast of Abu Dhabi, and she can cover the journey in a matter of hours at her top speed of 33 knots.

4. Azzam is as fast as a Navy frigate and uses similar technology

5. There is a long range mode as well as a ‘sprint mode’

6. You can practice golf on board

Guests can stay fit by using the onboard gym, pool or practising their swing in a special ‘golf training room’.

Azzam accommodates up to 36 guests in supreme comfort, and to look after them there is a crew of between 70 and 80 people.

8. There is a huge open plan main saloon

The large open plan main saloon measures 29 metres long by 18 metres, with no pillars to obstruct the views inside, and it is flanked by full height windows for an expansive view outside. “It was quite a challenge to make this space with no pillars,” observes Mario Pedol, adding that the beams on the ceiling had to be 1 metre in width. Making sure the huge windows were fully stormproof meant the glass had to be specially engineered in Italy and it is over 7cm thick.

9. The interior boasts a wealth of mother of pearl

The furniture on board features intricate marquetry in mother of pearl – such a wealth that it equates to a year’s worth of worldwide production.

A huge amount of work was put into ensuring that the noise and vibration levels of Azzam were very low, even at full speed. Designers and engineers had to ensure the chandelier in the main salon didn’t tinkle under way. “It was difficult to know in advance how this would behave, but it was tested in every possible way with sophisticated software and set up challenging targets and it was not a problem,” says Mario Pedol.