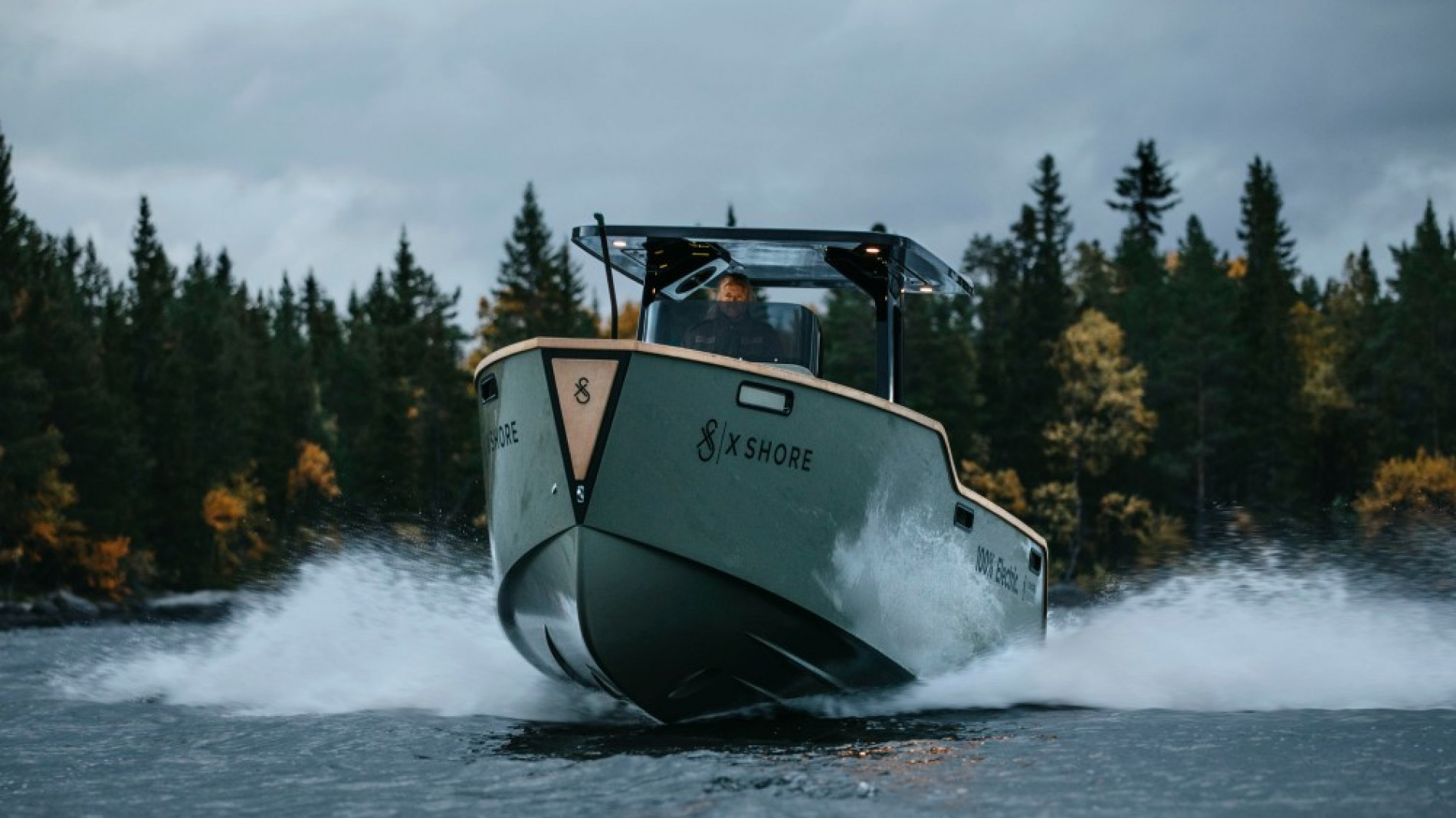 ELECTRIC BOATS ARE COMING, BUT HOW FAST WILL THEY GET HERE?

Electrification is a given for the car industry, at least according to the Volkswagen Group, makers of the Volkswagen, Audi, Porsche, Ducati, Skoda, Lamborghini, Bentley and other brands. The German carmaker forecasts 70 percent of the cars sold in Europe will be powered purely by batteries by 2030, with electric cars in China and the US accounting for about half of all vehicles sold.

“Combustion engines will die,” says Michael Jost, former head of group strategy of the Volkswagen Group. Jost, who oversaw the carmaker’s critical electric initiative, recently turned his attention to the waterfront. “After smart cars will come smart boats,” he predicts.

Jost sees widespread potential not only for electric boats but says artificial intelligence and automation will become part of the boating experience. Having joined the advisory board of Silent Yachts, an Austrian company that builds electric multihulls, he plans to fast-track his knowledge of automotive electrification to the water. While pure-electric boats comprise less than 100 units per year—a splinter of a tiny hybrid subgroup—VW’s lead strategist is confident they’ll become part of yachting’s mainstream in the not-too-distant future.

To most US boaters, electric boats remain a nonstarter, mostly because of the limited power of the battery. Beyond having to go slow to conserve juice—which seems downright un-American to many boaters—most are afraid of getting stuck offshore with no assistance for miles. A few US builders now have electric designs, but they tend to be small tenders for putzing around the marina at 5 mph or, in the case of Nautique’s GS22E, a wake-surf boat with about two hours’ power. It’s designed for a pre-office workout, and then back to the dock to be recharged for another wake-surfing run after work.

A handful of builders like Silent and Serenity are manufacturing larger, multihull cruising designs that are recharged by solar panels. Other European brands like DutchCraft, Rand, XShore, Marian and VitaX make electric day boats.

Jost sees a fast evolution coming in electrification, with artificial intelligence becoming integral to a boat’s operation. “A smart boat means you’re in the cloud, so you can upgrade your software and raise the boat’s performance every year,” he says.

Development time for a boat—48 weeks compared to 48 months for a car—will also allow companies like Silent to bring new models to market fast. Of course, there are obvious differences in the scales of the two industries. The Volkswagen Group makes 44,000 cars per day, while Silent builds a dozen-odd yachts each year. “But the algorithms between the two products are similar,” Jost says, noting that Silent will use common technologies in its product development. “We’ll also look for software and partners in the automotive industries who can help drive new technologies forward.”

Sampriti Bhattacharyya and Reo Baird are two engineers who met at MIT and agreed that the time was right for an electric boat. “We looked at the disruption taking place on land and in the air and wondered why the marine segment was so far behind,” she told Robb Report. “It came down to ownership costs. We asked ourselves, what would happen if you reduced operational costs by 90 percent, while making the boat easier to maintain?”

Their answer is the Navier 27, an electric-powered vessel with retractable hydrofoils that boost speed and efficiency. The boat has a top end of 30 knots, and at a respectable 20 knots, a 70-mile range.

The foil concept has proven itself for nearly a decade on America’s Cup racing yachts and is now even on production sailboats. At least one powerboat, the Enata Foiler, has retractable foils. The stylish-looking Navier 27, expected to retail for around $300,000 when it debuts next year, is designed for a higher-end demographic than most day boats, but it will be price-competitive with the top brands.

The electric segment will attract a younger demographic who identify with Teslas and other electric vehicles because of zero-emissions output and low sounds. “Our generation enjoys being in nature, but there’s a conflict with boating because of its impact on the environment,” says Bhattacharyya. “This allows people to enjoy the water with no impact.”

Jost agrees there will be a generational shift that will make electric boats more popular, especially as battery technology improves. “I like to look ahead to see where we’ll be in 2030,” says Jost. “Silent started at the upper side with yachts but now maybe the smaller boats also make sense—tenders for people with villas on the sea, or for lakes that only allow electric boats.”

Navier just launched a “Pioneer” program for people attracted to the electric concept. “We wanted to engage the community more,” says Bhattacharyya. “Our first few build slots went to forward-thinking buyers who are tech savvy. They’re interested in how you increase efficiency while keeping the climate clean. Our goal with this program is to accelerate the electricity revolution.”

That revolution is still years away—and if you ask some marine engine makers, it may never come. But in the last two years new electric builders continue to emerge and other even more radical alternative-power solutions like hydrogen fuel cells have recently come online. Jost gives multiple examples of technology that disrupted industries and destroyed brands that did not adapt. He also says that just having an electric boat is not enough. Success will come down to the value of the brand and the kind of loyalty it develops among consumers as the segment emerges.

Bhattacharyya thinks the number of electric boat models will grow quickly over the next five years, including launches from traditional builders. “Some legacy builders are already getting into it,” she says, referring to companies like Correct Craft and Hinckley. “It’s just the beginning of a new movement as every form of mobility is transitioning.”