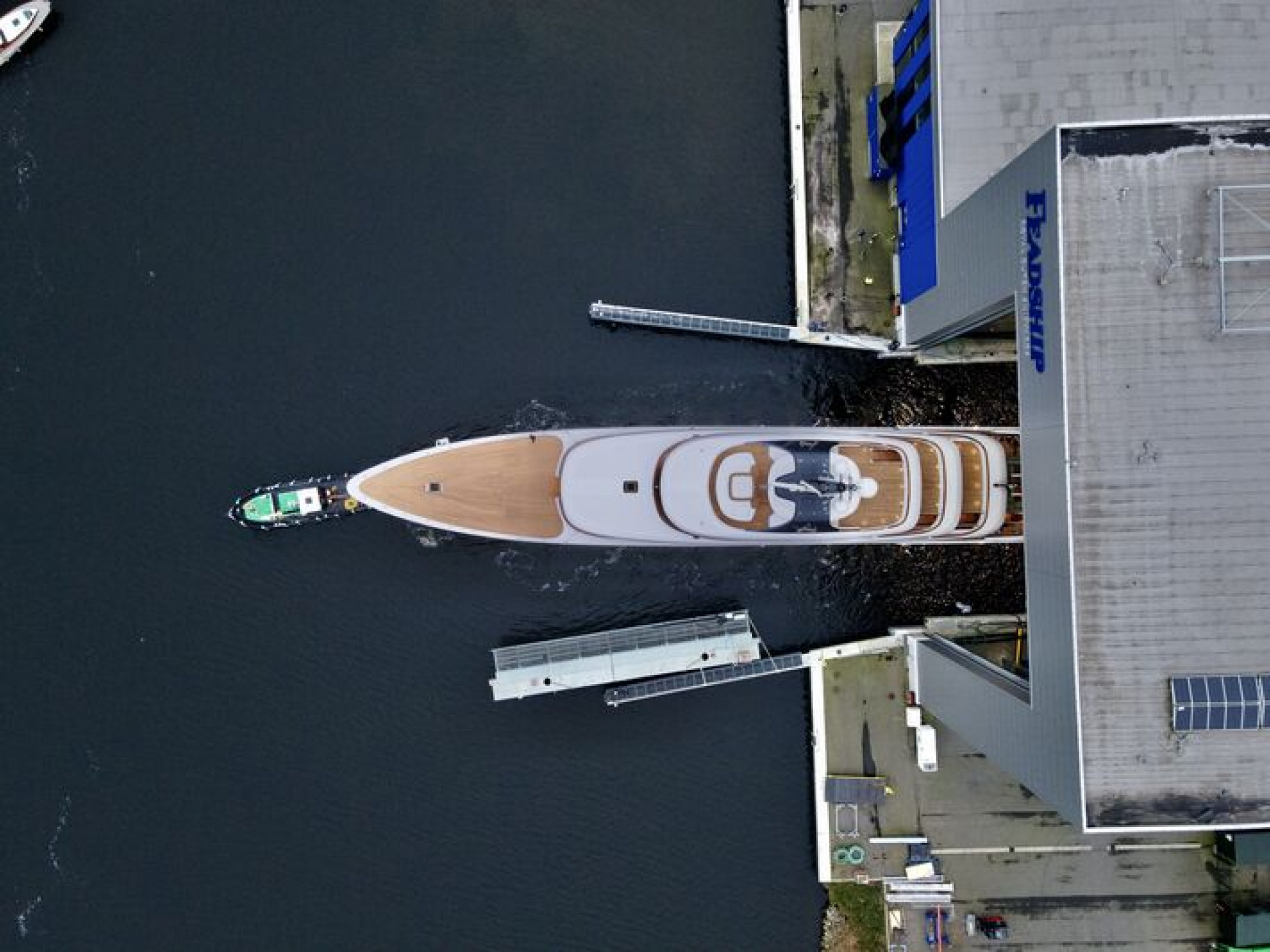 This morning Feadship launched their first yacht of 2022 from their facility in Amsterdam, the 71.10-metre Juice, formerly known under her build number 820.

The exterior lines of Juice are from the drawing board of British design studio RWD, while her naval architecture was penned by Feadship De Voogt Naval Architects. Both of whom worked closely with the owner to conceive a design that is elegant, masculine and in strict harmony across all deck spaces. Polished stainless steel was the choice material for all structural areas, including the pillars, stairs and base of the eight-metre pool, located on the main deck. RWD also made great use of glass.

Peter Marino headed her interior design and configured her with five staterooms: a complete owner's deck, between the bridge and main deck, and four further guest suites on the main deck. Juice's other standout features include a large beach club, a lower deck cinema and a gym on her sundeck. This displacement motor yacht has approximately 1,550 gross tonnes, space enough to comfortably accommodate up to 10 guests alongside 24 crew members.

Those familiar with the art scene may recognise the inspiration for her naming and logo. The owner opted for "Juice" to reference the expression "juice on top", which comes out of the auction houses, and which has a similar meaning to "icing on the cake". While her 3D logo pays tribute to the eponymous 1967 work by American artist Ed Ruscha.

Superyacht Juice has a steel hull with an aluminium superstructure and her top deck is built out of composite.