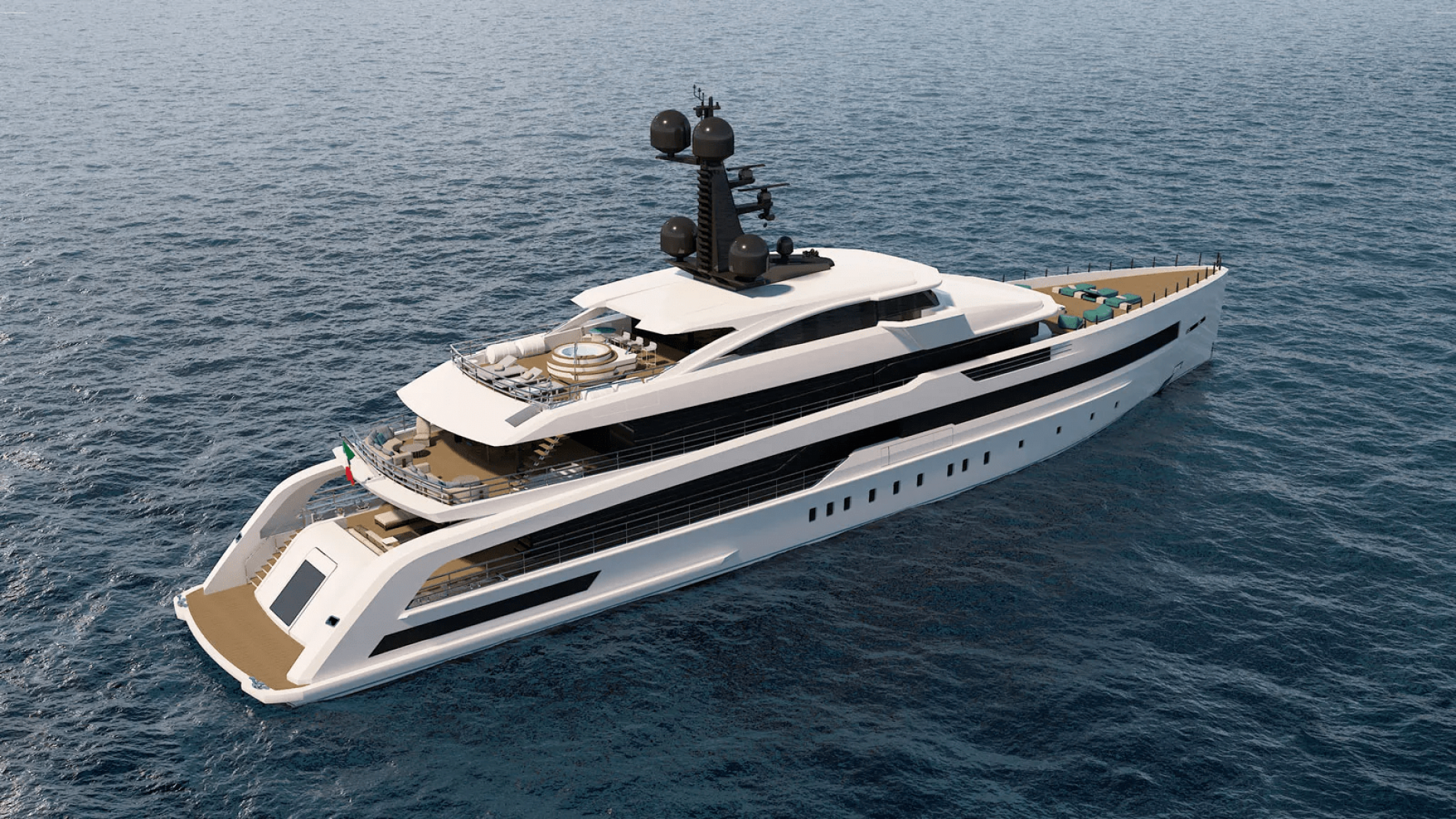 THE MOST EXCITING SUPER-YACHTS DUE FOR COMPLETION IN 2022

From the biggest and boldest yachts under construction to record-breaking builds, this list rounds up the industry's standout in-build superyachts due for completion in 2022.

The 127 metre Oceanco sailing yacht Y721 , reportedly commissioned by Amazon founder Jeff Bezos, is set to become the world's largest sailing when it's delivered in 2022, as well as becoming the Dutch yard's new flagship. Key features of this three-masted schooner include a bowsprit, a black hull and classic exterior lines.

The 117m superyacht Project Y719, now named Infinity, is set to be Oceanco's new flagship when delivered in 2022. The yacht, which hit the water in 2021, was designed by Espen Øino and features an interior penned by Sinot Exclusive Yacht Design. Other details include a steel hull, aluminium superstructure and five decks.

Glimpsed for the first time in 2020, Lürssen’s in-build 90 metre Project 1601 features exterior design penned by the legendary Espen Øino, which will be “dominated by planar surfaces, straight lines and angular corners,” according to the yard. Interior design meanwhile comes courtesy of Dölker + Voges.

Currently underway at Nobiskrug, the 77 metre Project Black Shark is designed by Winch Design and features a distinctive reverse bow. When complete, the superyacht will boast a matte black hull to mimic the skin of the black shark. The mast meanwhile has been specifically designed to resemble a shark’s fin. Interior design has been penned by Sinot Exclusive Yacht Design but the accommodation layout is not yet known.

The largest-ever fully custom Amels superyacht was designed by Espen Øino and is due for delivery in 2022. Key features include a 2,850GT interior penned by François Zuretti and plentiful outdoor relaxation areas including a spa pool and a large sunbathing area on the foredeck.

Feadship's 118m Project 1010 is currently one of the largest yachts under construction in the world and will become the yard's largest build to date when delivered, superseding its current flagship, the 110m Anna. Currently in the outfitting stage, the yacht is due to launch in 2022.

Currently in build at Abeking & Rasmussen, the 118 metre superyacht Project 6507 is the largest displacement yacht yet produced by the yard. Designed inside and out by French architect Joseph Dirand, Project 6507 features a huge swimming pool and a glass-fronted Neptune lounge. The yacht will also carry multiple tenders, toys and a personal submarine in the yacht's toybox.

Currently in the outfitting stage, the 109 metre yacht Y720 currently underway at Oceanco was designed inside and out by Sinot Yacht Architecture and Design and features extensive glass with the three deckhouses on the main, bridge and upper decks all surrounded by large glass windows. Lateral Naval Architects meanwhile is responsible for the naval architecture and propulsion system.

Currently under construction in Ancona, the 62 metre CRN superyacht 138 was first sold in January 2018 and is designed by Omega Architects. The interior meanwhile will feature a “sophisticated décor of warm, natural hues” penned by Pulina Exclusive Interiors. Spread across four decks, 138 will accommodate a total of 14 guests across seven cabins.