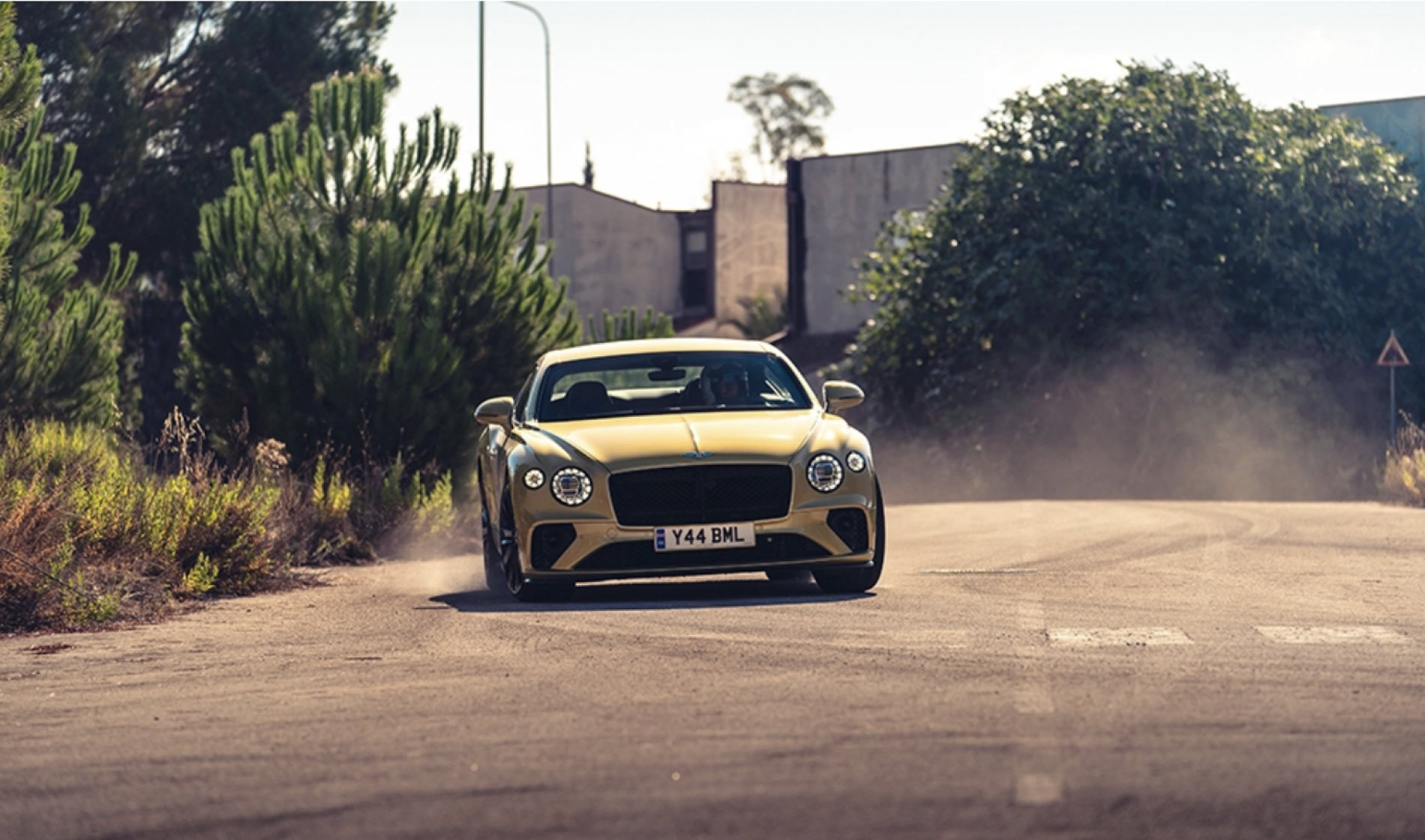 The 2022 model is less of a snorty supercar, and more an amplification of the well-honed grand-touring formula.

Though Bentley has long leaned into its Art Deco–era reputation forged by large-displacement, Le Mans—winning racers, the 102-year-old British automaker seems amped about its electric future, having committed to a gas-free lineup in a scant nine years. But its fuel lines aren’t empty quite yet. The newest Continental GT variant, with its dozen gas-combusting cylinders and scripted “Speed” badge, is a full-throated endorsement of the old ways. But the burning question is, with hybrid and battery-powered Bentleys just around the corner, does this grand tourer feel as momentous as it should?

Sicily’s craggy back roads help highlight the marque’s longstanding calling cards of towering torque and an imperturbable ride, but the eye-opener comes when hauling the two-and-a-half-ton coupe around an abandoned military base converted into a makeshift autocross course: Somehow, despite the boat anchor of a power plant stuffed under the hood and enough soundproofing to mute an AC/DC concert, you can chuck the posh two-plus-two into corners like a WRC rally car. Keep your hands quick and your foot heavy and the GT Speed flashes its rambunctious side, kicking its tail out and sliding through corners with surprising grace. Complementing the spicier handling—and mocking the politely indicated braking zones—are the Continental’s debut of carbon-ceramic stoppers.

Though the last-generation Continental GT Supersports produced more power, the new Speed has been christened the most dynamically capable model in Bentley’s history. The 6.0-liter W-12 filling the capacious engine bay has 650 hp and 664 ft lbs of torque on tap, but more importantly the chassis has been heavily massaged, starting with Bentley’s first electronic limited-slip rear differential. The hardware and software work in tandem to increase nimbleness and stability, with a little help from the new four-wheel steering, which has been tuned to minimize the turning radius by pitching the rear wheels up to four degrees in the opposite direction of the front set. Clever stuff.

Revised power distribution gives the car a more rearward bias to avoid the dreaded plowing effect of understeer, and the reprogrammed air suspension offers greater range between comfort and stiffness, depending on the selected drive mode and road conditions. But despite all the high-tech goodies employed in the quest for speed, this new GT variant doesn’t flaunt the fixed spoiler and carbon-fiber seats of earlier Supersports models. Instead, its clean, muscular lines and Alcantara-and-hide-lined interior—featuring a range of textures, from lustrous veneers to aluminum finishes—present a more subdued elegance that recalls the golden age of motoring.

The 2022 Continental GT Speed is less snorty supercar, more an amplification of the well-honed grand-touring formula. And while it may not prove to be Bentley’s finale for internal combustion, this unapologetic 12-cylinder, with its old-school, high-octane athleticism and stately sheet metal, seems designed to deliver a very future-looking message, indeed: You’re going to miss me when I’m gone.