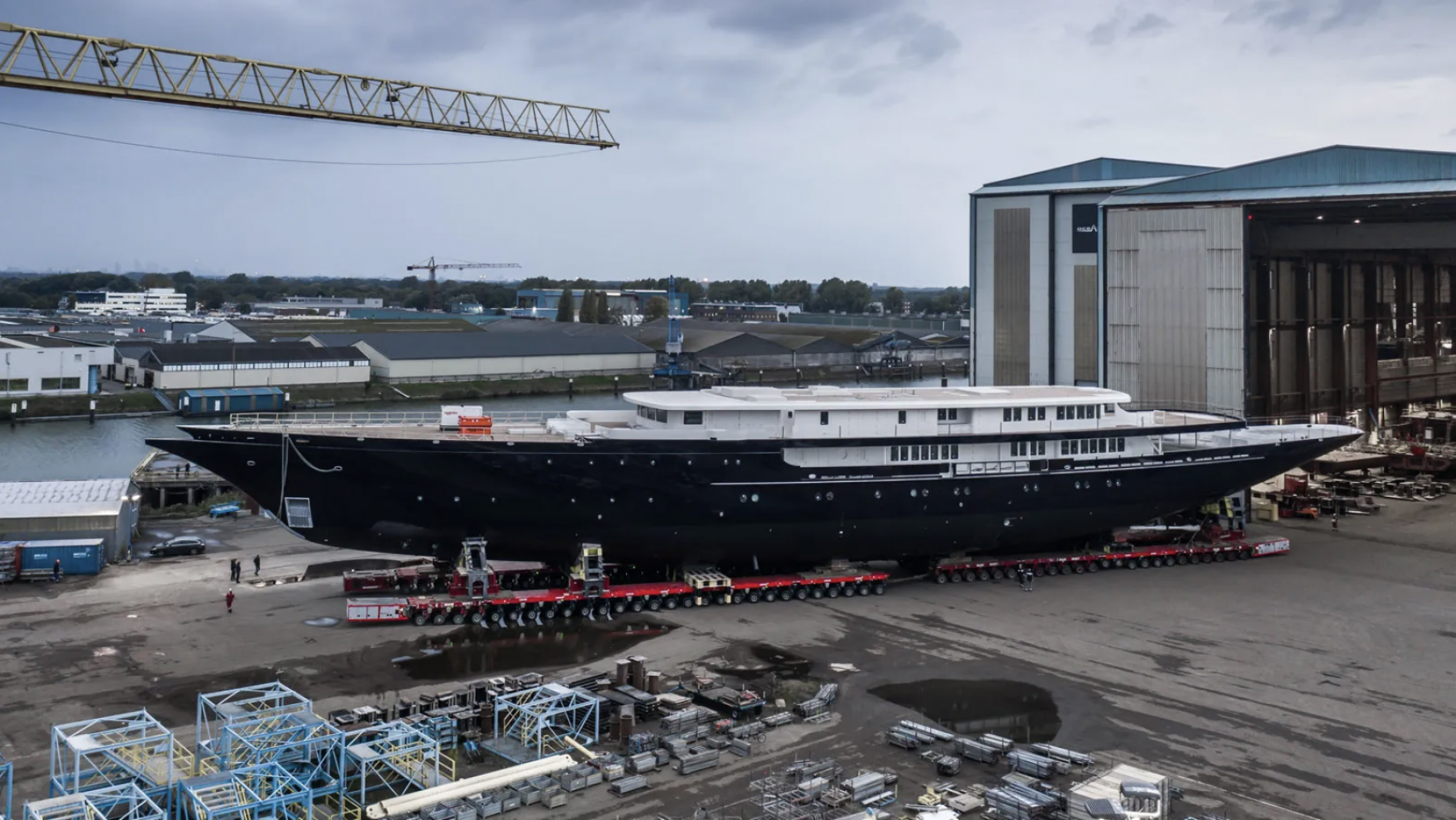 The 127 metre Oceanco sailing yacht, reportedly commissioned by Amazon founder Jeff Bezos, has been glimpsed for the first time after rolling out the sheds at the Zwijndrecht shipyard.

The record-breaking black-hulled project, known only as Y721, is set to become the world's largest sailing yacht when delivered in 2022, unseating the current titleholder Sea Cloud.

Y721 is also the longest yacht to have been built in the Netherlands and the largest ever superyacht built at Oceanco. The first images of the yacht show a black hull and classic exterior lines. It is also known that the project will be a three-masted schooner and will feature a bowsprit.

It comes after a new book published this year appeared to confirm long-standing rumours that Amazon founder Jeff Bezos is the owner of the secretive 127-metre sailing yacht.

In the book, Amazon Unbound, an excerpt from which was published by Bloomberg, the superyacht is described as “one of the finest sailing yachts in existence,” with "several decks" and "three enormous masts." The book reports that an accompanying support boat is also under construction.

Oceanco is no stranger to record-breaking superyachts. The shipyard delivered the 106.7-metre Black Pearl in 2018, which remains the largest DynaRig sailing yacht in the world, characterised by three 70 metre-tall carbon masts.

An Oceanco spokesperson said: "Oceanco values the privacy and confidentiality of all our clients and prospective clients and therefore does not comment on our involvement or non-involvement in specific projects."

According to BOAT Pro, the record-breaking yacht will make its official debut in 2022