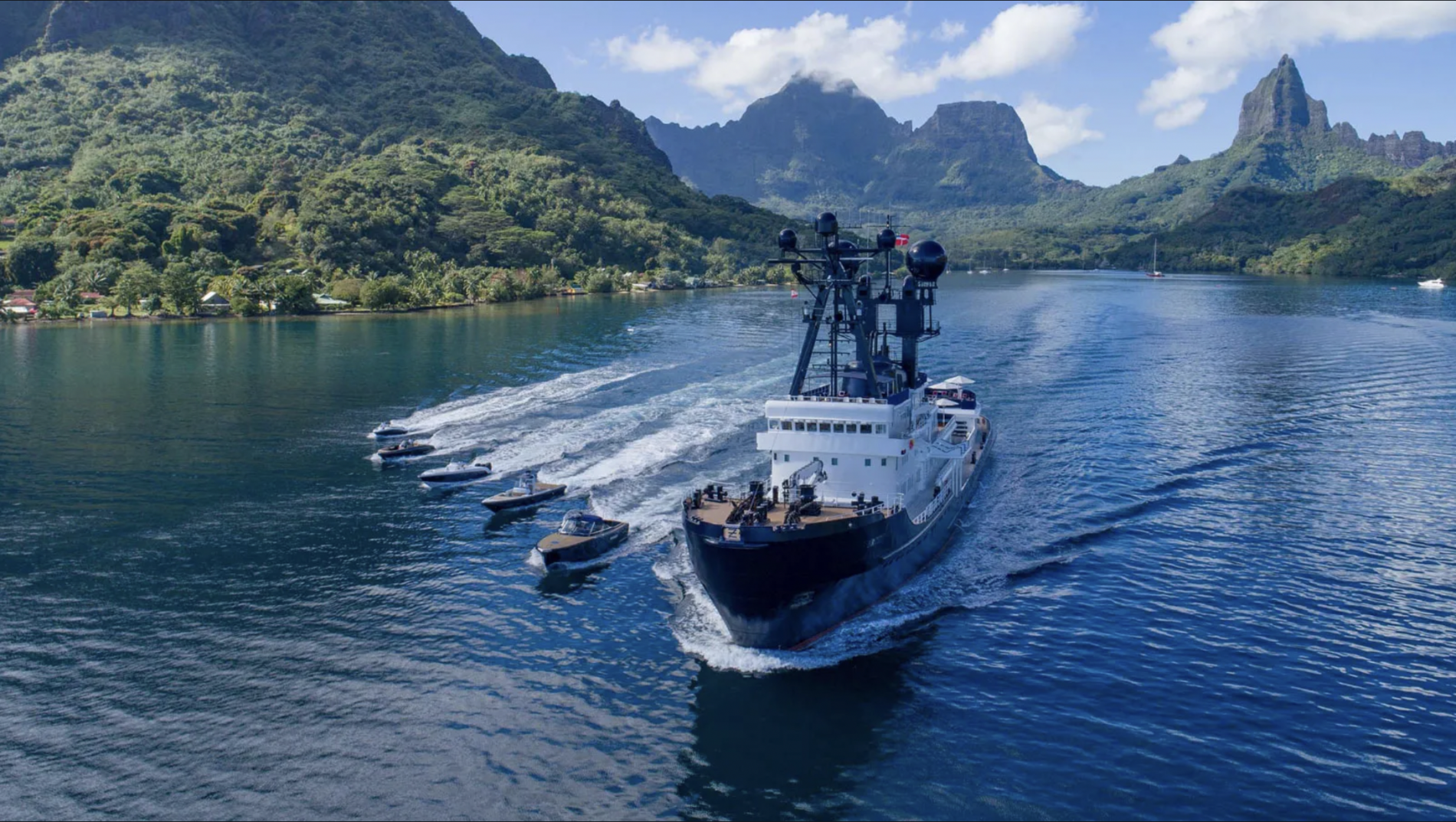 First converted from a former tugboat into a superyacht explorer in 1993, the interior of the 87.6m Arctic has always been kept tightly under wraps due to the yacht's ultra-private nature. Now, with the yacht joining the charter market for the first time,  a first glimpse into the luxury explorer's interior has revealed.

Arctic started life as a deep-sea salvage tug and was one of two vessels that together served as flagships of the Bugsier salvage fleet. She was acquired by an Australian owner in 1993 who set to work on rebuilding the vessel into a luxury explorer, a significant task that took place in Malta under the direction of Kusch Yachts. She was renamed Arctic P.

Much of her tugboat exterior was retained with the addition 50mm steel plating on the bow to allow her to tackle regions such as the Arctic and Antarctic. And a range of 20,000 nautical miles with a fuel capacity of 1.4 million litres make the vessel well worthy of her explorer status.

Now cruising under the name Arctic, the vessel can accommodate 12 guests in total with a crew of 28. Guests are split between seven cabins comprised of a 90 square-metre forward-facing owner's suite, a VIP suite on the main deck, with three doubles and two twins.

The main deck aft, known as the 'beach house', offers a multi-functional sheltered area for an assortment of activities. A heated pool and jacuzzi sit side by side and were installed as part of an eight-month refit that took place in 2015. The pool floor height can be adjusted at the touch of a button allowing a depth of two metres for scuba diving practice. When not in use, both pools can be covered as they sit flush with the surrounding teak deck and the dining table can be lowered to create a single space for entertaining a large number of guests.

The area also offers direct access to the sea via her swim platform which doubles as a launchpad for her collection of toys and tenders. Arctic houses eight jet skis and six tenders (including a 14m Endeavour, 13m custom tender, 12m Donzi tender for fishing excursions, a 10m Riva and a Seadoo ski boat) as well as SeaBobs, paddleboards, kayaks and a fully equipped dive centre with a dive instructor on hand.

Other than the beach house, there are a number of spots for lounging and dining throughout Arctic. On the upper aft deck guests will find a height-adjustable dining table that seats 12 or a formal dining table inside provides a secondary option in case of inclement weather. The top deck, known as the 'Monkey Island', offers 360-degree views with forward-facing seats, low-slung tables for morning coffees and a casual dining area. Meanwhile, the sundeck, located above the beach house, offers sun loungers and sun pads galore shaded by parasols.

Inside, her interior is warm and traditional and was designed by C. Kidston and A. Sassoon. Highlights include a gym, a library located on the owners' deck and a multi-sensory cinema complete with a high-tech sound system and vibrating chairs.

In 2015, the owners of explorer superyacht Arctic took on an Antarctic adventure to set a new Guinness World Record for the furthest voyage south. They set the record at 677 nautical miles from the South Pole and she even scooped the Voyager’s Award at the World Superyacht Awards 2015 for the journey. Although, in 2022 Arctic will be swapping frozen fields for the warm waters of French Polynesia.