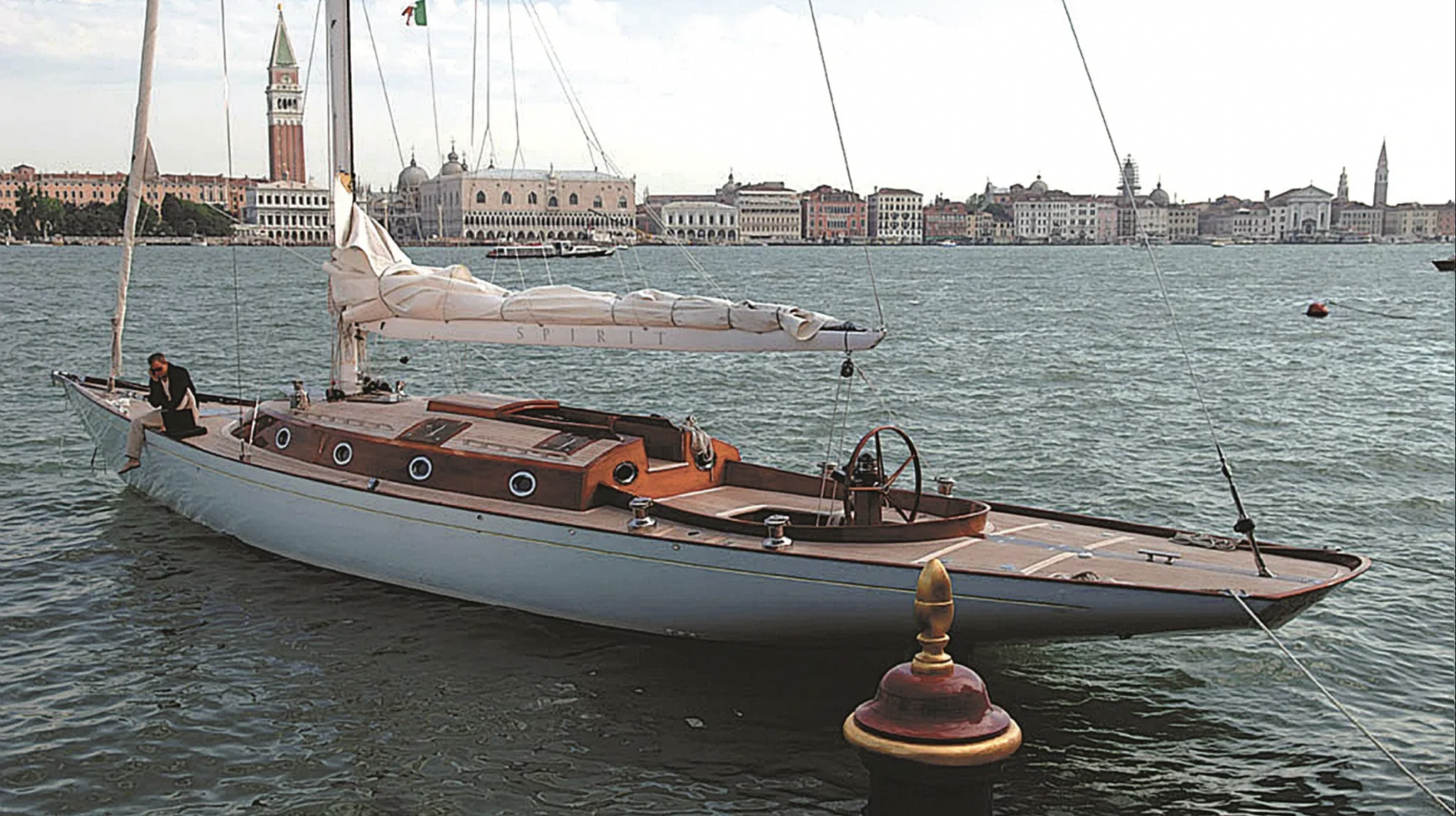 NO TIME TO DIE: HOW SPIRIT YACHTS BECAME THE OFFICIAL BOAT OF JAMES BOND.

With a Spirit 46 making an appearance in the latest James Bond film, No Time To Die, Spirit Yachts founder and CEO Sean McMillan gives an insight into the 007 filming process.

In the recently-released James Bond film No Time To Die, Daniel Craig’s 007, now retired from active service, is cruising the waters of Jamaica on board his own Spirit 46 sailing yacht. Bond is well known for appreciating the finer things in life and his choice of a Spirit 46 aligns the builder with the likes of Aston Martin cars and Omega watches.

“I think it suits the Bond character very well,” says Spirit Yachts chief executive Sean McMillan. He emphasises that, unlike the gadgets Bond is given on the job, the yacht he sails reflects the agent’s personal taste.

“While appreciating the very best of everything, and having had on many occasions access to the very best of everything, when it comes to making his own personal decisions [I think] he would choose to have something that was exquisitely good, that was probably very beautiful, but there was nevertheless an extremely practical expression of what he wanted to do in his life,” he says.

So how did the Ipswich-based shipyard become a staple of James Bond’s discerning taste? The journey began back in 2006 when production company Eon Productions was working on Daniel Craig’s first foray into the Bond role - Casino Royale. “We just got a telephone call one morning which was a little surprising,” recounts McMillan. Once he was reassured that no yachts would be harmed in the making of the film, McMillan was on board.

“As luck would have it, we happened to have one yacht that was brand new and fitted the bill, so off we went,” remembers McMillan.

The yacht McMillan refers to is the 16.4 metre Spirit 54’ Soufrière, which hosts Bond and Vesper Lynd as the couple cruise through Venice. Filming took a total of six months and involved shipping and cruising the yacht to various locations. The yacht even made history as the first sailing yacht to go up the Venetian Grand Canal in 300 years.

During filming McMillan was charged with directing Craig on board and ensuring Bond appeared a convincing experienced sailor.

At times, this involved McMillan lying on the floor – out of shot – barking instructions up to Craig as the cameras rolled. “By the time you've got cameras, cameramen and soundmen on a very small boat, there's not much room,” says McMillan. He adds however that “everybody just muddles on and gets along with it. There's no real difficulty about it at all because everyone wants the same end goal.”

Technicalities of the Casino Royale filming process also involved removing and replacing the yacht’s rig 10 times to ensure the yacht could fit under multiple canal bridges. “That was tricky, but the end result was two minutes in the film, and it did absolute wonders for us,” says McMillan.

The spotlight cast on Spirit Yachts thanks to Casino Royale affected the company “very favourably”, says McMillan. As a direct consequence of the 2006 film, the company sold three boats and benefited from “considerable” interest. One buyer even contacted Spirit immediately after watching the film. “He told me he stayed right through the credits to find out who made the boat and rang us up the next morning,” says McMillan. The story has a happy ending, directly resulting in the sale and delivery of a Spirit 60.

No Time To Die

It wasn’t long after work got underway on the much-anticipated No Time To Die that McMillan received a familiar phone call. It was Eon Productions approaching McMillan for Spirit’s involvement in Daniel Craig’s Bond finale. “The whole process started again,” McMillan says.

The production team wanted a boat small enough to be sailed independently by Bond but still looked “used and well-loved”. They landed on a 14m modern-classic Spirit 46, which was due to undergo a winter refit. “[Eon] said, ‘no, leave it like that, with that slightly end of season, slightly used look about it,” McMillan says. “They didn't want her to be pristine, although we did of course.”

The yacht was shipped over to Jamaica where McMillan once again joined Craig at the helm. “He hadn’t forgotten anything at all,” he says, describing Craig as a “capable chap.”

“I think once he’s learned something, he doesn’t have to relearn it at all,” added McMillan. The Spirit founder reminisces fondly on the experience, recounting that, with the sailing instruction in hand, he was even able to “enjoy the sunshine and drink a bit of rum.”

The Spirit 46 is now back with her owners, who recently cruised her around the Long Island Sound. Spirit Yachts, meanwhile, has been enjoying the attention from the film release, with McMillan suggesting that it will once again have a positive impact on enquiries and brand awareness.

As for the future, McMillan hopes the partnership will mean more appearances on screen “I think it would hopefully mean that every now and again, we will certainly be involved,” hints McMillan, adding that the partnership “is a very nice accolade to have.”