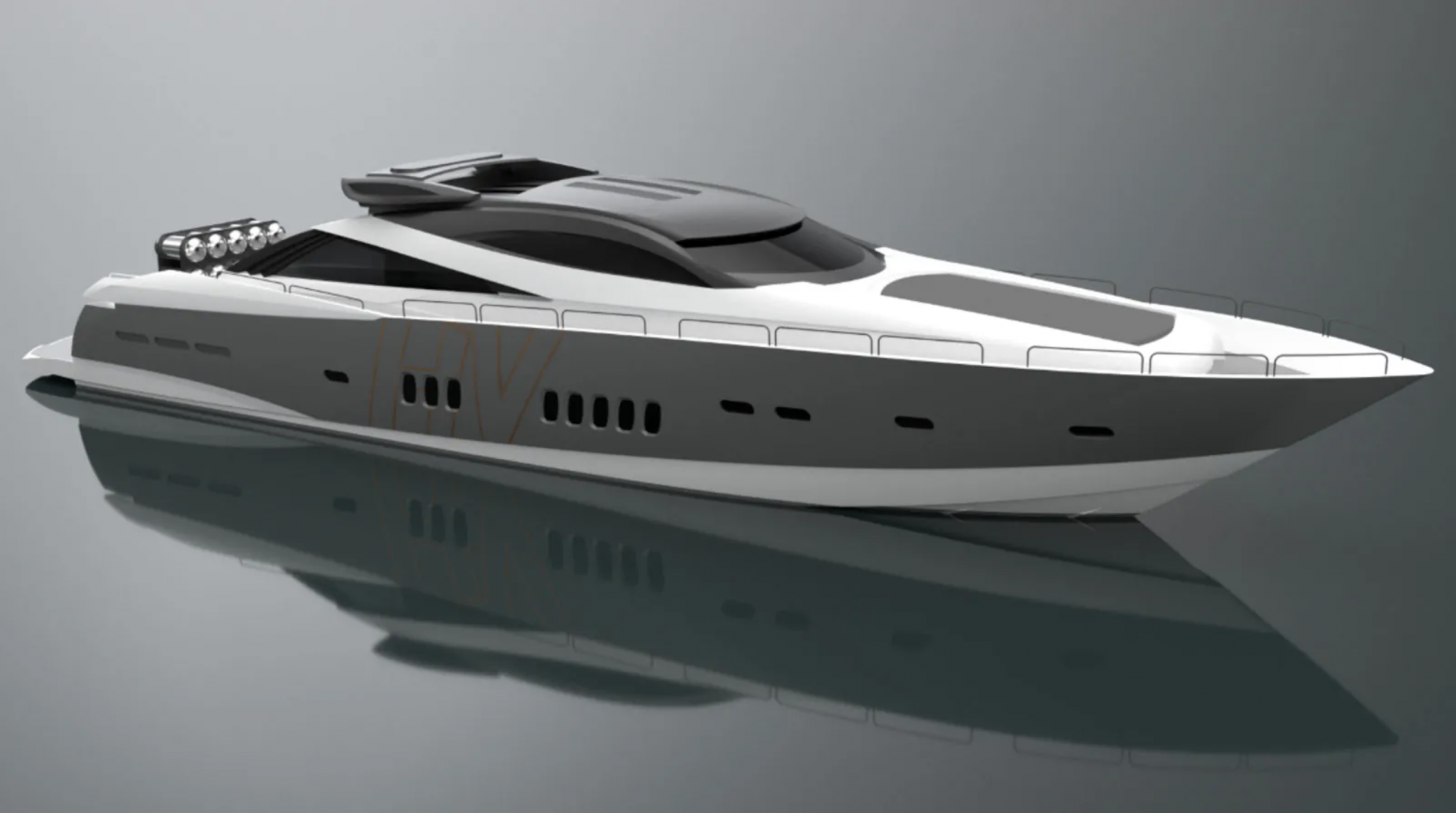 Grounded in Malta after crashing into a reef, Muammar Gaddafi’s old superyacht Che Guevara was left to rot in a Maltese yard. But now the 28m Sunseeker Predator 95 is to be given a new lease of life as a zero-emission, hydrogen-powered yacht named Hydrogen Viking.

An ambitious project spearheaded by Norwegian shipbuilder Green Yacht has assembled a team of major investors and technical partners.

Norwegian studio Coase Design is also on board and has been tasked with redesigning the Sunseeker into the world’s first zero-emission high-speed luxury yacht.

Speaking to BOAT International, designer Rory Coase described the state of the boat as a “mess” when it was first found at the yard in Malta. After sustaining “considerable damage” in the reef crash, the yacht was “being sold off by Gaddafi’s nearest and dearest for a bargain price” and was picked up by the Green Yacht initiative.

“There was tons of water down in the keel and bilges,” he said. “It wasn’t even a blank canvas.” However, work undertaken by the yard restored the “intact hull”, which was then transferred to Noryards BMV in Laksevåg, Bergen. “It’s solid, it’s true and the structure’s there,” Coase said. Work is already underway to strip and rebuild the yacht, with diesel engines removed and diesel tank cut away.

The ambition is to install hydrogen fuel cells and an electrically driven pod propulsion unit beneath the hull. Energy storage pioneer Corvus Energy will be developing and supplying the hydrogen fuel-cell technology using established technology from Toyota. Hydrogen tanks storing compressed hydrogen will be placed safely on board alongside refuelling systems. Fuel-cell modules and high-capacity batteries will provide electric power, propelling the vessel silently through the water. The only emission from this energy system will be water, which can be used for drinking.

Coase meanwhile has been tasked with the “big job” of entirely redesigning the exterior and interior which, he says, is “totally changing the functionality” of the yacht.

The vision is to outfit the interior into a conference space. “It could be used for school groups and education around Scandinavia, but it could also be rented out for corporate events with a dining space,” Coase explained.

However, Coase is keeping in mind that Hydrogen Viking is likely to be converted back into a hydrogen-fuelled private yacht and sold on the brokerage market in the future. With that in mind, Coase is keen to take advantage of the extra space created by repositioning the propulsion system.

“[With pod drives] you get the engine room back, which is this massive standing space,” he said. “We’re even toying with the idea of putting the master cabin in the engine room, with steps up to the bathing platform. Suddenly you open up a huge amount of extra space.”

The yacht will also retain some original features from its colourful past, including the helm chair that only Gaddafi was allowed to sit in. “Even when it wasn’t his yacht anymore, no-one else was allowed to sit in that chair,” Coase says. “There’s bits of history that are interesting to keep because it’s a very engaging story of the previous owner.”

The hope is that Hydrogen Viking can prove the viability of retrofitting hydrogen technology onto exiting yachts, instead of building hydrogen-specific concepts.

“There are a lot of new concepts coming out with hydrogen power but there are also tens of thousands of yachts all over the world which have got another 10-30 years of life in them,” Coase says. The ambition is to get Hydrogen Viking into the water this year at which point Coase hopes the project will become “a beacon of Scandinavian modern green technology”.