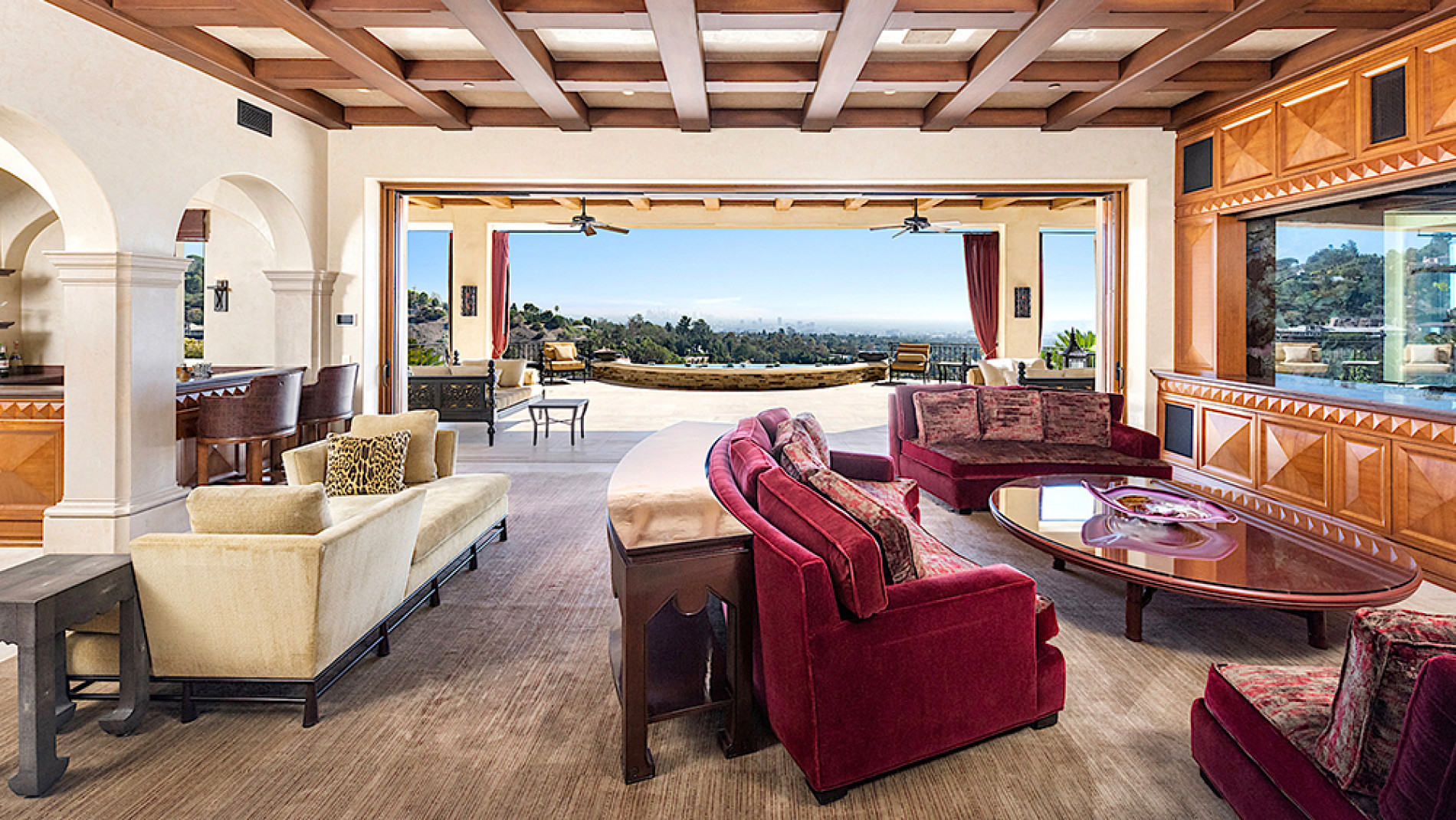 HOME OF THE WEEK: INSIDE THE SPECTACULAR $85 MILLION BEVERLY HILLS MANSION THAT "FULL HOUSE" BUILT

Can a spectacular, just-listed $85 million Beverly Hills mega-mansion owned by Full House TV show creator Jeff Franklin overcome its location’s macabre past and a find a buyer? We’re about to find out.

Cut to the chase: Franklin’s opulent 21,000-square-foot Cielo Estate, in the coveted Beverly Hills 90210 zip, sits on the site where actress Sharon Tate and four friends were murdered by followers of Charles Manson in 1969. Following the gruesome event, highlighted most recently in Quentin Tarantino’s Once Upon a Time in Hollywood, the toxic house was bought, sold and rented a number of times.

Then, in 1991, it was sold to real estate developer Alvin Weintrub for a reported $2.25 million and finally razed. To help confuse gawkers, the address was also changed from 10050 Cielo Drive to 10066 Cielo Drive. In a 1998 interview with Los Angeles Magazine, Weintrub said, “We went to great pains to get rid of everything. There’s no house, no dirt, no blade of grass remotely connected to Sharon Tate.”

Fast forward to 2000 and enter Hollywood writer-producer Jeff Franklin. The creator of long-running, hit family sitcoms such as Full House, Malcolm & Eddie and Hangin’ with Mr. Cooper, Franklin paid a reported $6.37 million for the 3.6-acre lot perched high-up in the tony Benedict Canyon neighborhood. Included in the sale was a partly completed mansion on the site.

After the sale, Franklin, 66, brought in Canadian-American architect Richard Landry—known as “King of the Megamansion”—to create a stunning, Spanish Andalusian-style estate with nine bedrooms, 18 bathrooms, a detached guest house and subterranean 16-car garage.

The estate itself sits at the end of a long cul-de-sac off Cielo Drive, a short drive from Benedict Canyon and Sunset Boulevard. Imposing double security gates open on to a huge, stone-paved motor court with parking for 35 cars.

The entry into the main house is nothing less than spectacular, with wooden front doors set in a Moorish-style rotunda topped by a turquoise-and-gold dome. Inside, visitors are greeted by a grand two-story foyer with a sweeping stone staircase.

The jaw-dropping living spaces were created by Sicilian interior designer Franco Vecchio, best-known for his decadent, masculine bachelor pads. A standout space is the main living room with its coffered and vaulted ceilings and wall of retractable glass offering “jet-liner” views of downtown Los Angeles in the distance.

The Balinese-inspired master retreat features a wood-paneled, pitched ceiling and two walls of glass opening on to a wrap-around terrace. The truly decadent master bathroom has a huge soaking tub with more elevated views of nearby Benedict Canyon.

Among the multitude of luxury amenities of the three-story home is a movie theater, spa, gym, hair salon, games and music rooms and multiple bars. The professional-grade kitchen features high-end appliances and a mile-long marble central island, and there’s also a brick pizza oven.

Of course, the $85 million asking price is a hefty step-up from the $6.3 million Mr. Franklin paid for the property, even accounting for the millions spent on creating this spectacular oasis, plus the super-heated 90210 property market.

If the home goes for anywhere close to the asking, it’ll be among the highest-priced sales in the area. Only Jeff Bezos’ $165 million splurge on the former Jack Warner mansion on nearby Angelo Drive in 2020 would top it. (We reached out to listing broker Josh Altman, of brokers Josh and Matt Altman of Douglas Elliman, for a comment on the pricing, but didn’t receive a response.)

In talking to The Wall Street Journal, Franklin called the connection to the Manson murders “irrelevant” and “ancient history,” adding that “it’s had absolutely no impact on (his) life whatsoever.” As for his reason for selling, Franklin is reportedly relocating to Miami, where records show he recently dropped more than $48 million buying two empty waterfront lots on the exclusive Venetian Islands boating community, between downtown Miami and Miami Beach.