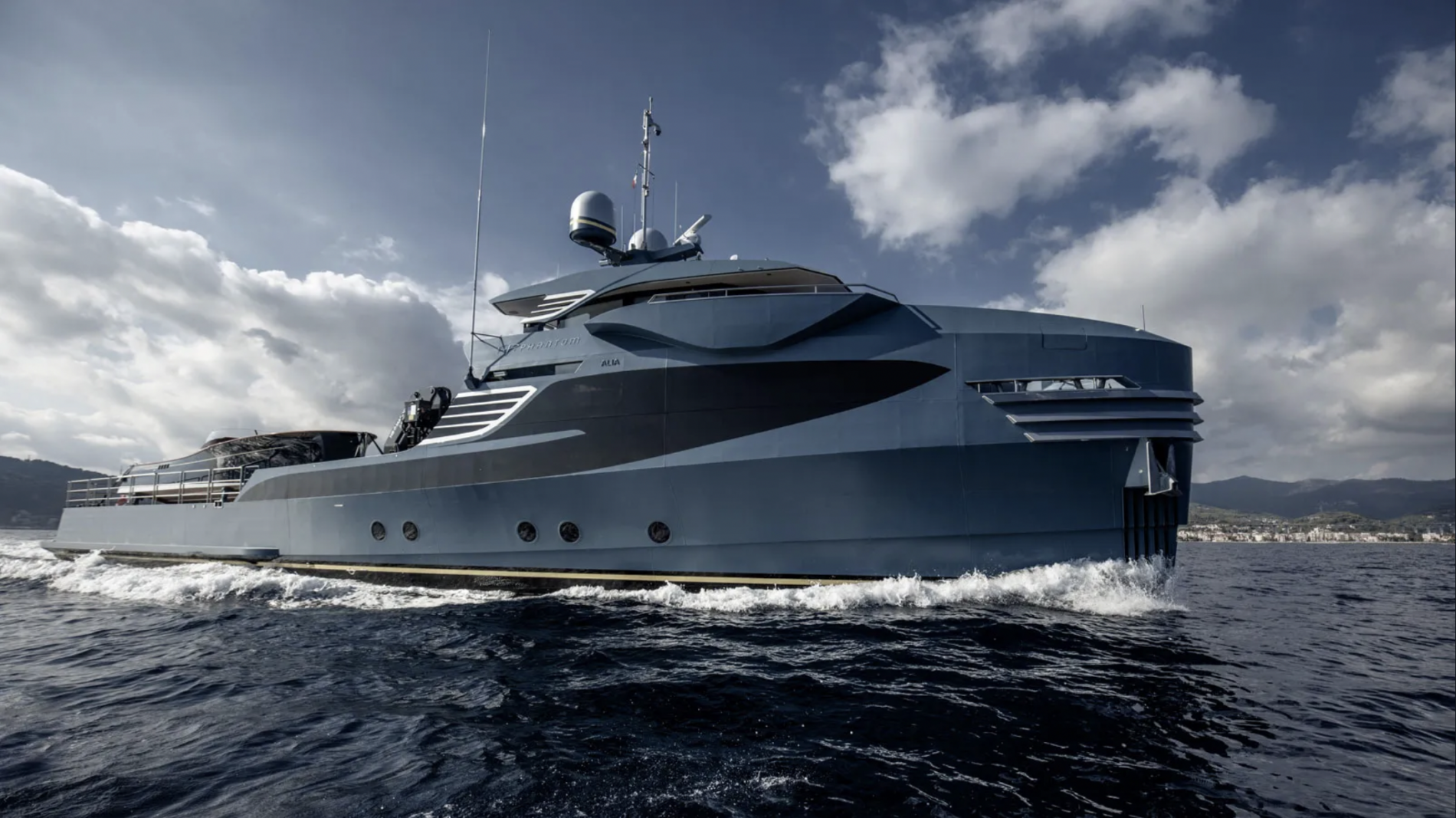 Described by the yard as a "beautifully sculpted workhorse", the yacht was first announced at the 2019 Monaco Yacht Show and is designed by Cor D Rover, with naval architecture by Van Oossanen.

It features the same design team that has penned the 55 metre superyacht Project Phi, which recently undertook sea trials. Sporting a fast displacement hull form, the shadow vessel will be used for transporting toys and tenders, as well as a small car and extra fuel for the mothership. It will also feature a large laundry and additional crew accommodation inside the 199GT interior.

Speaking about the shadow yacht, designer Cor D Rover said: “The exterior styling of Phi Phantom has everything to do with her mothership Phi and at the same time she is really and literally a shadow of the longer beauty queen.”

To achieve this, Rover looked at the "design DNA" of the mothership Phi, which includes "organically curved sheerlines, contrasting black and blue surfaces, and sharp-edged and curved wing stations". "As much as we were able to, given the constraints, we applied this DNA to Phi Phantom," he said.

Among the toys and tenders stored on the 150 square metre aft deck is a 12.3 motor yacht named Spirit of Phi built by UK yard Spirit Yachts, which is a "heavily customised version" of the yard's P40 model in wood. Elsewhere, Phi Phantom transports a small sailing boat, electric car and Jet Skis, as well as bikes, boards and an inflatable slide.

“We are so proud to see Phi Phantom floating,” said Gökhan Çelik, president of Alia Yachts. “The very engaged owner has worked with us every step of the way, giving us the support we needed to complete some very specific requests, including that requirement to use no filler on the hull."

Power comes from twin CAT C-32 engines for a top speed of 21 knots and cruising speed of 11 knots, resulting in a range of over 6,000 nautical miles.