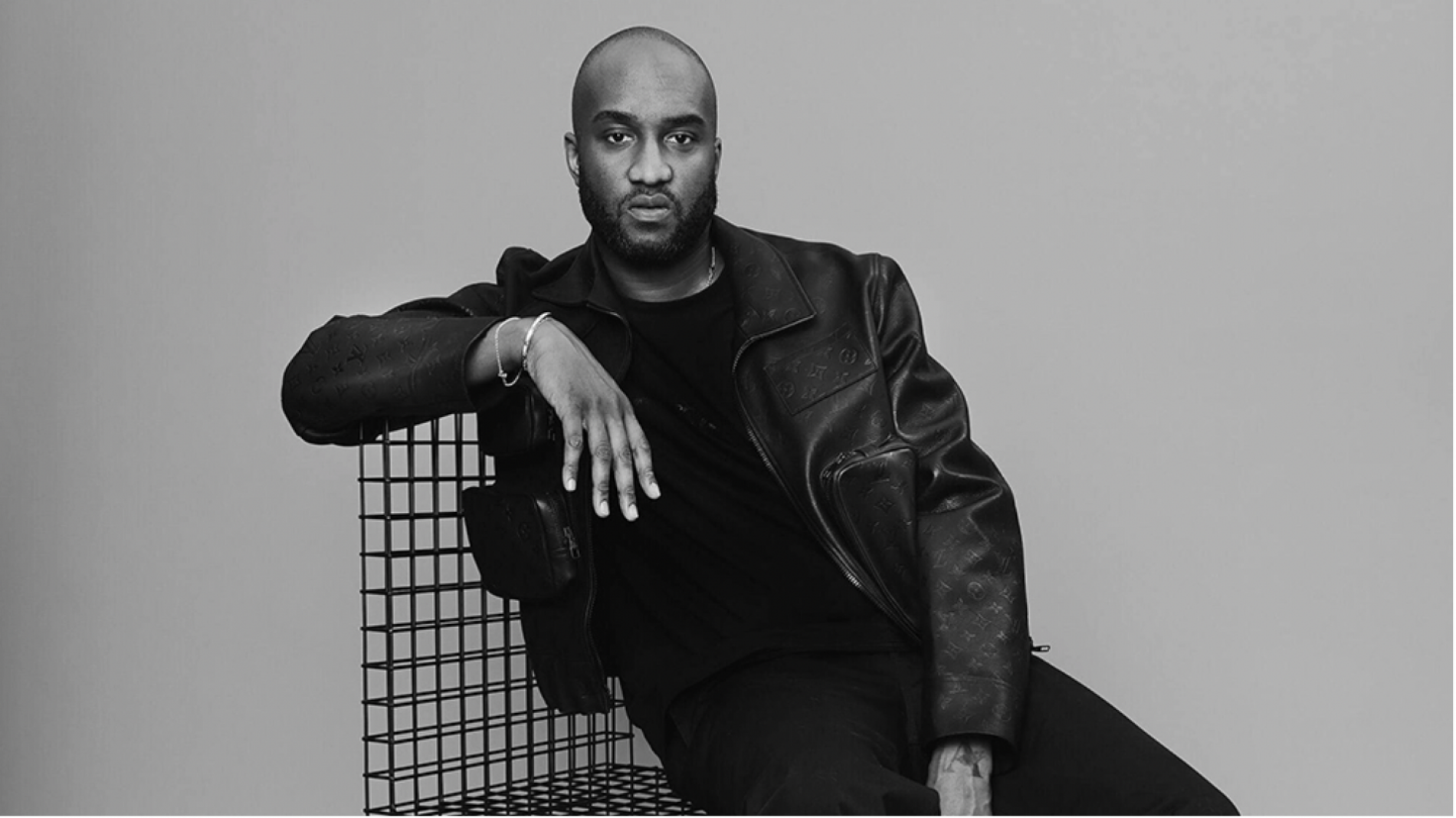 A BRIEF HISTORY OF VIRGIL ABLOH'S INDELIBLE IMPACT ON FASHION, CULTURE AND BEYOND.

In the wake of the designer's untimely passing, we're remembering some of his most significant contributions to the industry.

Virgil Abloh was a trailblazer. The designer, who died on Sunday at age 41, achieved more in his nearly 15-year career than most others hope to in a lifetime.

For the past two years, the artistic director of Louis Vuitton menswear and founder of Off-White had been privately battling a rare and aggressive form of cancer known as cardiac angiosarcoma but continued to forge new territory in the fashion industry. That he was working so intensely for so long under these conditions speaks to a strength and dignity that is often less remarked upon than his visionary leadership of the brands under his purview.

The outpouring of tributes from family, friends, peers, collaborators and fans shows the indelible impact the hardworking multi-hyphenate has had on the world of men’s style and beyond. As an outspoken advocate for diversity and inclusion, Abloh paved the way for emerging creatives and fought for marginalized voices to be heard.

“We are all shocked after this terrible news. Virgil was not only a genius designer, a visionary, he was also a man with a beautiful soul and great wisdom,” Bernard Arnault, chairman and CEO of LVMH, said a statement. “The LVMH family joins me in this moment of great sorrow, and we are all thinking of his loved ones after the passing of their husband, their father, their brother or their friend.”

Here, a selection of the many highlights of his career.

Abloh met musician Kanye West, another Chicago native, while studying for his master of architecture degree at the Illinois Institute of Technology. In 2009, they joined the same class of interns at Fendi, and a year later West named Abloh the artistic director of his creative agency, Donda. The multi-disciplinary agency created everything from album covers (the one for West’s 2011 collaborative album with Jay-Z, Watch the Throne, seen above, was created in collaboration with designer Riccardo Tisci) to immersive movie experiences and marketing campaigns. While Donda wouldn’t debut its first major project until 2012 (a film entitled Cruel Summer screened in a specially built cinema at that year’s Cannes Film Festival), Abloh’s influence would be felt on another one of West’s milestone projects. He was credited with the set design for the first Dw by Kanye West womenswear show, held during Paris Fashion Week in September 2011.

Abloh’s first foray into his own brand and the precursor to Off-White began as a DJ and creative collective called Been Trill, which eventually became Pyrex Vision. For the line, the disruptive designer appropriated existing pieces by adding his brand’s logo. Most notably, he took $80 flannels from Ralph Lauren’s Rugby collection, screen-printed the “Pyrex Vision” logo onto each shirt, and then resold them for $550. The project showed Abloh’s entrepreneurial edge and spirit of mischief and disruption.

His signature label launched in 2013. At the intersection of the hypebeast culture and the luxury industry, it blended streetwear with high fashion in unprecedented ways. The Milan-based label quickly gained a fanatical following, and now has some 49 locations around the world and a brimming A-list clientele.

Abloh cemented his reputation as a master of hype with a collection of ten sneakers created in collaboration with Nike. The first release, the Nike x Off-White Air Jordan 1, applied Abloh’s signature design motifs—air-quoted text, deconstructed details, zip-tie embellishments—to one of Nike’s most well-known models, setting off a new craze for Jordans. In the following years, Abloh designed some 50 sneakers for the sportswear giant as well as apparel, including the tulle-skirted look Serena Williams wore to the 2018 US Open. It was one of many collaborations that saw Abloh apply his deft touch to more than fashion, ranging home furnishings done with both Ikea and Vitra to a recycled plastic bottle for Evian to a one-off Mercedes-Benz G-Wagon.

In 2018, Abloh star went into orbit as his appointment at Louis Vuitton meant he was the first Black designer to helm a major luxury brand. His inaugural polychromatic collection was famously shown on a rainbow runway at the Palais-Royale gardens during Paris fashion week, watched by the fashion-world’s great and the good, as well as thousands of art students he invited, too.

“It is an honor for me to accept the position of Men’s Artistic Director for Louis Vuitton,” Virgil Abloh said in a statement at the time. “I find the heritage and creative integrity of the House are key inspirations and will look to reference them both while drawing parallels to modern times.”

During the outpouring of grief, frustration and anger in response to the killing of George Floyd, Abloh drew some ire for his comments about the public’s response, in particular the way he decried the looting of a handful of luxury stores in major cities. He was also roundly criticized for appearing to only have donated $50 to (F)empower, a Miami-based organization raising money to pay the bail of arrested protesters. He later clarified both the comments and the donation in a lengthy Twitter post, saying that he would continue to raise funds to help create opportunities for young people.

In late 2020, Abloh announced that he raised $1 million through the recently minted Virgil Abloh “Post-Modern” Scholarship Fund, in partnership with the Fashion Scholarship Fund (FSF), which will provide scholarships to Black people who aspire to work in the fashion industry.

“I’ve always been passionate about giving the next generation of students the same foundation for success that was given to me,” Abloh said at the time.

Earlier this year, LVMH announced plans to acquire a 60 percent stake in Off-White. At the same time, the luxury conglomerate gave Abloh a new role that expanded his sphere of influence to reach all 75 of LVMH’s brands—a move that made Abloh the most powerful Black executive in the industry and gave him the ability to work across LVMH’s portfolio on categories including like spirits, watches and hospitality.

“I’m incredibly excited to work together with LVMH on other possible collaborations—an evolution of the great relationship I have had with LVMH, Bernard Arnault, Michael Burke at Louis Vuitton and others,” Abloh said in a statement at the time. “I’m also honored to use this partnership to deepen my longstanding commitment to expand opportunities for diverse individuals and foster greater equity and inclusion in the industries we serve. This is an incredible new platform to take the disruption we’ve achieved together to a whole new level.”