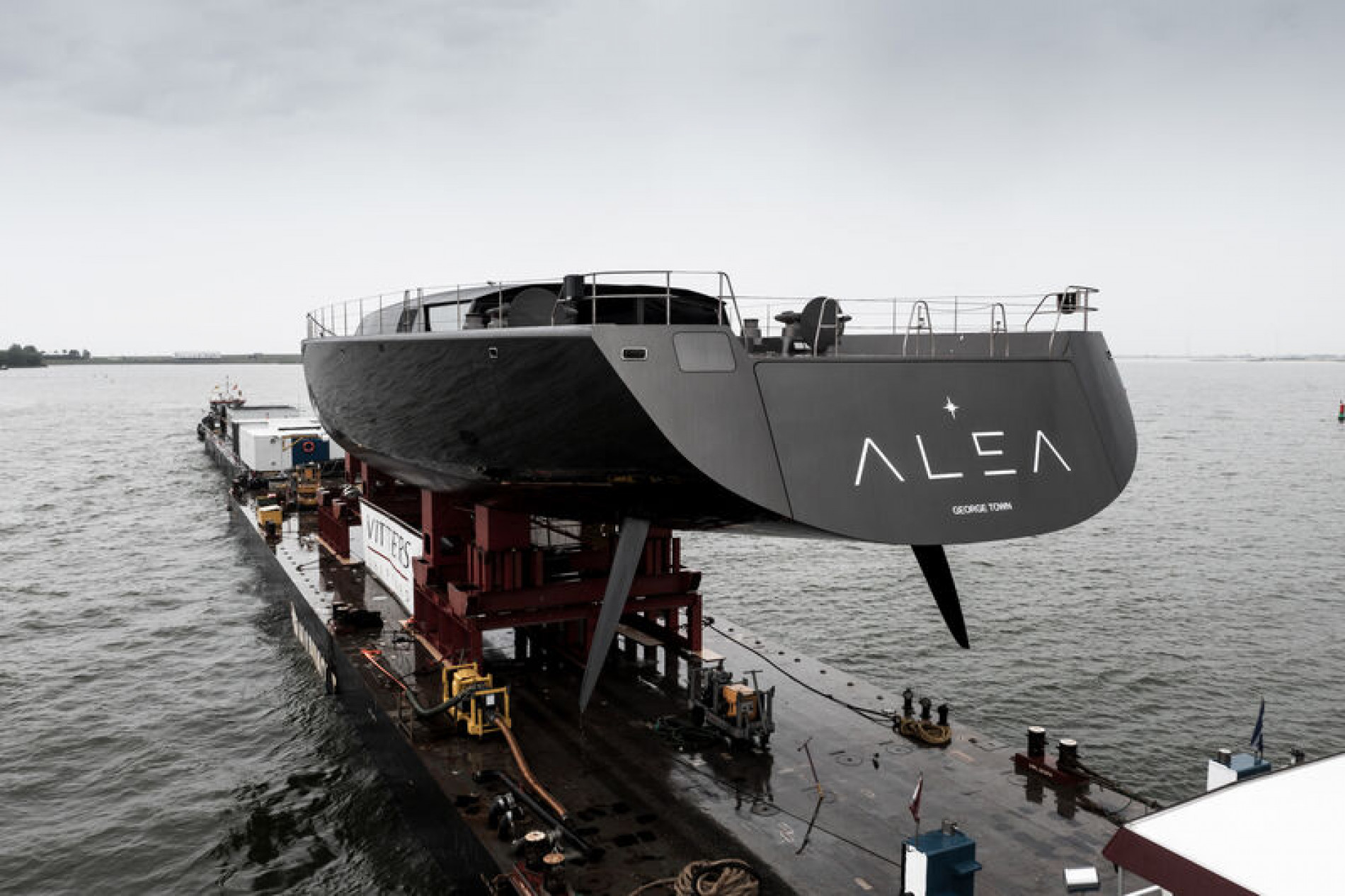 IN PICTURES: THE TRANSIT AND LAUCH OF VITTERS 56 PROJECT 3083, ALEA

Vitters’ 56-metre Project 3083, now called Alea, was pulled out of the shed two days ago ahead of her launch today, and our in-house photographer Ruben Griffioen has been hot on her heels. Ruben documented Alea’s transit across the Netherlands from Zwartsluis to Halingen, capturing her navigating the Dutch waterways. This morning he returned to Halingen to photograph the moment she made her first splash.

Alea has an estimated 320 GT and her interior design was curated by M2Atelier. Her exterior lines, however, came from the drawing boards of Mani Frers, who penned her with long, flowing lines to give her a clean, modern aesthetic.

Space has been a design imperative for this sailing yacht; she has five generous staterooms, a large aft deck, and a beach club, as well as two large tender garages. Alea offers her owner additional privacy as the main suite is located away from the guest staterooms, in the bow, while the guests will reside aft.

To get Alea into the water the team employed two Mammoet cranes. Notably, she’s the second-largest yacht to be launched by Vitters. The largest from the Vitters fleet is the 66-meter Anatta, which was launched in 2011. Alea won’t hold second place for long though, as the shipyard is busy working on a 59-meter sailing yacht, Project 3090, which will be launched next year.